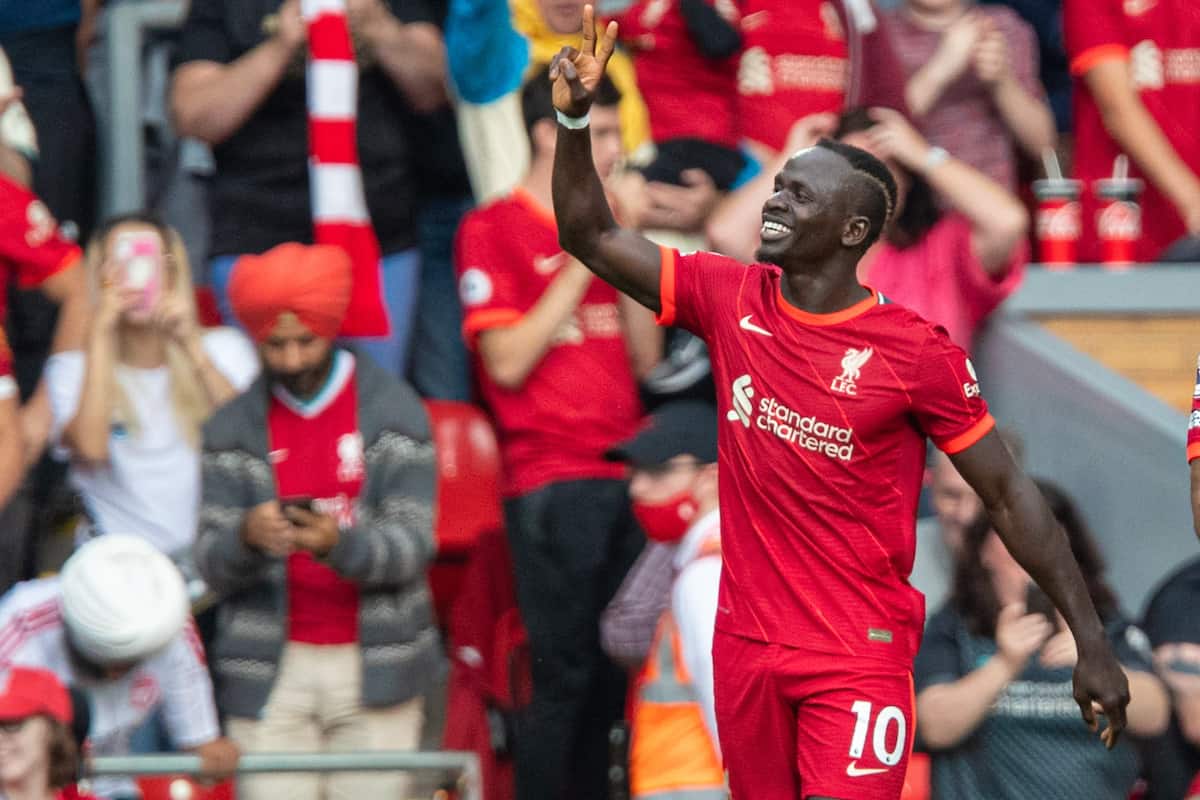 It has been a difficult year for Mane, by his own admission, but throughout a run of poor form the No. 10 has forged on admirably.

The 29-year-old began Saturday’s clash with Palace with a series of rushed moves and fluffed passes, but soon found momentum as he hit the back of the net before half-time.

Mane’s goal led the way for volleys from Mohamed Salah and Naby Keita to clinch the three points, and his strike was a significant one.

Since joining Liverpool in 2016, Mane has now scored 100 goals in 224 appearances, becoming only the 18th player to hit a century in the club’s 129-year history.

Sadio Mané has become the 18th player to score 100 competitive goals for Liverpool – and gets himself into the top 10 for fastest to reach the landmark, just ahead of Kenny Dalglish! #LFC #LIVCRY pic.twitter.com/dIavumYkmh

With his 100th goal, the Senegalese has drawn level with Keegan in the Reds’ all-time scorers list, having done so in 99 fewer games than the legendary forward.

At a rate of 2.24 games per goal, Mane is the ninth-most productive goalscorer in Liverpool’s top 20, and at only 30 goals short of Salah and Sam Raybould, could hope to break into the top 10 before his time with the club is up.

Remarkably, Mane also set a Premier League record with his latest strike at Anfield, surpassing the achievement of Van Persie in the process. 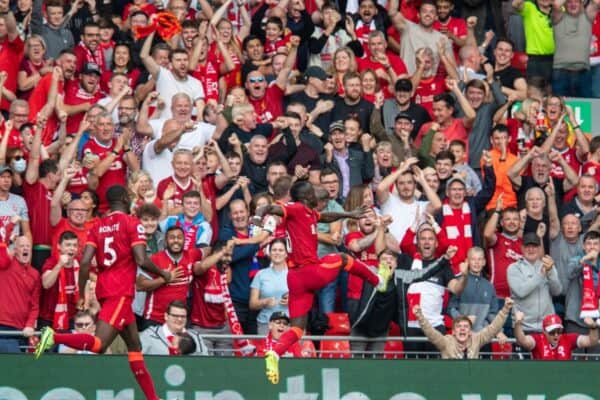 Mane has now scored in nine consecutive appearances against Palace, the longest run of any player in the history of the current English top flight against any one opponent.

Van Persie held the record having scored eight times in a row against Stoke, but the Dutchman has seen his feat surpassed by a player who also netted the Premier League‘s fastest hat-trick.

Speaking to BBC Sport after the victory over Palace, Mane joked that he would love to play Patrick Vieira’s side every week.

“I am lucky to score so many goals against Palace. The most important thing was the three points,” he said.

“Right place, right time. I am lucky. And happy. Thank you to all the fans, club and staff. Without them I am nothing.

“I would love to play against Crystal Palace. I am lucky. It would be great to play them every single weekend. In my head, I am always thinking it is possible. I will keep trying and trying and trying.”