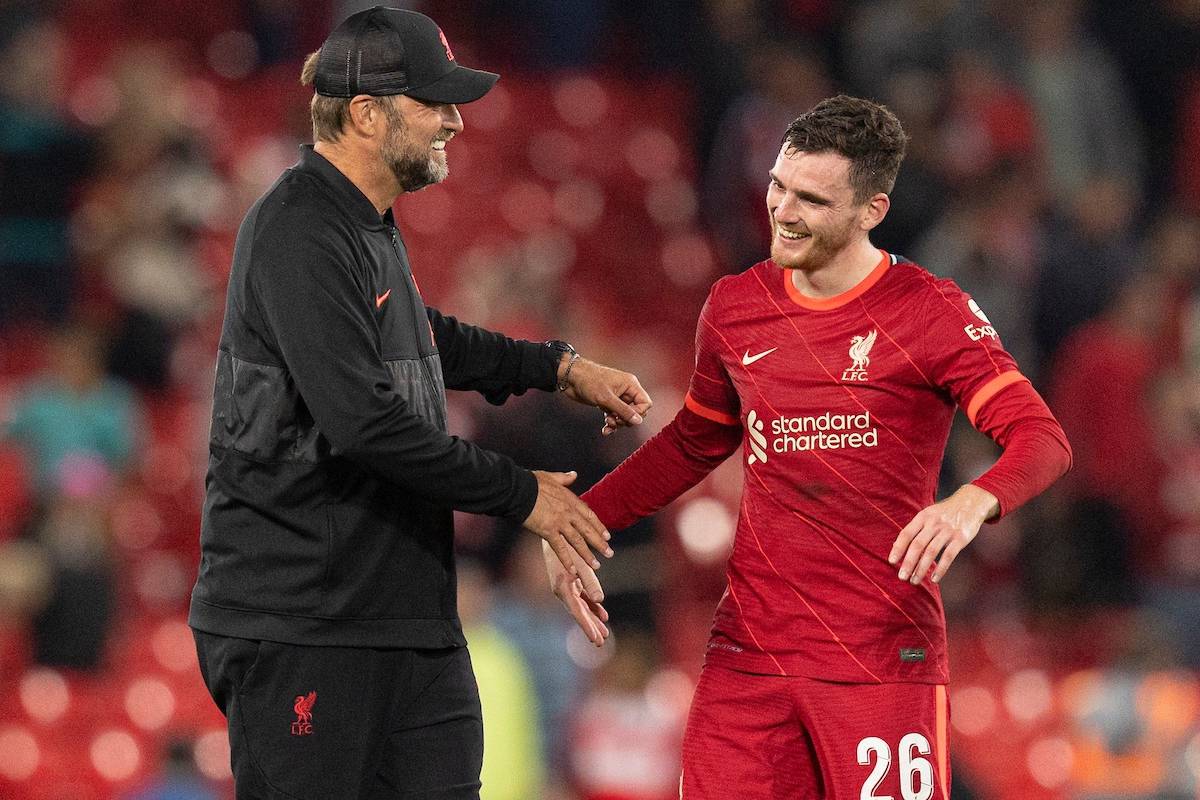 Jurgen Klopp has suggested that he will continue to rotate, after he made four changes for Liverpool’s 3-2 win over AC Milan, including starts for Joe Gomez and Divock Origi.

The Reds had been expected to line up with their strongest possible side on paper as they welcomed Milan to Anfield for the first time, but Klopp threw a curveball.

With four changes from the 3-0 win at Leeds on Sunday, Liverpool saw Gomez, Origi, Naby Keita and Jordan Henderson come in as Virgil van Dijk, Sadio Mane, Thiago and the injured Harvey Elliott dropped out.

For Gomez and Origi, the night brought a first start of the season, with the centre-back’s inclusion ending a run of four consecutive games with a Van Dijk and Joel Matip pairing.

Liverpool are currently on a stretch of seven games in 21 days, and speaking in his post-match press conference, Klopp hinted that more changes are to come.

“Virgil van Dijk, everyone who saw him warming up tonight would have thought: ‘Why is he not playing?’.

“But we have to be sensible in these moments. We have these three boys in the last line who all came back from long-term injuries, we have to manage that.

“We can’t do it differently, even if they are fit now – which is great.” 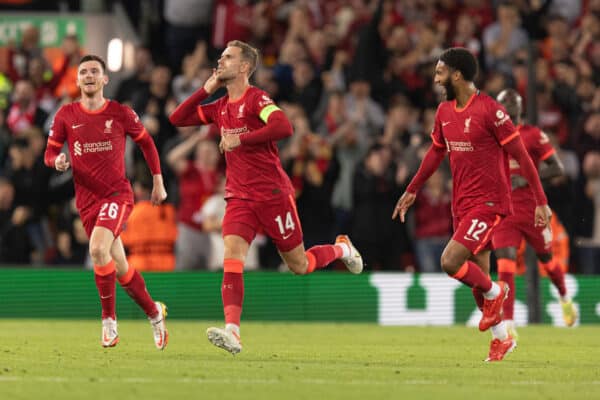 The highest number of games any of those midfielders have started so far is three, with , Henderson, Keita and Elliott the most-used while , Milner and Oxlade-Chamberlain have managed just one.

For Liverpool, it is simply a case of ensuring the engine room is as fit as possible, with two changes for the clash with AC Milan reflective of this approach.

“The others, of course, were not big changes,” Klopp continued.

“Naby Keita started already two or three games this season, Hendo didn’t start the last game so that was clear he would start; they played a super game, both of them.

“Fabinho had to go through. He did that, very important.”

Only three players have started all five of Liverpool’s games so far this season – Alisson, Trent Alexander-Arnold and Mohamed Salah – with a rest for Mane on Wednesday seeing him drop out of the ever-presents list.

There was genuine surprise when Origi’s name was revealed on the teamsheet, but Klopp was quick to defend his striker, who produced a solid display given the circumstances.

“Divock Origi, people forget so quickly in life,” he added.

“He’s an outstanding striker, did really well tonight, especially [because] for the longest time he didn’t start.

“It’s just really difficult to get in this team, to be honest.

“That sometimes makes life a little bit uncomfortable, but he’s a great guy and I’m really happy for him that he can play like this tonight.”