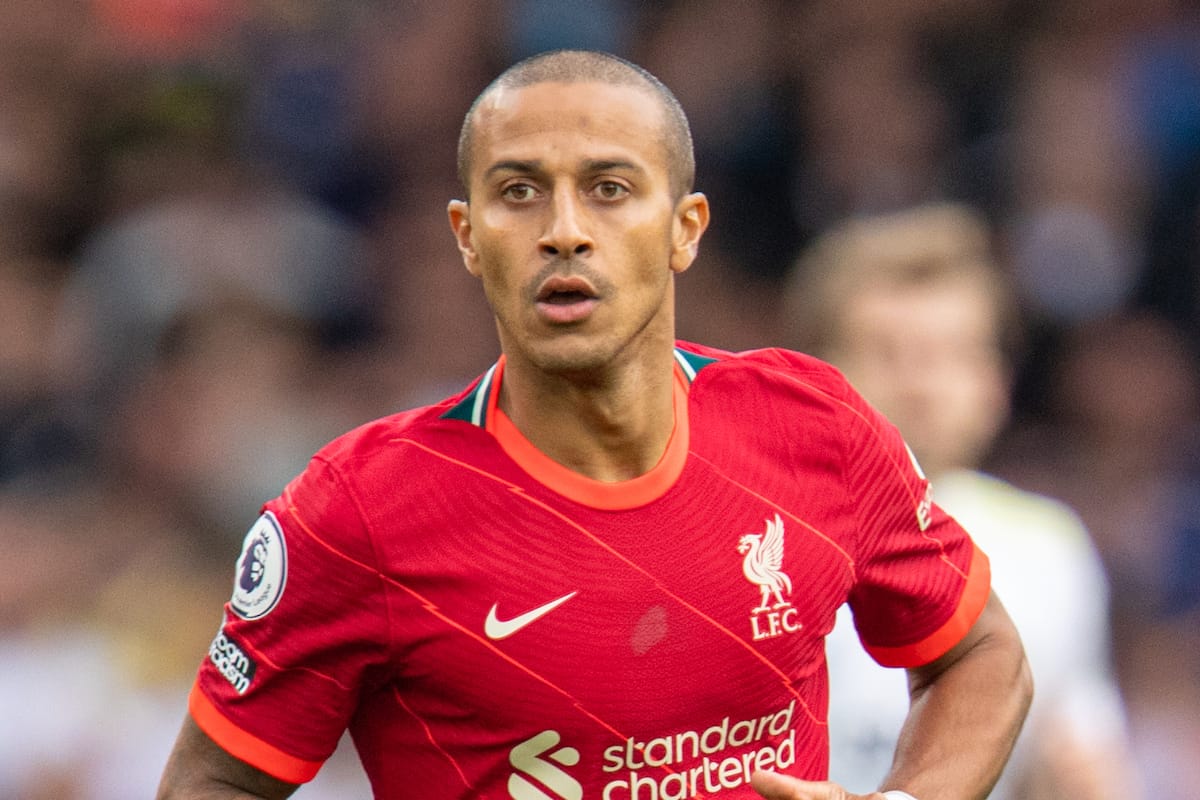 Liverpool will be without midfielder Thiago until after the international break, with Jurgen Klopp unable to put a timeframe on his recovery from a calf issue.

The Spain international went off against Crystal Palace at the weekend and missed the midweek League Cup clash – but he’ll now also sit out three more at a minimum.

Brentford on Saturday, Porto in midweek in the Champions League and, most crucially, the home fixture against Manchester City prior to the international break will all see the No6 still sidelined.

“That’s not 100 percent clear, when Thiago will be back,” Klopp said in a press conference.

“It’s a muscle in the calf issue obviously, so…after the international break, probably. I don’t think anything earlier is possible. We will have to see.”

The frustration in not having the Spaniard available comes after he had started to again exert great influence on the Reds’ play, having missed the start of the campaign while recovering from an injury which he carried through Euro 2020 in the summer.

Last season, of course, saw Thiago miss several months after a knee injury in the derby – after initial assessments had said it would be a much shorter time on the sidelines.

With his absence adding to Harvey Elliott‘s long-term injury and Naby Keita also now sitting out at least one more match with soreness, the Reds’ midfield options appear a little stretched – but James Milner‘s return from illness removes any immediate worries of players being out of position to fill in. 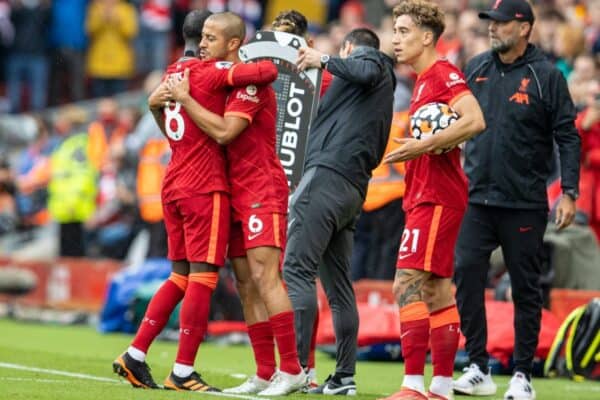 With Keita and Thiago missing, Klopp explained how it’s a frustration for all involved, particularly having been working to build up their fitness prior to the incidents which see them miss out.

“It’s not cool when the players had a good pre-season, could play a lot of games and now being out,” he added.

“But it happens throughout the season and hopefully when they come back that’s it now and they can play the rest of the season – that would be extremely helpful.”