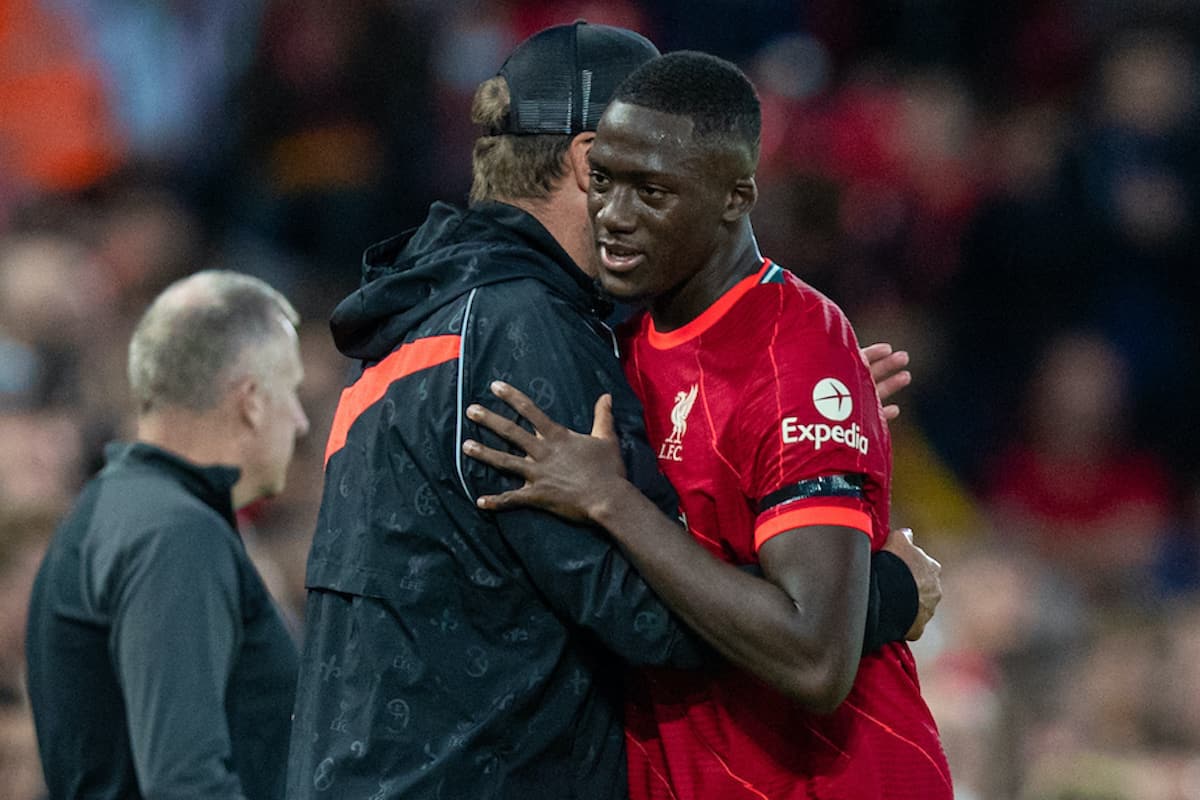 Jurgen Klopp has continued to defend how Liverpool approach their transfer business after a summer that saw just one new player arrive, while close rivals splashed the cash.

The term ‘net spend’ has closely followed the Reds under the ownership of FSG, with a sell-to-buy strategy meaning that Liverpool have been more conservative in the market than others.

The prices for Alisson and Virgil van Dijk are outliers, with the club prepared to spend big when the opportunity arises, but those were largely funded by the sale of Philippe Coutinho.

Now, losses stemming from the pandemic – estimated to be around £152 million – do not make for a cash-fluid Liverpool, who instead focused their attentions on tying down their key players while the likes of Chelsea, Man United and Man City spent big this summer.

Ibrahima Konate was the sole arrival, much to the frustration of many, but Klopp once again reiterated that this was what he signed up for and therefore not the issue many see it as.

“No, I’m not surprised [Man United signed Ronaldo], I was surprised, but it was a personal thing, that Cristiano left Juve because I didn’t know that will happen,” Klopp said.

“Clubs do business. My problem is obviously my English because from time to time I obviously annoy other managers without wanting to.

“I’m not interested, why should I? I say something, I think it’s right and then a few days later I hear a response from somebody and think, ‘Eh? Why is he on his toes?’

“I honestly could not care less what other clubs are doing.

“In a few weeks I am six years here, I signed up for this way when I arrived here.

“In all the transfer windows it is the same. And it’s always the same that we then get asked ‘why you don’t do that.’

“We thought it makes sense that we sign up our squad in the moment and we did that.

“That is not as spectacular as all the rest but I cannot change that because you cannot do a transfer just to for the circus.

“But other clubs signed players, fine. Now we will play them and we will see what we can do.”

The conviction of his words spoke more about the constant question of Liverpool’s transfers, or lack thereof, rather than at the situation itself.