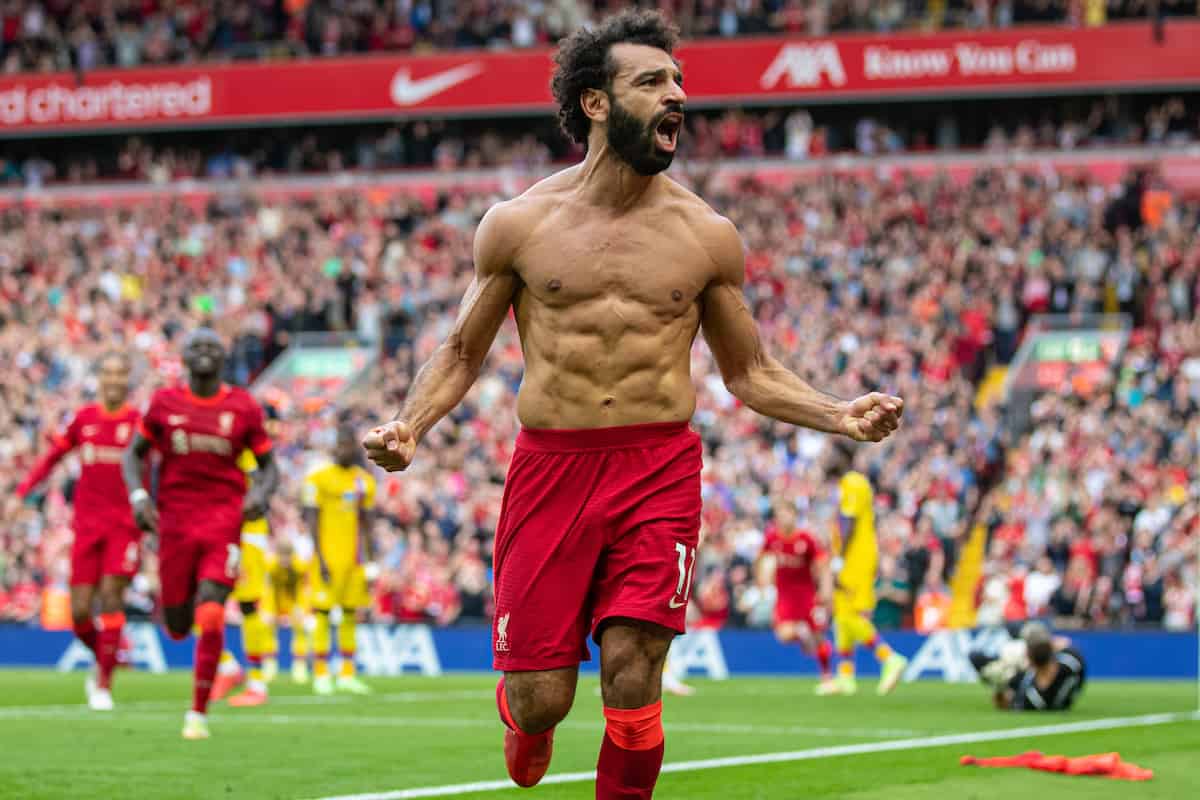 Jurgen Klopp named his second-oldest XI as Liverpool manager, with James Milner coming in for Trent Alexander-Arnold, who was missing due to illness.

It meant that Milner was up against Wilfried Zaha – the player who he had fouled on both of the two occasions he’d been sent off for Liverpool previously.

Meanwhile, there was a debut for Ibrahima Konate, alongside Virgil van Dijk, and with Kostas Tsimikas at left-back it meant a completely new back four from the midweek win over AC Milan.

It was a very lively, quick-paced opening to the game, with Palace actually hitting the Reds’ post twice inside the opening three minutes – although the latter was ruled offside. The first required a superb claw away by Alisson on the line.

Liverpool then exerted their control, with Diogo Jota going close and Jordan Henderson forcing a decent save when he met Mane’s cross on the volley at the back post.

Liverpool dominated proceedings but had some sloppy moments – not least when Jota inexplicably hammered over the bar from five yards out after Thiago‘s header had been parried to him.

The deadlock was broken just before half-time when Salah superbly met Tsimikas’ corner and his header was rebounded for Mane to finish from close range.

It meant that Mane became the first player in the history of the Premier League to score against the same opposition in nine consecutive appearances! It was also his 100th goal for Liverpool in all competitions.

Chances were few and far between in the early exchanges of the second half and Palace brought on Odsonne Edouard – who last week became the quickest ever goalscoring debutant in the Premier League.

Liverpool, meanwhile, lost Thiago to injury. Naby Keita replaced him on the hour – his shot tested Guita, who again parried the ball and was forced into a second save from Salah on the rebound.

Curtis Jones later replaced Jota after a poor display from the Portuguese.

Some sloppy play had encouraged the visitors into attack, but Liverpool got the second goal they needed when Salah expertly volleyed past Vicente Guita off a corner at the back post.

‘The Reds have got no money, but we’ll still win the league,’ chanted the Kop.

Another superb Alisson block denied Edouard minutes later. The Brazilian had earlier denied the same player from close range and was unflappable throughout.

The icing on the cake arrived when Keita volleyed home superbly from the edge of the box after Guita had once again punched another corner into a dangerous area.

In the end, a comfortable win and an impressive scoreline. Four wins from the opening five games puts Klopp’s side top of the table.

And the Reds were further buoyed by news of Man City dropping points in their 0-0 draw with Southampton at home.