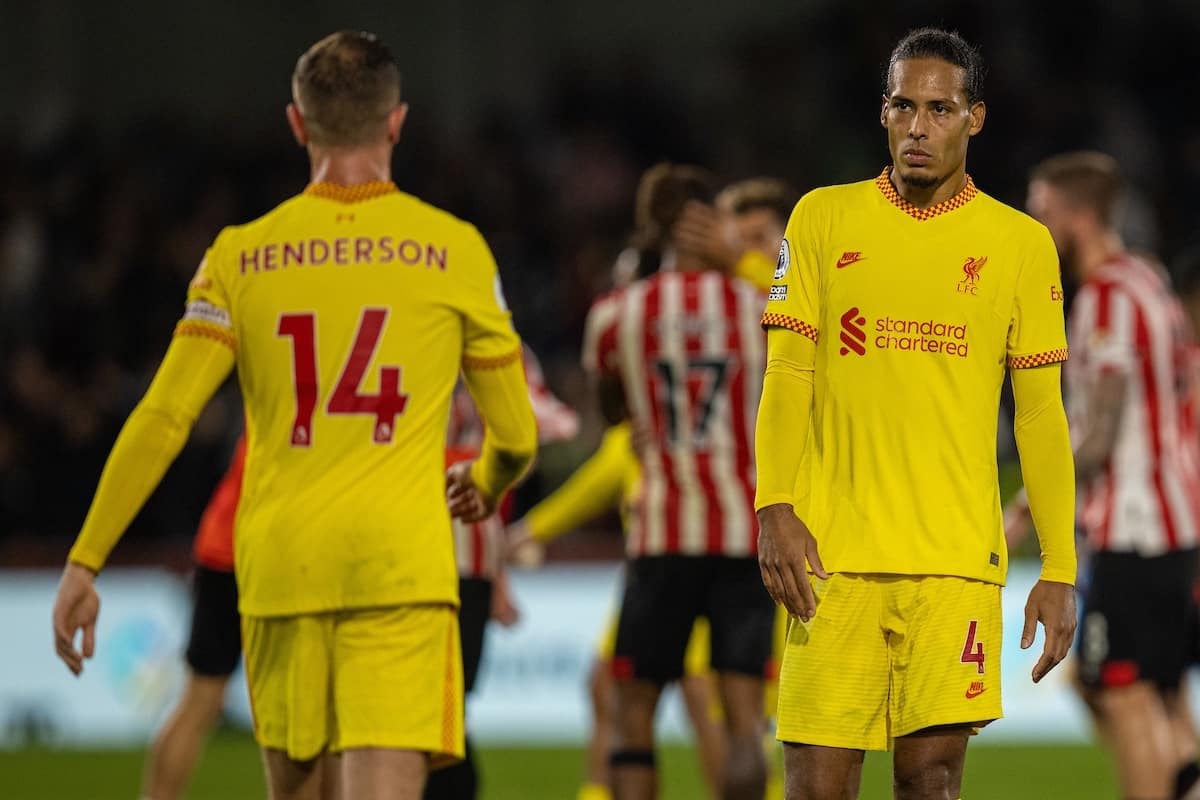 Blink and you would have missed something from Liverpool’s chaotic 3-3 draw at Brentford, but there was an immediate call for perspective as the Reds remain unbeaten in the Premier League.

They are the only team that can lay claim to that title, but there was an overwhelming sense of a missed opportunity on Saturday night.

For the sixth time in eight games, the Reds put the ball in the net on three separate occasions and while it was enough for a win in the first five it was not the case at Brentford.

Diogo Jota, Mohamed Salah and Curtis Jones all etched their name on the scoresheet, but a lot of goals were left on the pitch and an uncharacteristically shaky defence left plenty to stew over.

“We came here and we played well but they’re a good side as well, so I thought a draw was actually fair,” Curtis Jones told LFCTV. “They’re a very good side, they were hard to play against, so fair play to Brentford.”

The manner of the draw made it a bitter pill to swallow for many, with disappointment the keyword for Jordan Henderson and Jones having failed to hold onto the lead:

For Fabinho, it was clear that the “fight” was very much on show from the team but now they have to quickly move on and conquer the next challenge:

Unbeaten with four wins and two draws, the highest-scoring team and currently top of the table is all the perspective that is needed for Virgil van Dijk, meanwhile.

A point is a point and while it was “not the result we came for,” it’s another added to the board:

Considering Liverpool’s position throughout the game and having plenty of opportunities to seal the win, it was a tough result to take when you also consider the uncharacteristic errors.

But the Reds can ill afford to lament for long as a big week lays ahead, first with a trip to Porto in the Champions League before Man City arrive at Anfield next Sunday.

A win over the latter will create an early four-point buffer and ensure Klopp’s side heads into the second international break of the season with a spring in their step. Let’s get to it!