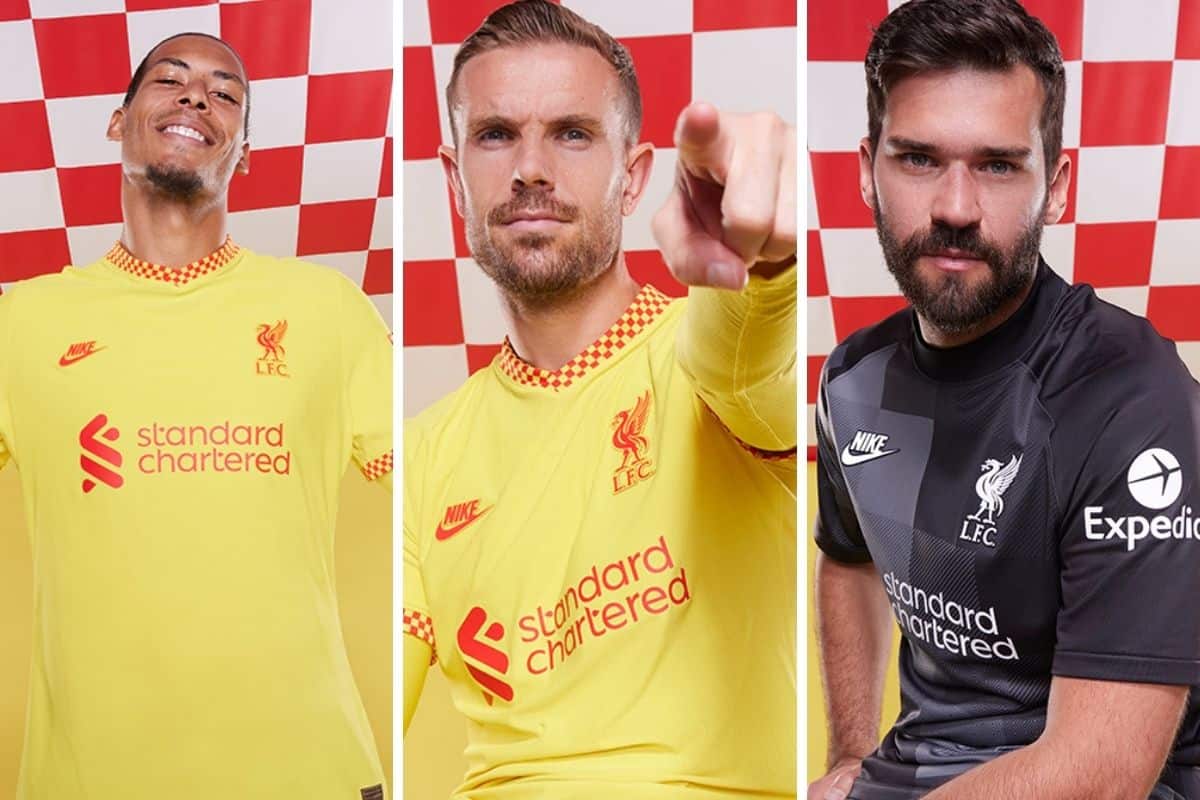 Liverpool have finally unveiled their new Nike third kit for the 2021/22 season, with a wide collar design based on the chequered flags of the Kop.

It’s the Reds’ first yellow kit since the 2014/15 season, with the colour having become synonymous with LFC away kits during the 1980s.

The club write that the kit design is drawing inspiration from one of the most iconic stands in football, an iconic night in Europe and a rich history of yellow change kits.

The red-and-yellow chequered trim on the collar is, according to LFC, inspired by the passion and energy of the Kop and the chequered flags that first illuminated the Liverpool FC end of the stadium in the 1977 European Cup Final, that then set a precedent for all future big European nights. 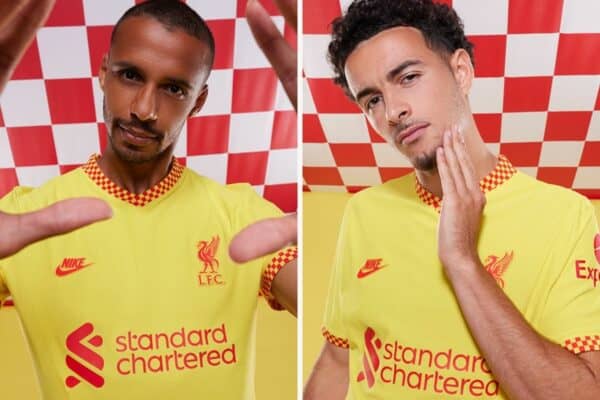 On the nape of the neck, the 96 emblem encased by the eternal flames sits proudly in memory of the 96 children, women and men who lost their lives at Hillsborough. From the 2022-23 season onwards, the 96 emblem will change to 97 in recognition of Andrew Devine, the 97th person unlawfully killed as a result of the Hillsborough disaster. Unfortunately, it was not possible to change the emblems for the 2021-22 campaign. 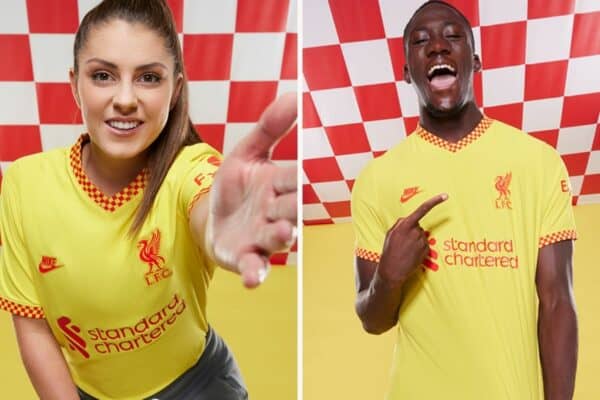 As with previous seasons, the club is offering a 10% discount off the price of the third kit to all LFC official members. New for this season, the Reds are extending this offer out to UK key workers via Blue Light and Network, and also to students in the UK via Student Beans.

Fans who purchase any third kit before 26 September will also receive a £10 Liverpool FC Retail voucher to spend in store or online. 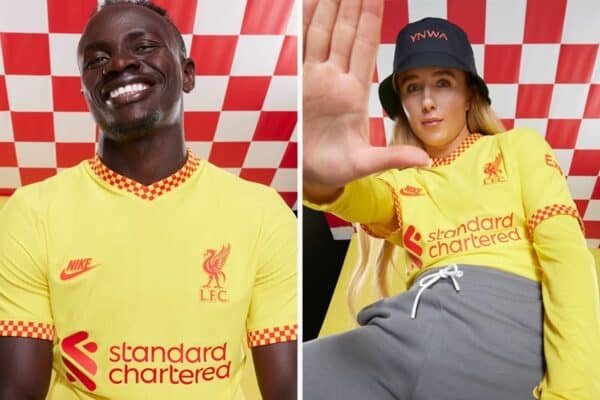 Just like this season’s home and away kits, the third shirts have been constructed with 100% recycled polyester fabric, which is made from recycled plastic bottles.

* The new third kit is available for pre-order online from the official Liverpool FC online store and will go on general sale for purchase in-store and online from 21 September.