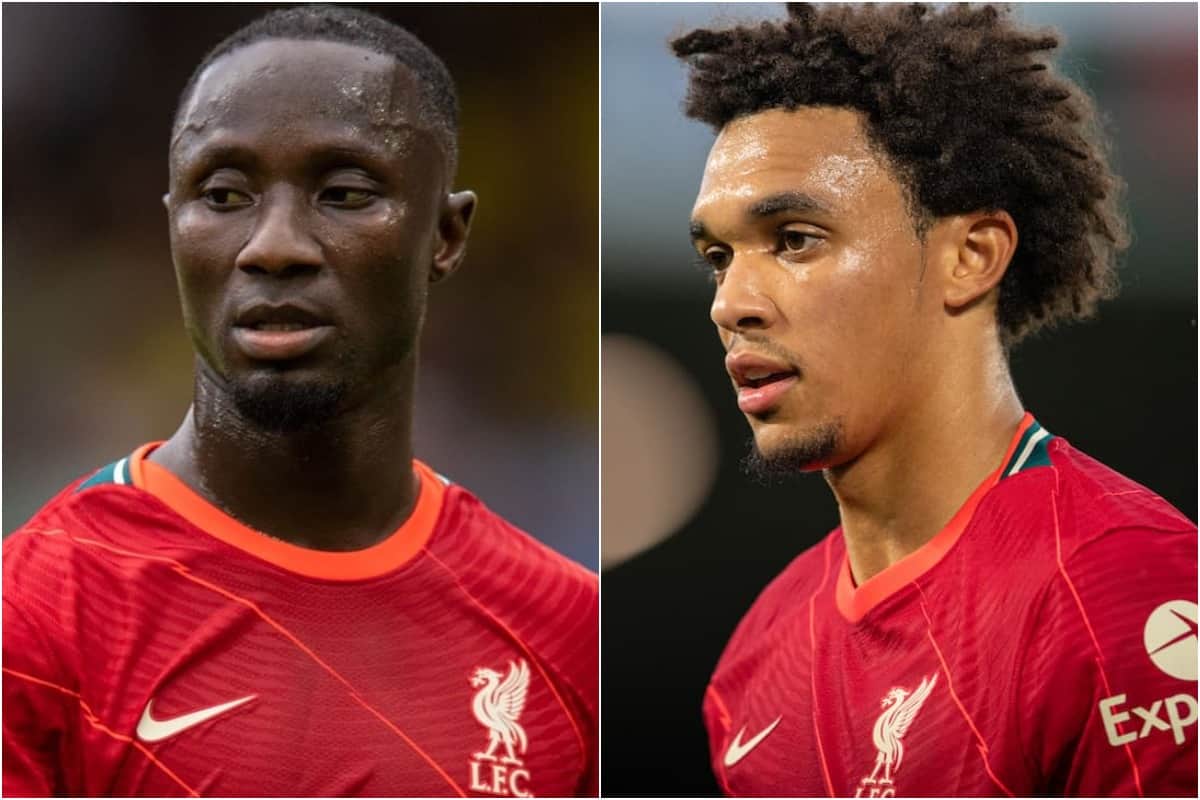 Liverpool will be boosted by the return of up to three players this weekend for the trip to Brentford, but central midfielder Naby Keita is set to miss out.

It’s the Reds’ first visit to the new Brentford Community Stadium, and their first fixture against Brentford in any competition since 1989, when Peter Beardsley, John Barnes and Co. ran riot in a 4-0 FA Cup win.

That great side had a formidable attacking unit and the modern-day Reds have similar – and the front line could see the return of its original component under Klopp this weekend, with Roberto Firmino back in training. 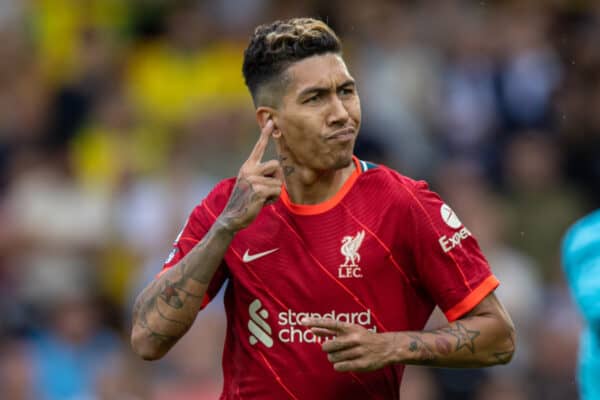 It’s still touch and go whether he’s involved at the weekend, but he’ll at the very least be back for the Champions League encounter in midweek if not.

“Bobby trained already for two or three days, so he is back in contention, let me say it like this. We used him a little bit as a ‘joker’ [playing for both teams in training],” Klopp explained to the club website.

“But he will be in the normal training and then we have to make a decision if we take him with us or not. Porto, 100 per cent. Brentford, we have to see.”

However, there was more certainty over other areas of the team, with two midfielders definitely out and right-back appearing to now simply be whichever of this season’s league options in the role is most fit and ready after illness, with Trent Alexander-Arnold likely to step back into the side after missing the last two.

“Trent was not injured, Trent was a little bit ill. He’s back in training, trained yesterday and will be fine. James [Milner] was a similar thing to Trent, so he should be recovered. I saw him running around here, nobody told me differently – I assume he will be in training today.

“Naby [Keita] probably not. It’s not a serious thing but we have to wait until the pain settles, pretty much. We will see about that. Thiago [Alcantara], no chance.”

Neco Williams has also taken his first sessions with the team, Klopp confirmed, and he’ll now be monitored on an ongoing basis to see if he joins in day-to-day or needs more time to recover fully. Harvey Elliott is of course a longer-term absentee.

Klopp’s press conference takes place at around 10:45am on Friday, at which time he may offer more concrete information on whether Firmino will be part of the squad heading south on Saturday.