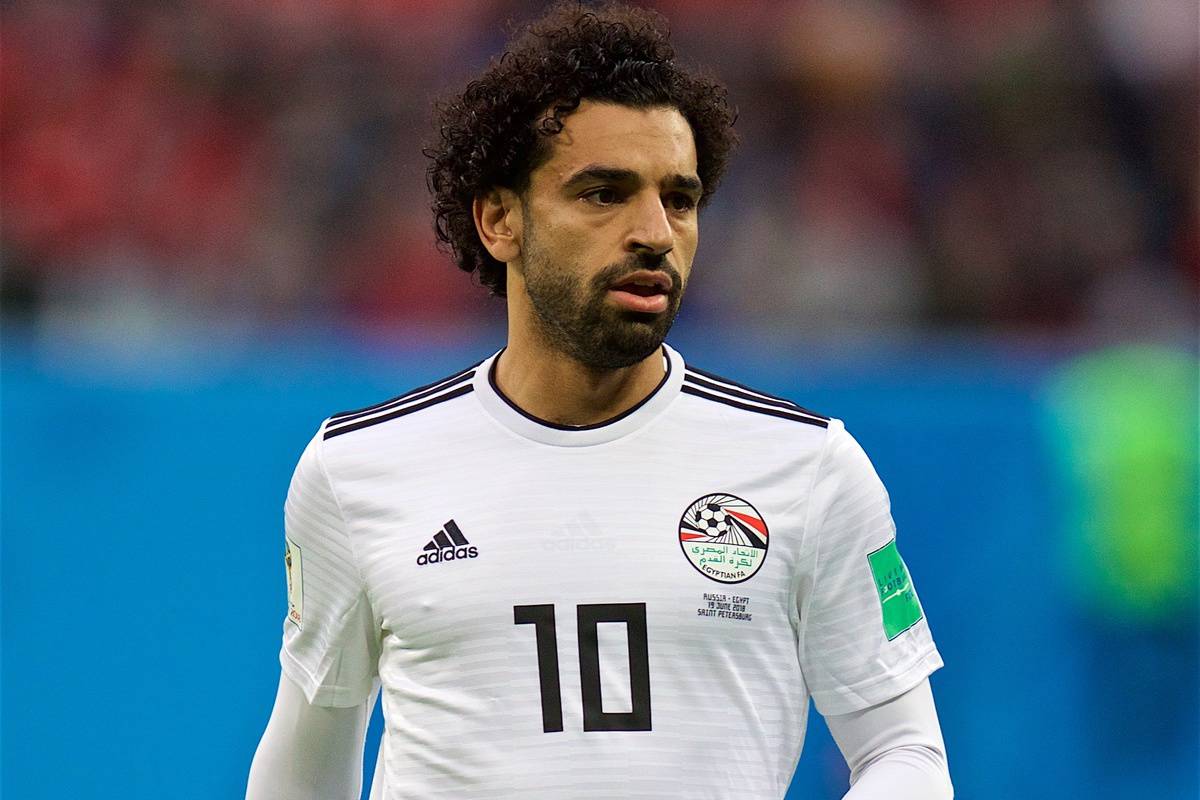 Mohamed Salah made his return for Egypt after missing their first World Cup qualifier of the break, while Liverpool right-back Conor Bradley featured for Northern Ireland.

Salah was not permitted to join his country for their 1-0 win over Angola last Wednesday as he would have been required to quarantine for 10 days upon his return from red-listed Egypt.

But with Egypt travelling to amber-listed Gabon for their second game of the break at the weekend, the 29-year-old was released for duty.

Unsurprisingly, Salah started the clash in Franceville and played the full 90 minutes, but it was a disappointing result for Egypt as they saw Omar Gaber sent off and were held to a 1-1 draw.

Gaber’s sending-off for two yellow-card challenges was very harsh, and Gabon were able to capitalise as Jim Allevinah put them ahead two minutes later.

But Salah was overjoyed as Mostafa Mohamed’s persistence led to an equaliser in the 90th minute, heading home at the second time of asking to ensure a share of the points on a frustrating night.

Back in Europe, Jordan Henderson and Trent Alexander-Arnold both started in midfield as England took on Andorra at Wembley, though the No. 66 didn’t stay there for long.

It was a failed experiment as Alexander-Arnold was caught on the periphery throughout the first half, before swapping with Reece James and improving significantly at right-back, playing a role in England’s fourth goal in a 4-0 win as Bukayo Saka headed home.

The pair both played 90 minutes, though they are likely to shuffle back out for Wednesday’s trip to Poland.

Meanwhile, Kostas Tsimikas played 89 minutes as Greece were to a 1-1 draw by Kosovo, and Bradley was given his second senior cap as he came off the bench in Northern Ireland’s 1-0 friendly win over Estonia.

Bradley, who only turned 18 in July, is being fast-tracked for both club and country, having kept his place in Ian Baraclough’s squad despite a host of key names returning this time around.

Two teenagers clinched silverware at under-18s level as Melkamu Frauendorf’s Germany won the Vaclav Jezek Memorial tournament with a 3-2 victory over the Czech Republic, while Stefan Bajcetic’s Spain drew 2-2 with France to triumph in the Lafarge Foot Avenir.

Ben Woodburn was an unused substitute as Wales scraped a 3-2 win over Belarus, with Gareth Bale scoring a hat-trick.