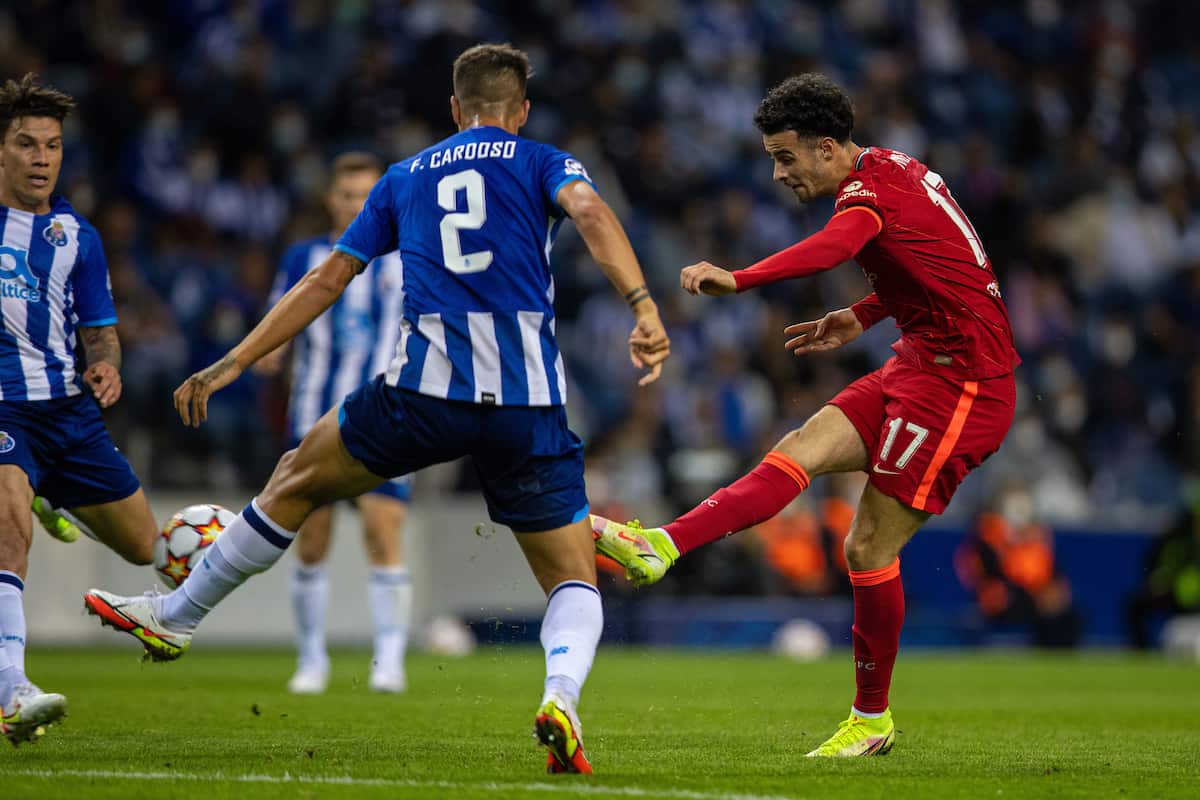 The superb Curtis Jones was the standout player in Liverpool’s 5-1 win away to Porto on Tuesday, though many impressed on a five-star night.

The Reds were back in Champions League action in Portugal, looking to build on their thrilling 3-2 victory over AC Milan last time around.

Mohamed Salah put Liverpool 1-0 up from close range and Sadio Mane repeated the feat before half-time, doubling the visitors’ advantage.

Salah sealed his brace in the second half, and while Porto scored a consolation, there was still time for substitute Roberto Firmino to net twice.

The victory means Jurgen Klopp‘s men are top of Group B with maximum points after two games, with Atletico Madrid winning 2-1 away to AC Milan. 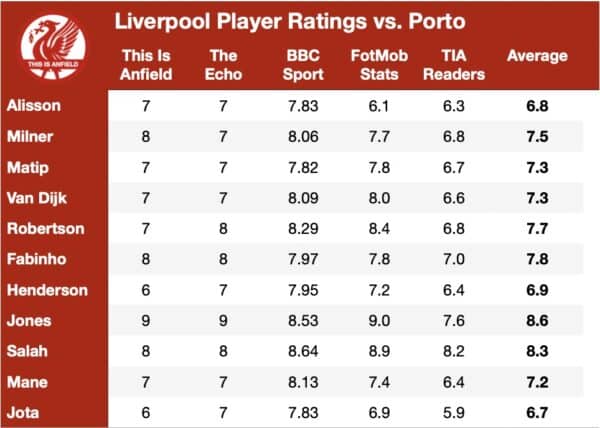 Jones (8.6) deservedly received the highest average rating, on a night when he had a hand in four of the five goals.

There was a maturity to the 20-year-old’s all-round display, as he once again showed what a huge future he has at Anfield.

The Echo‘s Ian Doyle described it as a “superb showing” by Jones, who now has a real chance to cement his place in the team.

Meanwhile, TIA gave the youngster the Man of the Match award, praising him for being “aggressive and quick to win back the ball in midfield.”

In second place was Salah (8.3), who registered his seventh and eighth goals of the season already.

FotMob pointed out that Liverpool’s No. 11 played two key passes against Porto, as well as enjoying a 100 percent shot accuracy.

Completing the top three was Fabinho (7.8), who “helped the Reds dominate midfield,” according to Doyle.

Diogo Jota (6.7) was considered the worst player in Portugal, as he drew a blank on the night.

TIA rued the fact that the forward “spurned a couple of openings,” on an uncharacteristically sloppy evening in the final third.