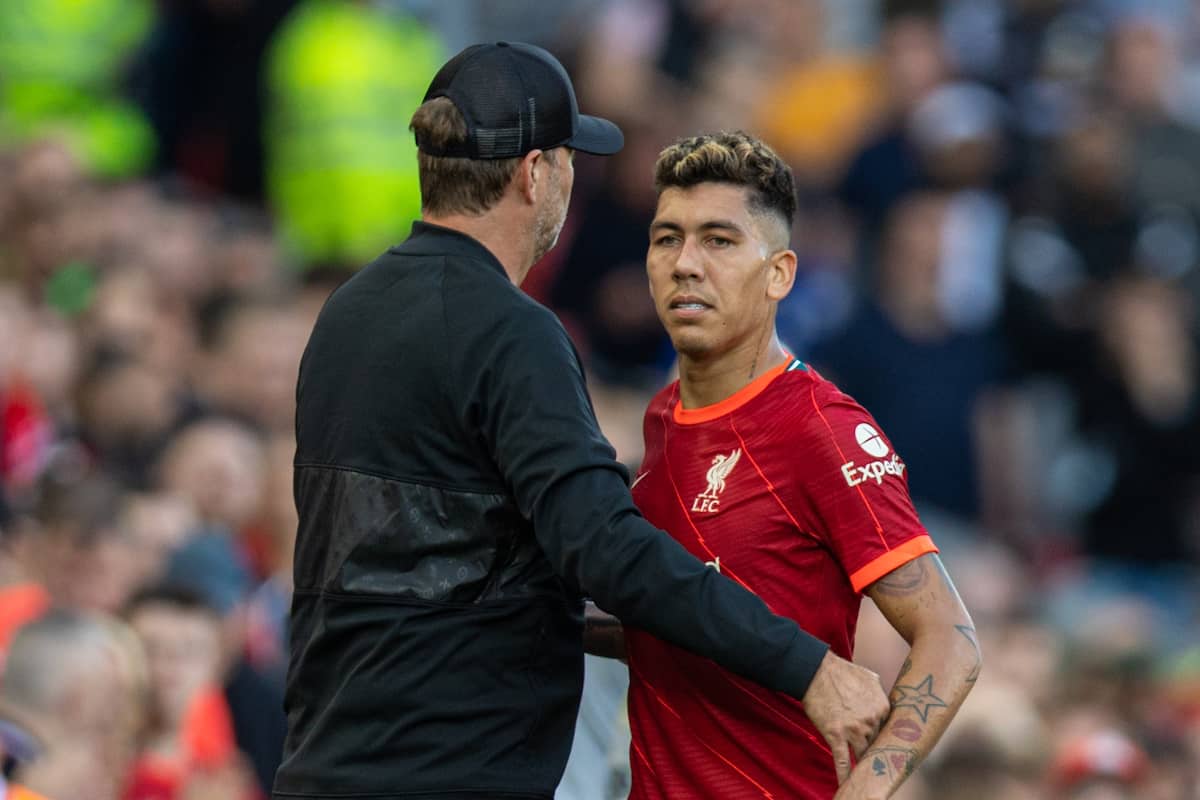 Roberto Firmino has made a positive step in his recovery from a hamstring injury by returning to light training this week.

The No. 9 was an early substitute against Chelsea before the international break after grimacing in discomfort on the cusp of half-time.

Jurgen Klopp had hoped it would not be “too big of a problem” and subsequent scans would show just that.

The timing of his injury, however, ensures he is to miss a handful of games with Liverpool to play three games in the next six days alone, starting with the trip to Leeds.

But Firmino’s return to light training is a welcome step two weeks on from the point of injury, with The Athletic’s James Pearce reporting the No. 9 has started jogging outside at Kirkby in addition to some ball work.

With a long season ahead, a realistic target for a return could be against Brentford on September 25, which would be four weeks after the hamstring issue was sustained.

That would mean the 29-year-old would be in contention for the games against Porto and Man City, both of which precede another international break in October.

With Takumi Minamino also sidelined, Mohamed Salah, Sadio Mane and Diogo Jota will continue to lead the line for Klopp’s side in the short-term, with mass changes only expected at Norwich in the League Cup on September 21.