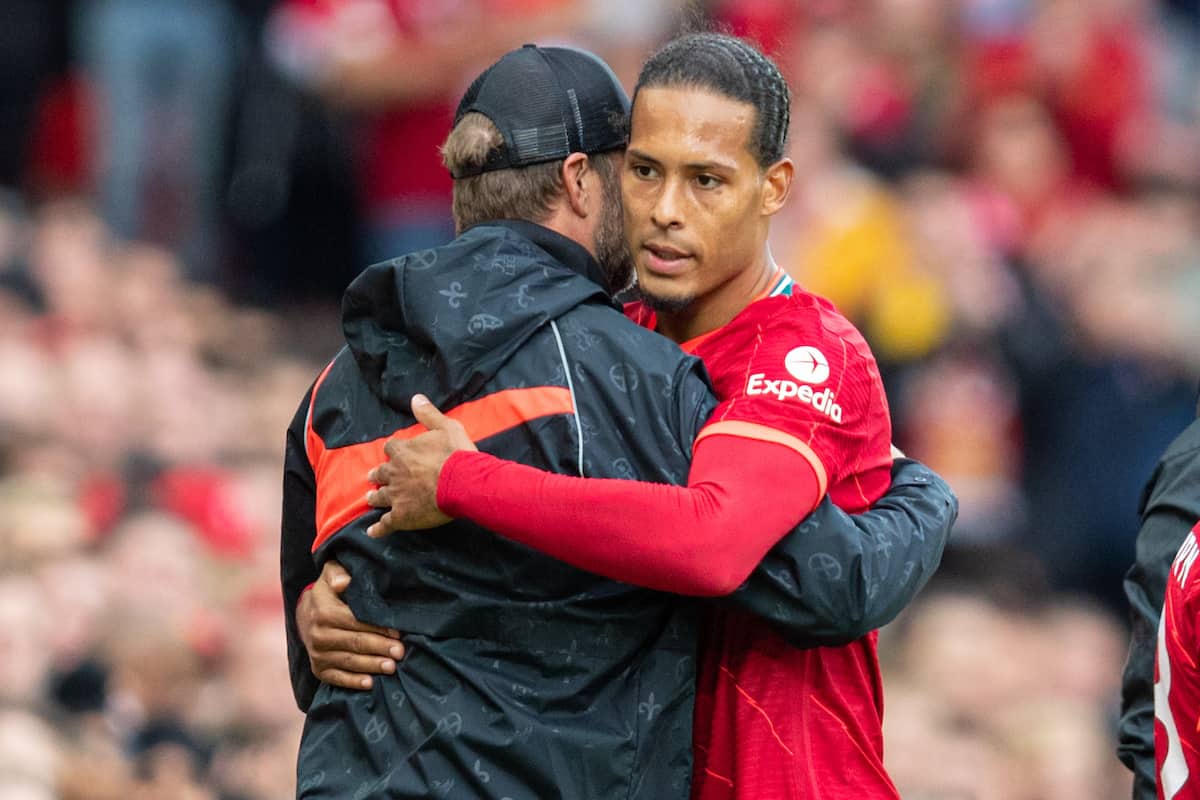 Liverpool defender Virgil Van Dijk has reassured manager Jurgen Klopp he is 100 percent fit for the trip to Leeds despite an injury scare on international duty.

The Holland captain went down holding his ankle after a tackle by Turkey’s Halil Dervisoglu in Tuesday’s World Cup qualifier and that immediately set alarm bells ringing.

“With Virgil, that was obviously a scary moment, you can imagine,” Klopp told LiverpoolFC.com.

“So, yeah, that was a bit of a tricky moment but apart from that, no, all fine [for the other international players].”

Forward Roberto Firmino will not make Sunday’s match at Elland Road – even if the dispute between the Brazilian FA over the failure of players to attend World Cup qualifiers in South America over quarantine concerns is resolved.

Firmino sustained a hamstring injury against Chelsea in the last match before the international break, although Harvey Elliott is fit despite being released early from England’s under-21 squad because of injury concerns.

Takumi Minamino, injured on international duty with Japan, is unavailable while James Milner, who was sidelined before the break, is doubtful.

Klopp will also check on midfielder Naby Keita, who safely returned from Guinea this week after a military coup in his homeland, but does not expect the midfielder to have any issues.

“Naby is fine. Yesterday he was not here [at the training ground] but he was in Liverpool again,” added Klopp.

“I will have a chat with him but from what I know from all the calls and talks we had, he’s fine.”