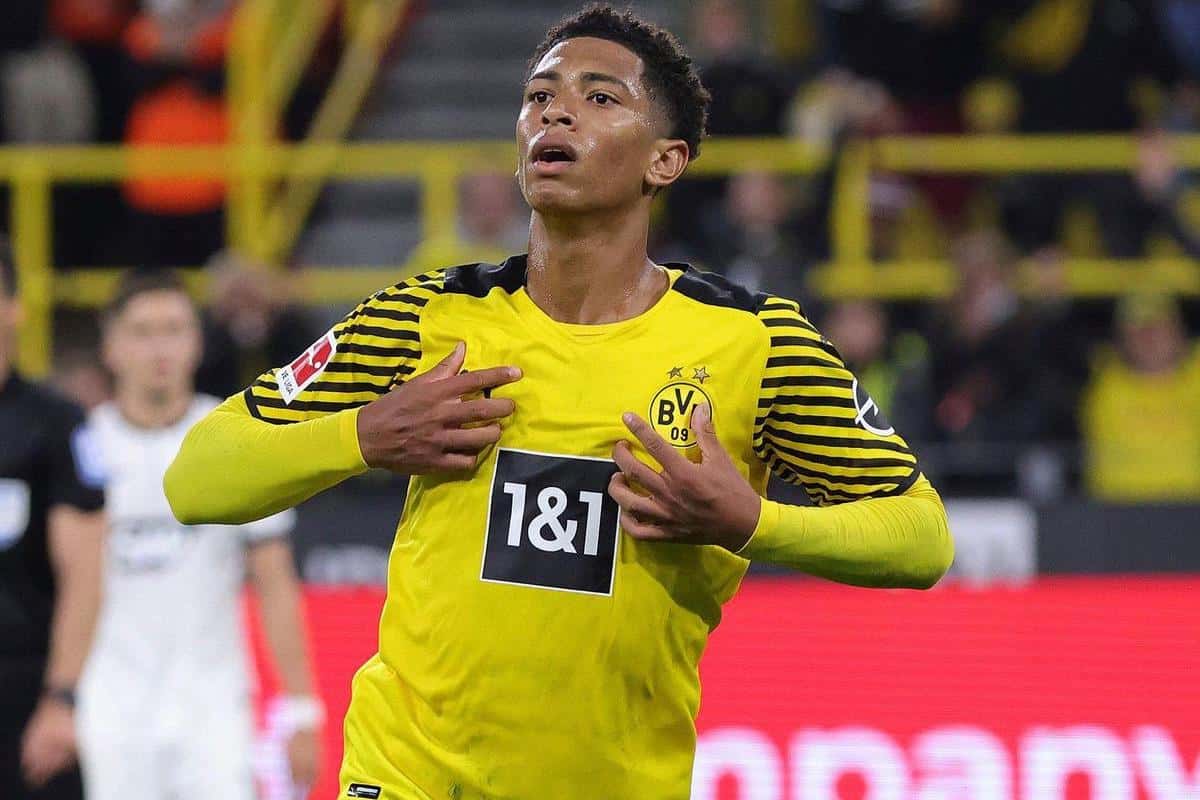 Liverpool are interested in Jude Bellingham and Dortmund are aware of it, though the Bundesliga club believe that there are “no signs he could leave” in the near future.

Such is his generational quality and potential, it would be a surprise if any of the big sides around Europe were not interested in Dortmund’s No. 22.

Bellingham, still only 18, has scored three goals and laid on seven assists in 15 appearances for Dortmund this season, including a stunning solo strike against Arminia Bielefeld on Saturday.

A first-choice starter for Dortmund and an increasingly important player for England, the teenager has shown the drive and ability to cement himself as one of the world’s leading talents for years to come.

While Dortmund has been a stepping stone for most players despite their rise to prominence in Germany, the club are hopeful of keeping hold of Bellingham for as long as possible.

“He has a market, not only Liverpool. But there is no bottom line and no exit clause,” assistant sporting director Sebastian Kehl told SPORT1.

“He is loved, he enjoys that. There are no signs he could leave Dortmund soon.”

Kehl added: “We can offer a lot at Borussia Dortmund. We want to win titles, but we have to keep the guys for that.”

According to BILD, it would take an offer of over £101 million to tempt Dortmund to sell Bellingham.

This in itself is likely enough to deter Liverpool in their efforts to sign him, despite spending a combined £140 million to bring in the game-changing duo of Alisson and Virgil van Dijk.

It would take a club-record fee to acquire Bellingham, while Dortmund are claimed to be pursuing his brother, 16-year-old Birmingham midfielder Jobe, partly in a bid to retain him.

Dortmund have shown on countless occasions they are willing to dig their heels in to ensure value in the selling market, not least in agreeing a £73 million fee with Man United for Jadon Sancho earlier this year.