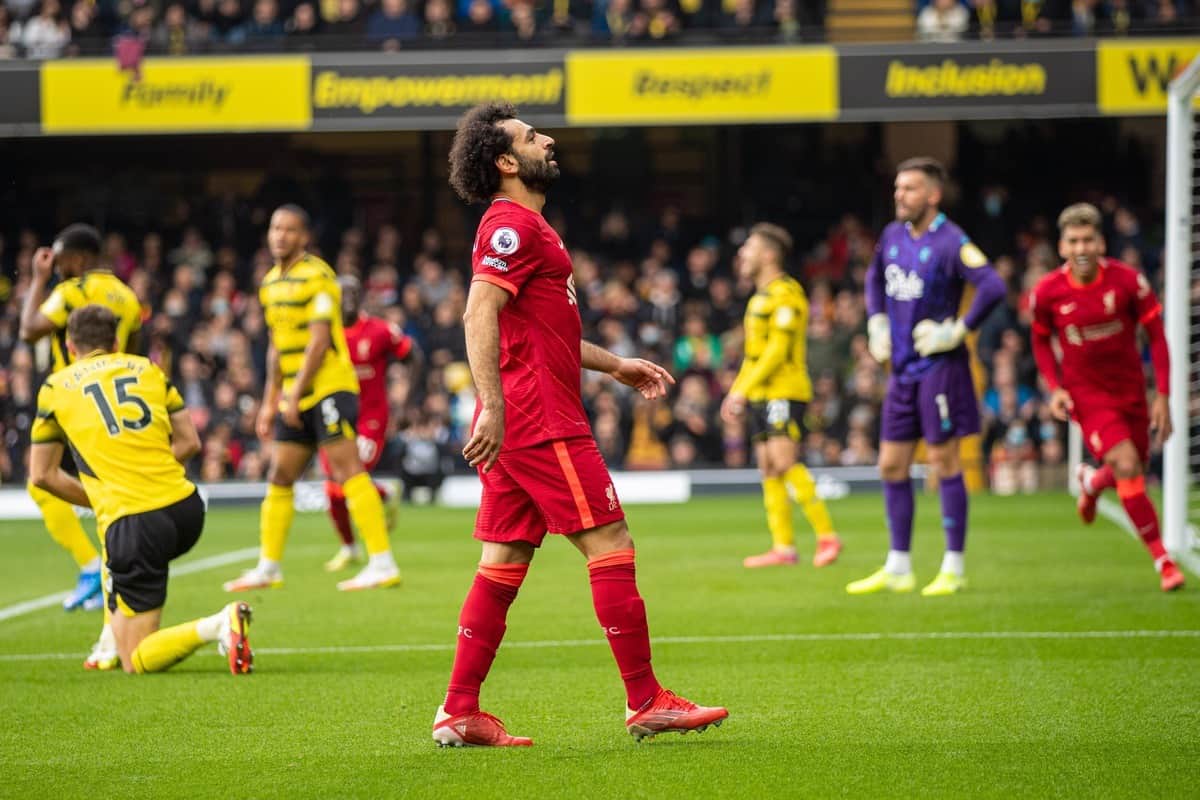 After scoring another goal-of-the-season contender in Liverpool’s 5-0 thrashing of Watford, Mohamed Salah stayed humble in vowing: “It’s always about the team.”

There is no better performer on the planet right now than Salah, and Saturday’s lunchtime kickoff at Vicarage Road underlined that once again.

He began proceedings up against a hapless Danny Rose, and ensured the former Tottenham left-back’s afternoon went from bad to worse, laying on the opener for Sadio Mane with a delightful pass.

Roberto Firmino netted a hat-trick in victory, but all the talk after the game was on Liverpool’s No. 11, who struck another incredible solo goal to bring his tally to 10 in 10 this season.

In his post-match press conference, Jurgen Klopp was in no uncertain terms over whether Salah is the best in the world, but the 29-year-old showed humility when speaking to BT Sport.

“I think all the goals were very important,” he insisted.

“Bobby did a great job today, scored a hat-trick, congratulations to him. Sadio also scored a nice goal. All the goals were very important.”

He added: “I don’t know which one was better, this one or the City one. But every time I’m in the box I try to give the ball to someone to score or score by myself.

“It’s always about the team, I always try to play for the team.

“So the most important thing today was we scored good goals, all of us up front scored. Hopefully we can carry on like that.”

Salah looks a player at the peak of his powers at present, with the forward at least admitting that he is “feeling confident” in this current run.

“I’m just trying every time to give 100 percent of what I have, trying to help the team,” he continued.

“Sometimes you have luck, sometimes not.

“But I’m feeling confident at the moment, I’m scoring goals, helping the team to get the points – which is the most important thing.”

The win at Watford put Liverpool, at least briefly, back to the top of the Premier League, and the ambitious Salah outlined his desire to “fight for everything” this season.

“Hopefully we can win the league, and we’re also going to go for the Champions League,” he said.

“It’s important for a club like Liverpool to fight for everything.”