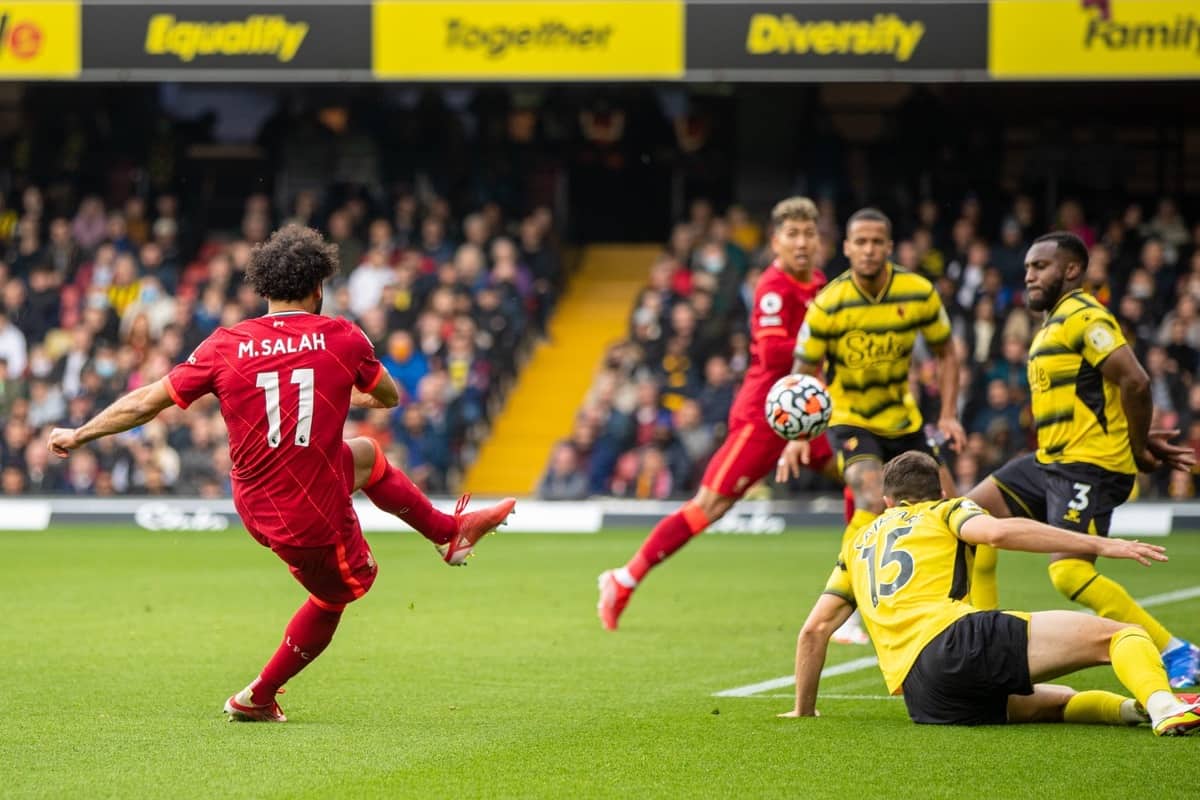 Just when you thought we’d have to wait to see another goal akin to that scored against Man City, Mo Salah pulls out yet another spectacular individual strike at the next time of asking.

Liverpool’s No. 11 has been in formidable form, leaving defenders for dead and rippling the back of the net 10 times in 10 games – and his latest was another piece of magic.

Jurgen Klopp hit the nail on the head when he said of the strike: “Here it is not possible for people with normal feet, like all of us, but it’s obviously possible for him and that makes it absolutely special.”

Watford had a front-row seat to the Salah show on Saturday and let’s put it simply, Danny Rose will want to move on without a second glance.

The poise, the strength, the awareness and the finish, Salah’s goal – the fourth of the afternoon – had it all and the sounds of the travelling Kop really do tell the story:

That he could manoeuvre himself away from three defenders boxing him in is a nod to his genius on the ball and the reaction of the fans and his teammates spoke volumes of the greatness we are witnessing.

And it was not his only highlight across the afternoon, with his sumptuous assist for Sadio Mane‘s opener worthy of acclaim in its own right.

“He is for sure one of the best in the world now. If you asked me who is the best, for me he is the best,” the manager said post-match.