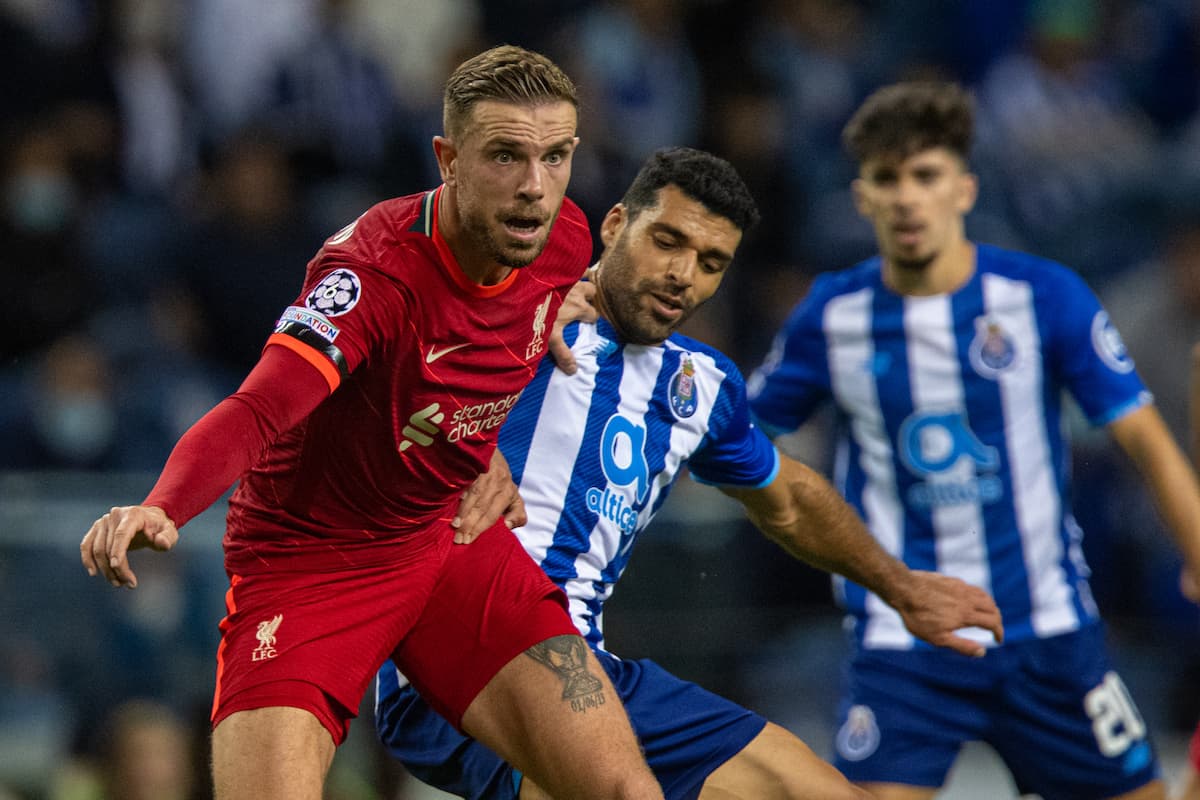 It’s another European night under the Anfield lights for Liverpool and while the pressure is off against Porto, a victory will still firmly be on the agenda.

Jurgen Klopp‘s men responded in style to their setback before the international break, dispatching Arsenal to the tune of 4-0 to restore order.

And in a swift breakaway from Premier League action, Porto now awaits in the penultimate Champions League group game, but while the Reds’ place in the last 16 is secure the Portuguese outfit is still battling it out for the runners-up spot.

Here are 10 key things to know ahead of kickoff on Wednesday evening.

1. Porto are in form

Sergio Conceicao’s side head to Anfield with the wind in their sails, falling to defeat just once in their last nine games since they met Liverpool back in September.

Porto have found their goalscoring groove in their run of seven wins, one draw and one defeat, hitting the net 25 times and conceding just eight along the way.

Their most recent game prior to their trip to Liverpool did see Conceicao leave Marko Grujic, goalkeeper Diogo Costa, Pepe, Joao Mario, Oliveira and top goalscorer Luis Diaz from the XI.

Oliveira and Diaz did, however, come off the bench in the 5-1 win over Feirense in the fourth round of the Taca de Portugal.

2. What they need from remaining games 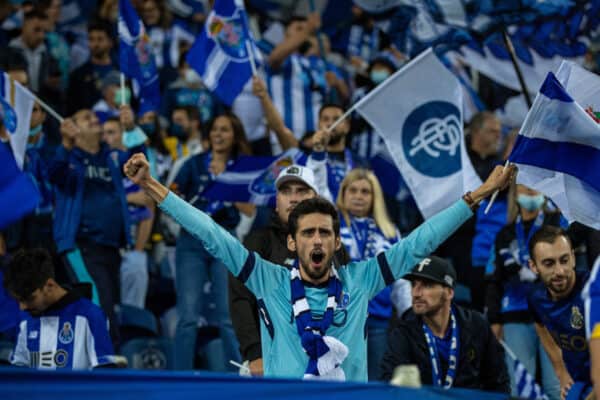 Porto sit one point ahead of Atletico Madrid in Group B, occupying the runners-up spot and leaving plenty to fight for.

A result against the Reds would be hugely beneficial to their chances but as they meet Atletico in the final game, at home, there is some leeway

Assuming Atletico defeats AC Milan, the worst-case scenario of a loss at Anfield would mean they have to beat the Spanish side in December to progress to the last 16.

Their destiny is in their hands no matter what. 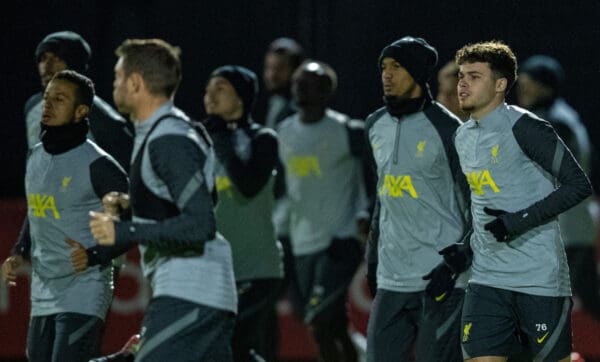 It has not made for good reading in recent weeks, has it?

Jurgen Klopp hinted at rotation for the clash, but Jordan Henderson and Andy Robertson were placed in the ‘we will see’ category.

But training on Tuesday offered a welcome boost, for a change, with Diogo Jota, Divock Origi, Neco Williams and James Milner all present alongside the captain and the left-back. 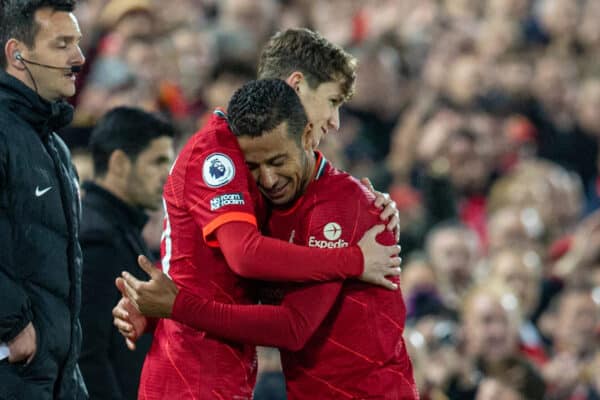 The boost in numbers offers Klopp some flexibility and those that did have concerns lingering over their availability could now very well feature.

The defence is likely to see up to three changes, with Virgil van Dijk a likely priority to keep fresh by dropping out of the XI along with Fabinho, Trent Alexander-Arnold and Sadio Mane.

It would leave Williams, Konate, Robertson, Tyler Morton, Takumi Minamino and Divock Origi as the inclusions from the weekend. Strong but rotated.

The visitors have a largely settled side and after resting a number of key figures last time out, they’re expected to slot straight back in.

Grujic has a battle on his hands in midfield but having started two of the four Champions League games this season, he’s in with a shot to sit alongside Oliveira.

Pepe, who limped off in the warm-up before the last meeting, is all but certain to start as too leading goalscorers Diaz (9) and Mehdi Taremi (7).

The Reds are just one of four teams with a 100 percent record in the group stage after the four-game mark, along with Ajax, Bayern Munich and Juventus.

But should they go on to extend that and win their remaining two games, they would become the first English team to do so in a Champions League campaign and only the eighth in the history of the competition.

This side love a slice of history, so why not another with this? Starting against Porto.

The manager was coy regarding his team selection in his press conference but hinted that while the obvious objective is to win, a number of changes are to be expected:

“We always respect the competition, but we have to think about ourselves and our schedule, and the situation of our players first.

“I didn’t make these decisions yet, to be honest, because how we all know in this time of the season, the medical department has a big hand in lineups.

That Liverpool have now scored two or more goals in each of their last 15 games in all competitions, in total the Reds have scored 47 in that run.

It is the longest streak by an English top-flight club since Wolves over 82 years ago in 1939, they did so for 16 games in succession, as per Opta‘s Michael Reid.

Will Klopp’s men equal their tally on Wednesday?

The referee for the match is Felix Zwayer (Germany), he’s overseen Liverpool once before and that was against Porto back in March 2018…but let’s hope it doesn’t end in the same 0-0 draw!

Notably, in the last four Champions League games, he has officiated he has dished out 27 yellow cards and one red card. On your best behaviour lads.

Wednesday’s match under the Anfield lights is live on BT Sport 3 from 7.15pm (GMT), with kickoff at 8pm. This Is Anfield will also be on hand for worldwide streaming info pre-match!

If you want some unabashedly biased Liverpool opinions and commentary then This Is Anfield’s matchday live blog is for you! It will be in full swing from 7.15pm and in safe hands with Henry Jackson.