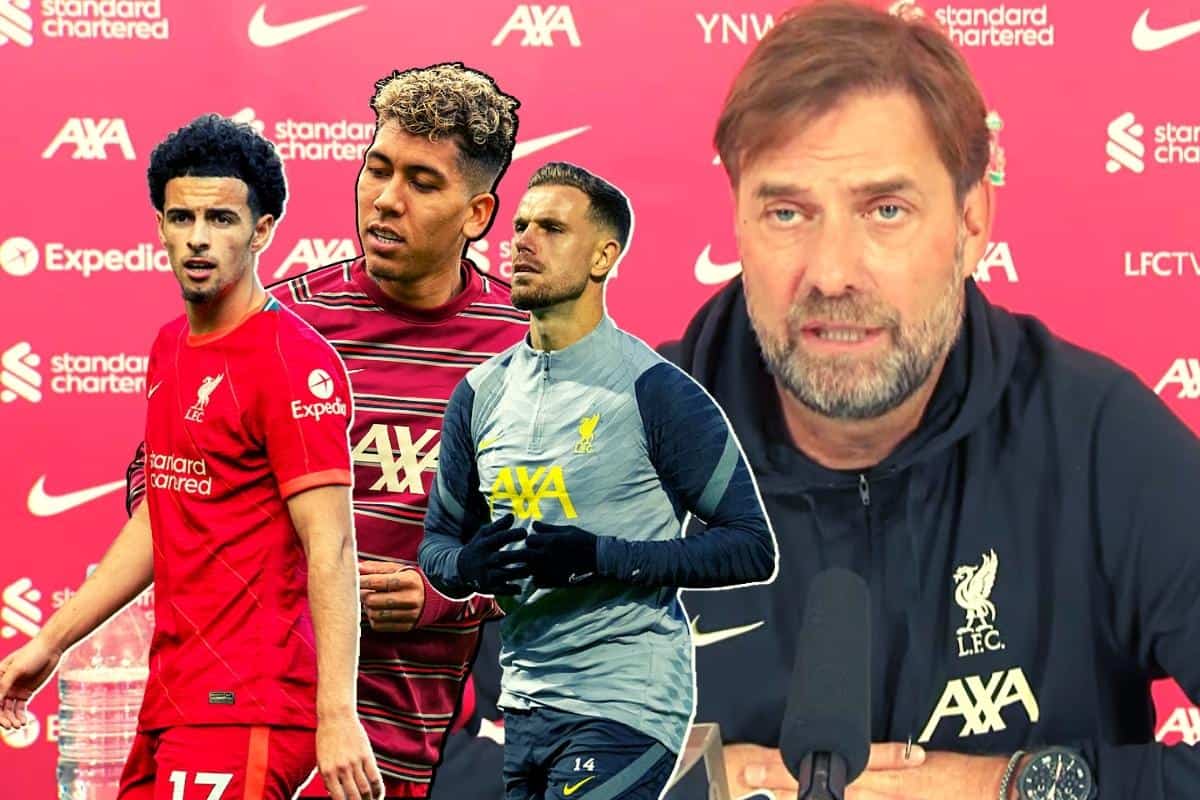 Jurgen Klopp discussed Liverpool’s ongoing injuries and a “midfield disease” as he previewed Saturday’s clash with Arsenal, for which he could be missing eight players.

The international break took its toll on Liverpool, again, with Andy Robertson and Jordan Henderson both returning with injuries.

They remain doubts for Saturday, Klopp has confirmed, while six others are ruled out.

James Milner and Naby Keita will be the next to return, with Curtis Jones, Joe Gomez and Roberto Firmino also out and Harvey Elliott still facing “some time” before his comeback.

No loan for Neco

Despite Wales manager Robert Page’s insistence, Klopp believes Neco Williams‘ development is best-served by staying at Liverpool, rather than going out on loan in January.

And interestingly, the German claimed right-back may not even be Williams’ natural position.

“We are really short of players,” he said. “The last thing I’m thinking about is who could go on loan in the winter.” 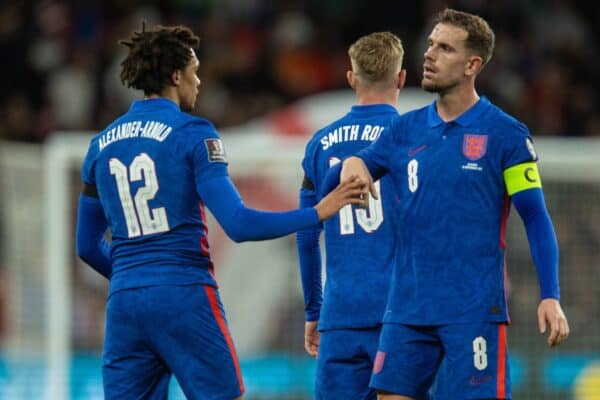 Don’t we all, Jurgen!

“They train pretty much through all [the break], because the coaches want to have their own targets or agenda, and very often think that they have to do physical work as well,” he said.

“So no, I don’t like it. It was not helpful. I would have loved to play the weekend after.”

After Steven Gerrard’s claim that he would be happy if Klopp signed a “lifetime deal,” effectively ruling out his own chances of managing Liverpool, the Reds boss remained coy.

As it stands, Klopp will leave Liverpool when his current deal expires in 2024.

“No excuses” despite midfield issues

With Milner, Keita, Jones and Elliott definitely out and Henderson a doubt, Klopp has few options in midfield for Saturday’s clash.

It is a familiar situation for the season, with the manager describing it as a “midfield disease,” though he insists there are “no excuses” being made.

“We had last year this really strange situation in the centre-half position, this year it looks like we have a midfield disease and we have to deal with that,” he said.

“That’s what we do. No excuses for anything. We want to win football games and we have to find the solution for the specific game – and the next one is Arsenal.”