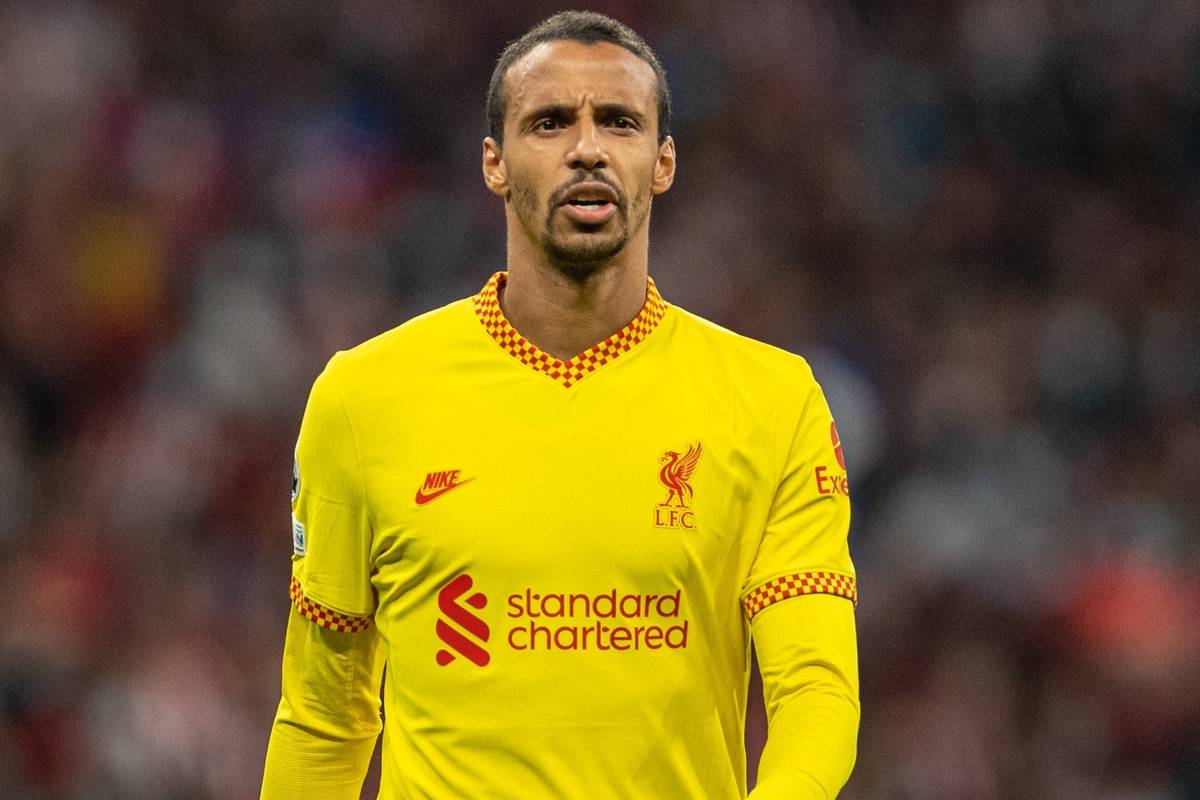 It’s mid-November, and Joel Matip has already played more minutes than in the previous two seasons. So could Liverpool have finally cracked the code to the defender’s fitness?

In his first months as Liverpool manager, Jurgen Klopp assessed his centre-back options and concluded, along with the club’s recruitment staff, that a new first-choice starter was required.

Marko Grujic may have been the first signing of the Klopp era, but Matip, who made a pre-contract agreement with the Reds less than a month after the Serbian’s arrival, was the first designed to step into the senior setup.

After 16 years with Schalke, the German-born Cameroon international joined Liverpool on a free transfer – a deal which Klopp considers one of his finest.

But while only 12 players have made more appearances for Klopp since he took over at Anfield in 2015, Matip should be even higher on the list than his 136 games positions him.

Injuries have plagued his time on Merseyside, with ankle, thigh, hamstring and collarbone issues keeping him from breaking the 40-game mark in each of his first three campaigns, while the problems only increased the next two seasons.

Soon after signing a new contract with the club in 2019, Matip suffered a long-term knee injury that saw him lose his place to Joe Gomez, while his comeback was derailed when he cut a tendon in his toe.

Last season, thigh, back and groin injuries added to the long-term absences of Gomez and Virgil van Dijk, before an ankle issue ended his season in January.

Weighing up the blow of losing all three of Van Dijk, Gomez and Matip, many supporters came to the conclusion that if any of the three were to be sacrificed in favour of long-term stability, it would be the No. 32.

But so far this term, Matip has arguably been Liverpool’s best centre-back and, crucially, is defying perceptions over his fitness.

With 13 appearances, of which 11 have come as a starter, Matip has already equalled his tally from two seasons ago and surpassed that of the campaign just gone. 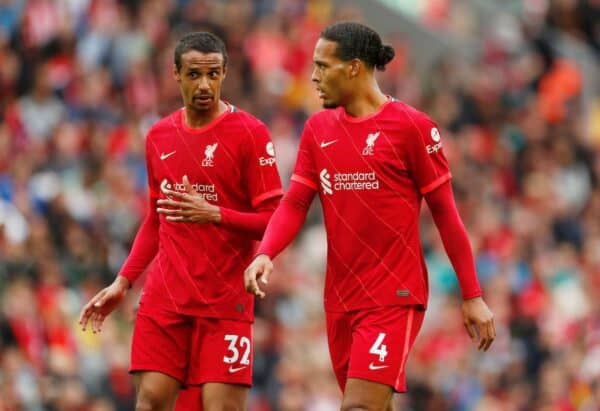 So what is the secret? Have Liverpool finally found the key to keeping Matip fit?

It may be premature to suggest that is the case, particularly given the experiences of seasons gone, but the data indicates that he has returned from his layoff stronger.

The reasons for this are varied, but having gone into the Reds’ title defence with only three senior centre-backs after Dejan Lovren‘s departure to Zenit St Petersburg, Klopp was wise to establish a five-strong group this time around.

Ibrahima Konate is undoubtedly being nurtured as a long-term starter, but as he adjusts to life at Liverpool, the role of talented stand-in is helping get the best out of the player he will be hoping to supplant.

Matip is yet to miss a game through injury so far this season, and in each of the four games he has sat out, Konate has started in his place. 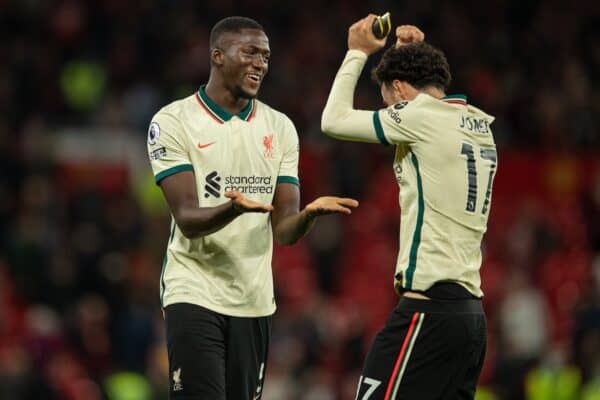 The most surprising call came as the Frenchman partnered Van Dijk for the trip to Man United, with Klopp explaining his decision as he spoke to Sky Sports before the game.

“Ibou is training on the highest level. Of course, Joel is a great player, but we cannot just push him through all the time,” the manager said.

“We saw a few things where we thought this would be a good game for Ibou, now he starts alongside Virgil and the other guys, and hopefully he’ll have a good game.”

There remain flaws in Konate’s game, but he certainly impressed that evening at Old Trafford as Liverpool cruised to a 5-0 victory.

Three days later and Matip was starting in the League Cup against Preston, only to be replaced at half-time, which led to immediate concerns of a fitness problem.

As it transpired, his withdrawal was pre-planned and his replacement, Nat Phillips, emerged as another valuable alternative in a centre-back group that is much healthier than this time last year.

Having excelled as an emergency option last season, Phillips was expected to leave the club in the summer transfer window, but after interest from the likes of Brighton, Newcastle and Burnley faded, he instead signed a new four-year contract.

It was a shock, and that his first appearance of the campaign came with the Liverpool under-21s in the Papa John’s Trophy suggested he would barely figure in Klopp’s thinking.

But here he is, a reliable fifth choice and part of a clear plan to manage the fitness of Van Dijk, Gomez and Matip carefully after the nightmare that unfolded in 2020/21.

“We have to be sensible in these moments. We have these three boys in the last line who all came back from long-term injuries, we have to manage that,” Klopp insisted in September. 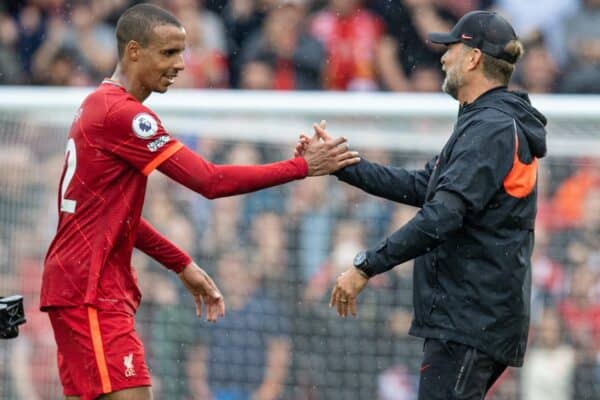 “We can’t do it differently, even if they are fit now – which is great.”

The idea is, with four top-level centre-back options and a serviceable fifth, Liverpool should look to utilise them all and maximise their quality throughout a busy season.

Central to this is the role of Liverpool’s head of recovery and performance Dr Andreas Schlumberger, who oversees the workload of each player and produces individual programmes to maintain their fitness.

It is no coincidence, either, that Lena Aschenbrenner was appointed as prevention and performance physiotherapist in July.

The arrivals of Schlumberger and Aschenbrenner are part of a wider overhaul of Liverpool’s fitness staff that has taken place throughout Klopp’s reign, with Andreas Kornmayer, Mona Nemmer, Lee Nobes, Chris Morgan and Steve Lilley all important figures. 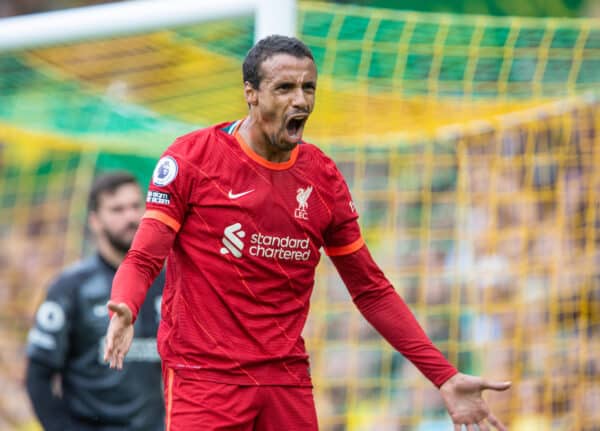 Their work within the confines of Kirkby is largely confidential, but the fruits of their labour is showing in the consistency Matip is finding in these early months of the season.

Having retired from Cameroon duty in 2015, his sole focus is on club matters, which has undoubtedly extended the career of his team-mate James Milner.

And as he heads into an uninterrupted four months of fixtures as first-choice partner to Van Dijk, the hope is that Liverpool have finally found the secret to keeping Matip fit.