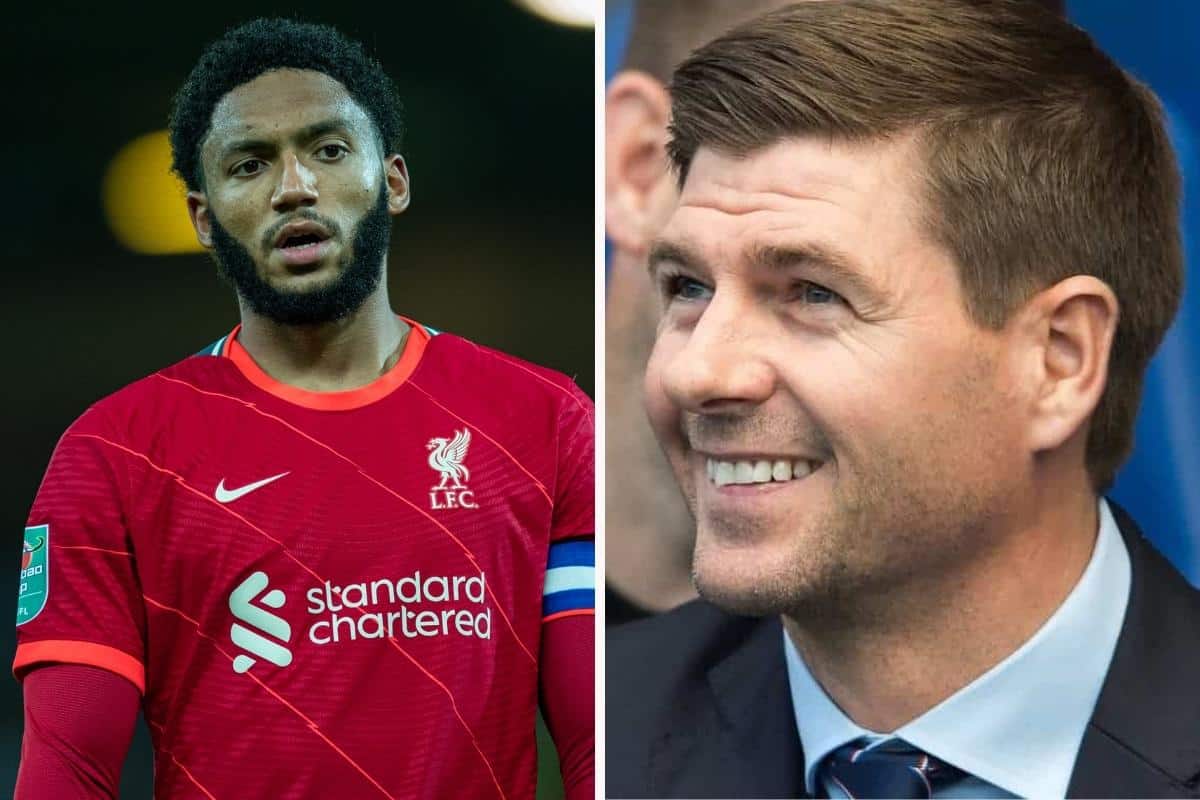 Two interesting rumours surfaced over the weekend that claim Liverpool could see one centre-back depart on loan in January while another could potentially arrive.

After the nightmare of last season, Jurgen Klopp finds himself in a strong position when it comes to his central defensive ranks.

Virgil van Dijk is back in consistent form, while the club are managing Joel Matip‘s fitness with the careful use of Ibrahima Konate, with Joe Gomez and Nat Phillips available too.

Gomez is currently sidelined with a calf injury, but while issues have emerged in midfield, there has been a real strength in Liverpool’s back line, with 12 clean sheets from 20 games so far.

However, if reports over the weekend are to be believed, there could be a shakeup of Klopp’s centre-back options, perhaps as early as January.

According to ESPN, Liverpool and Man United are both “monitoring” Barcelona centre-back Ronald Araujo, with the Spanish club likely to face difficulty in tying him down to a new contract.

The 22-year-old Uruguayan, who has started in eight of his 14 appearances this campaign, is currently contracted to 2023, but his wage demands and the financial issues at the Nou Camp have led to “concern.”

“Liverpool and Manchester United possess the financial might to beat what Barcelona can afford if they decide to push forward on their interest,” ESPN journalists claim.

“Sources added that Liverpool are particularly keen on Araujo and scouts have watched him throughout 2021.”

It stands to reason that scouts will be tracking players of Araujo’s potential, though that is no indication a move is in the offing. 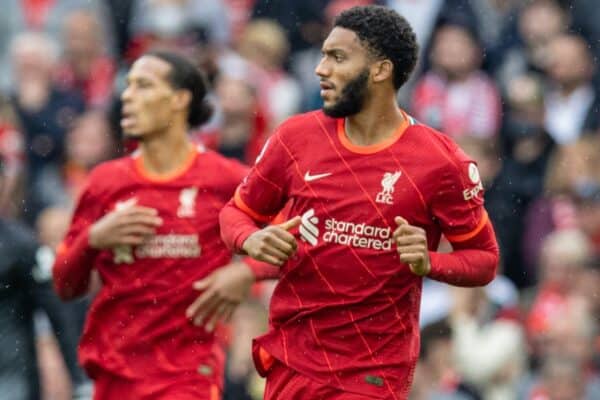 However, with the Mirror producing a rumour on Sunday regarding Aston Villa‘s interest in a loan move for Gomez, fans may well put two and two together.

Sunday papers are always to be taken with a pinch of salt, but it is claimed that Steven Gerrard is hopeful a deal could be struck to bring Gomez to Villa Park in the January transfer window.

At this stage, Gomez has dropped from Van Dijk’s first-choice partner to fourth choice at Anfield, and even before his injury he had only played 12 minutes in the Premier League this term.

There is a case to argue that the player himself would be open to at least a temporary move given he has fallen out of favour for both club and country.

But Gomez remains a valuable player for Klopp and Liverpool, while the manager recently insisted: “The last thing I’m thinking about is who could go on loan in the winter.”