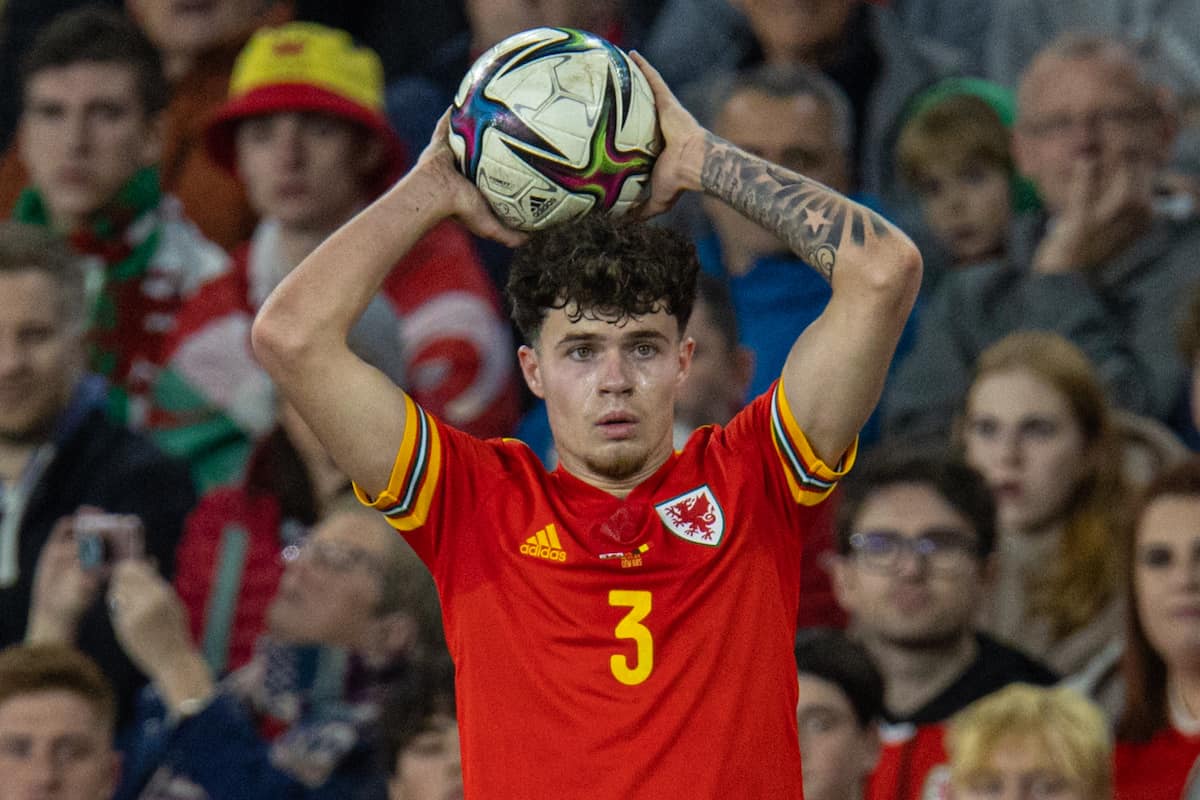 Neco Williams caught the eye in a momentous outing for Wales, leading many to praise the youngster’s efforts ahead of his return to Liverpool.

The 20-year-old has flourished playing for his country of late, seizing his opportunities at left wing-back to record more minutes for Wales (256) than Liverpool (97) so far this season.

And for the second game running, Wales Online named Williams as their ‘star man’ having gone “up and down his flank like a yo-yo,” setting the tempo in a hard-fought 1-1 draw against Belgium.

The result secured Wales a home semi-final in the next round of World Cup qualifiers, which Williams will play a key role in – fitness permitting such is his standing in the team.

But Williams came within touching distance of scoring the match-winner against Belgium with a well-drilled effort off his right boot that had to be tipped around the upright.

While Divock Origi had caused another injury scare, that was later eased, Williams’ performance had Reds talking on social media after a notable improvement in his game:

Fair play to the lad. He is flying at the moment. https://t.co/DLmMjSDWWb

Neco Williams has been different class these last two games.

Superb second half from Wales Took the game to Belgium. Neco Williams was outstanding

Right or left, full-back, wing-back or winger, Neco Williams looks a real prospect. Fearless, great energy, driving runs, scoring too. Outstanding for Wales against Belarus, then Belgium. Only 20. And congratulations to #CYMRU on reaching #WorldCup2022 playoffs – as seeds. #LFC

Elsewhere, Alisson and Fabinho featured for the full 90 minutes as Brazil played out a scoreless draw with Argentina, the Selecao’s place in the World Cup was already guaranteed.

Liverpool’s No. 3 took the chance to impress with nine recoveries, nine duels won and six successful tackles, numbers surpassed by only one of his teammates, Fred.

Takumi Minamino, on the other hand, helped Japan take another positive step towards World Cup qualification, featuring for 60 minutes in a 1-0 win over Oman.

The result pushed Japan to second in the Asia Group B standings with four games remaining, with only the top two guaranteed a spot in Qatar with the third-placed team sent to another playoff round.

Naby Keita and Curtis Jones are to take no part but Jordan Henderson and Sadio Mane could be given a green light, while James Milner and Andy Robertson could be in contention.