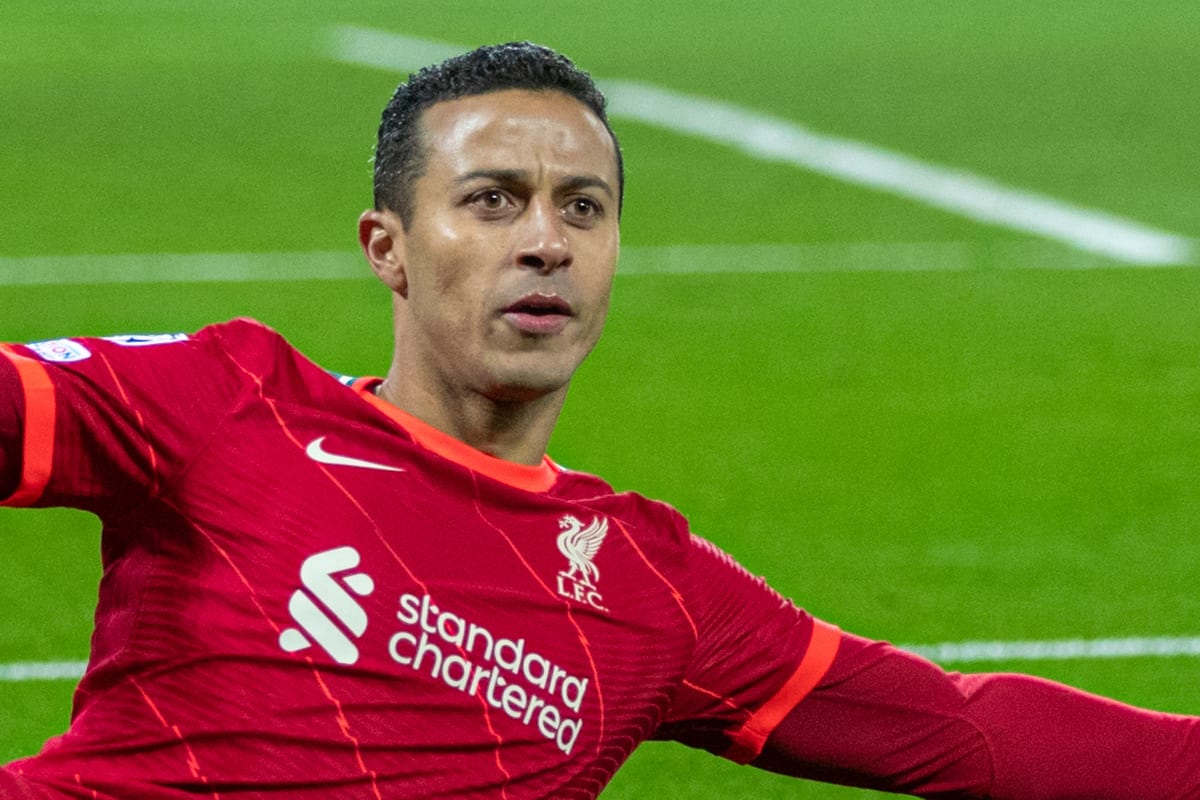 Thiago attempted to play down his incredible goal to open the scoring in Liverpool’s 2-0 win over Porto, while praising the display of Champions League debutant Tyler Morton.

It took the Reds 52 minutes to break the deadlock at Anfield, with Sadio Mane‘s first-half effort ruled out for offside, but when they did, it was a magical strike.

With the ball headed out from a set-piece, Thiago was on hand to swerve a stunning half-volley through a sea of legs and into the bottom corner to make it 1-0.

A tremendous goal, of the highest quality, but speaking to reporters after the game, the Spaniard insisted that “the best feeling” came simply from winning.

“It felt better to win the game, to get the three points, to see that the team was still hungry even though we are qualified for the next stage,” he insisted.

“So I think that’s the best feeling, that we are still in that mood, that we want to win every game and most of all here at home.”

Pressed further on his wondergoal, however, Thiago did admit that it was special to finally find the back of the net in front of fans at Anfield.

“I think for all football players, it’s amazing to score a goal,” he said.

“For me, it’s an important goal to help the team, and also incredible to score a goal in front of this crowd.”

Thiago started alongside 19-year-old Morton in the middle of the park, with the teenager speaking in the past of his admiration for the former Barcelona and Bayern Munich midfielder.

It has been a big step up for Morton, who last season was playing his first campaign with the under-23s, but Thiago revealed he was impressed from day one.

“First of all, I love to train and play alongside the young players,” he said.

“To have this hunger, this starting point of their careers, and also to give some teaching words for them, to make their path a bit brighter and better.

“It happened with Tyler. The first time he came, I said ‘who is this player?’, because he was training amazing with us.

“He deserved to be part of the team tonight. He did an amazing game as well. I think he will have a bright and great career, here at Liverpool and in football in general.

“We’re really happy to have him and I’m really glad to play with him tonight.”