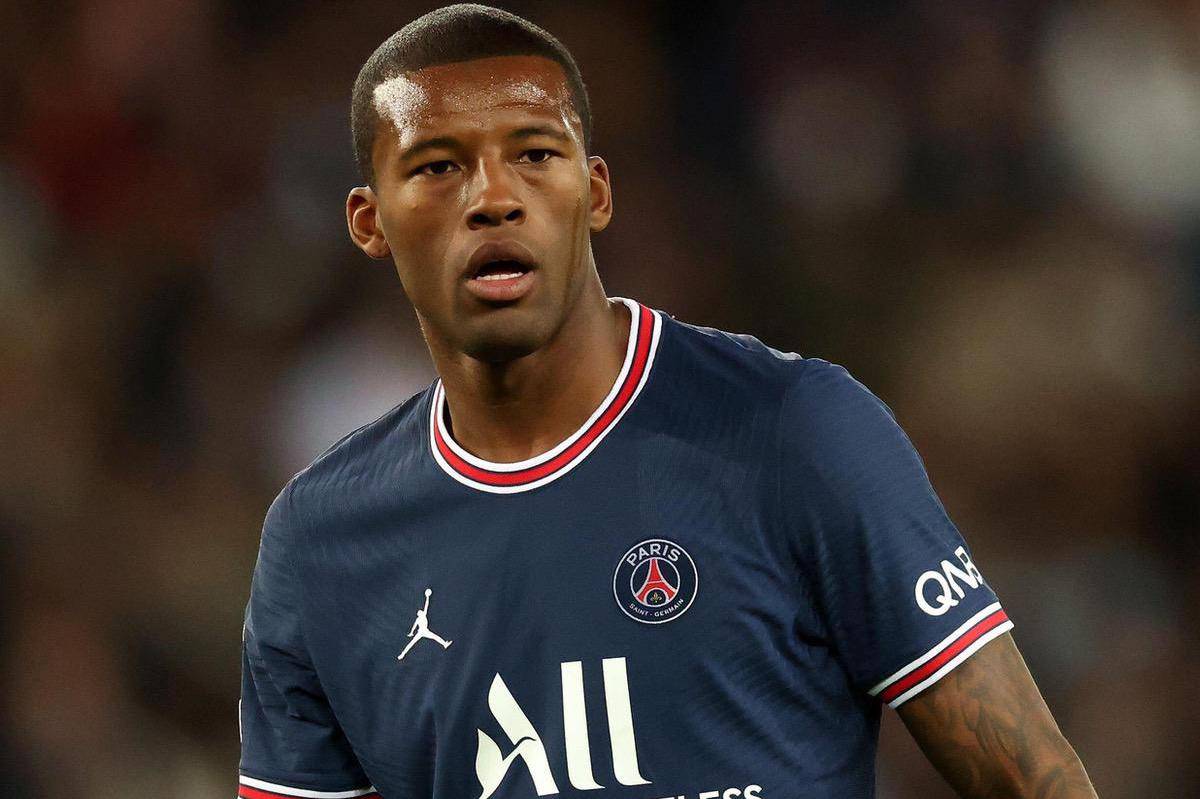 Seven months after leaving Liverpool on a free transfer, Gini Wijnaldum is claimed to be interested in a return to the Premier League on loan, with Arsenal interested.

Wijnaldum made the bold decision to depart Anfield after five successful years last summer, having held a key role under Jurgen Klopp since his arrival from Newcastle in 2016.

Since his exit, the Dutchman has cited the impact of social media criticism and a perceived reluctance among Liverpool’s hierarchy to hand him a new contract as factors.

But at face value, it appears that the club were simply unwilling to hand him a significant pay rise on a long-term deal, with Wijnaldum now believed to be earning over £300,000 a week at Paris Saint-Germain.

Things haven’t gone to plan for the midfielder so far in Paris, however, with Wijnaldum starting only seven of the 15 Ligue 1 games for which he has been available, along with three of five in the Champions League.

He has averaged just 47.5 minutes on the pitch per outing, compared to 76.8 minutes on average over 238 appearances for Liverpool.

According to Sky Sports, this has led Wijnaldum to consider a move away in the January transfer window, with the 31-year-old “open to” a loan and Arsenal a “potential destination.”

It is claimed, however, that PSG are “unlikely to let him leave.”

Given he went from a first-choice role at Liverpool to a bit-part one in a much less competitive league with PSG, it is no surprise that Wijnaldum would be weighing up his options.

The development of this story could lead to immediate links with a return to Merseyside, but that seems highly unlikely, particularly on a loan basis.

Wijnaldum has secured a major payday at PSG, but could now find himself in a position similar to Philippe Coutinho, pricing himself out of any realistic avenues back to other top clubs.

Furthermore, it could even be argued that the Reds have already moved on without him, with the emergence of Harvey Elliott along with the continued progress of Curtis Jones and Klopp’s tactical shift in midfield.

Though injuries have restricted Klopp’s selection this season, when fully fit, Liverpool already have eight first-team options in midfield, along with the promising Tyler Morton breaking through.

If he does head back to the Premier League, it is likely Wijnaldum would have to accept the instability of a step down to a club like Arsenal.