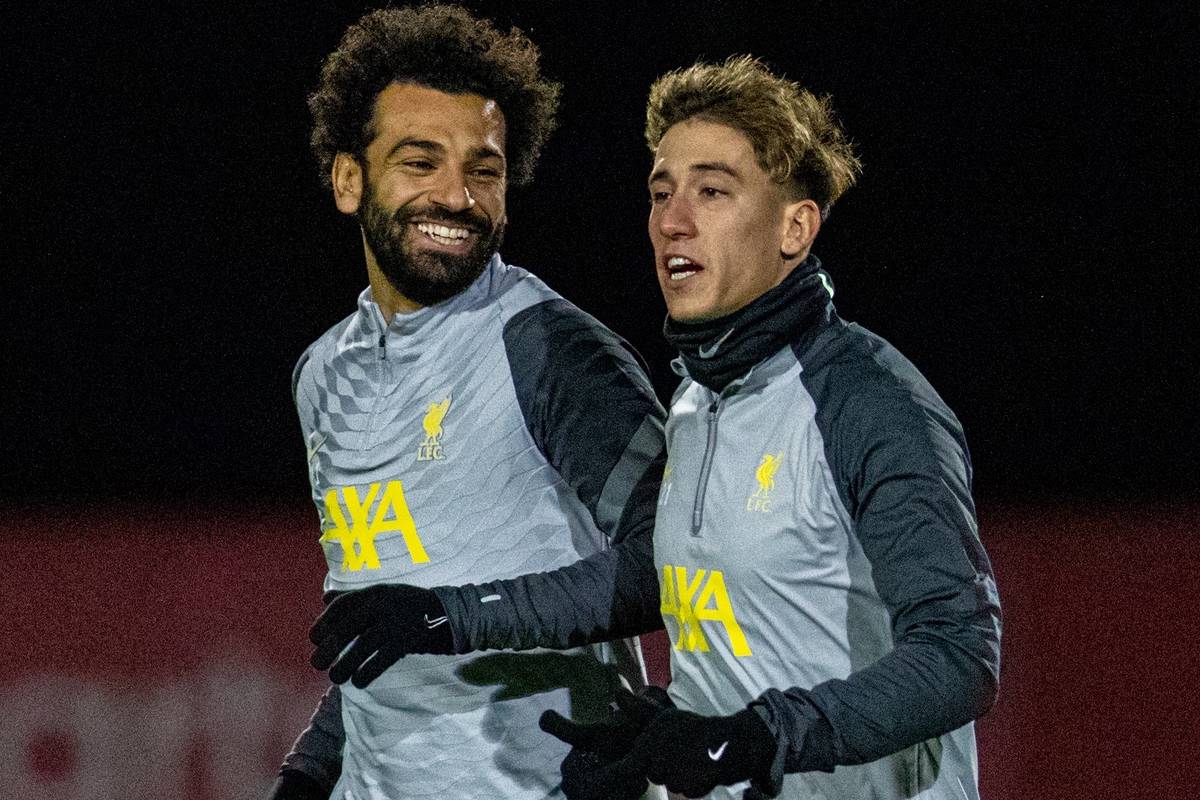 Kostas Tsimikas has paid tribute to both Jurgen Klopp and Kostas Tsimikas in helping him settle at Liverpool, calling the No. 11 “one of the best people I’ve met in my life.”

Don’t tell Dejan Lovren, but it didn’t take Salah long to move on to a new best friend at Liverpool.

From the minute Tsimikas joined the Reds, he formed a close bond with the Egyptian, arriving together for pre-season training in 2020 and spending their downtime together.

Now, they can be seen laughing and joking on the training field, while on the pitch they are excelling on opposite flanks this term.

Tsimikas is set to make his ninth start of the season in Tuesday night’s Champions League clash with AC Milan, and taking media duties before the flight to Italy, he hailed his team-mate.

“Mo is one of my best mates,” he told reporters.

“Always when I wanted something, he was there to help me. He’s a very, very big person.

“I don’t want to speak about the player, as a person he’s one of the best I’ve met in my life. He was there when I needed him to tell me what the manager wants.

“He was always there to help me, we are very good friends and we spend a lot of time here in the training ground together. We have a lot of chats.”

Just four months into the current season, Tsimikas has already improved on his appearance tally from his first campaign on Merseyside, playing the equivalent of five full games more.

The Greek had to bide his time before his chance came, but Klopp is now comfortable in rotating him along with first-choice left-back Andy Robertson.

It is a slow adjustment period that a number of players, Robertson included, have been forced to go through at Liverpool, and Tsimikas thanked the manager for his support during that time.

“When I came here, I used to play differently, [like] when I was at Olympiakos,” he continued.

“When we were outside on the pitch, when I was fit, he tried to tell me what he wants exactly, to be sure. 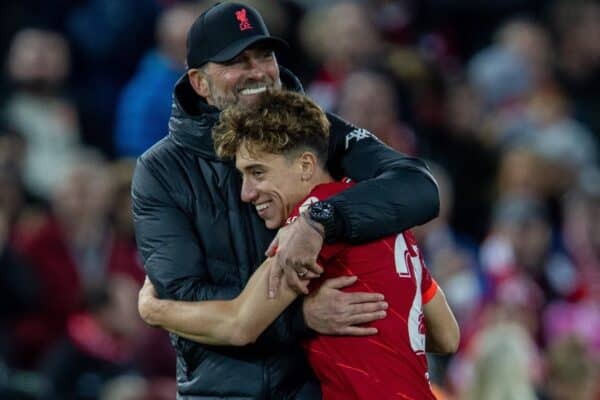 “He was always next to me, he tried to help me and he helped me a lot.

He added: “It was a dream that I had as a young kid, to play for a big team. My dream came true when I came to Liverpool.”