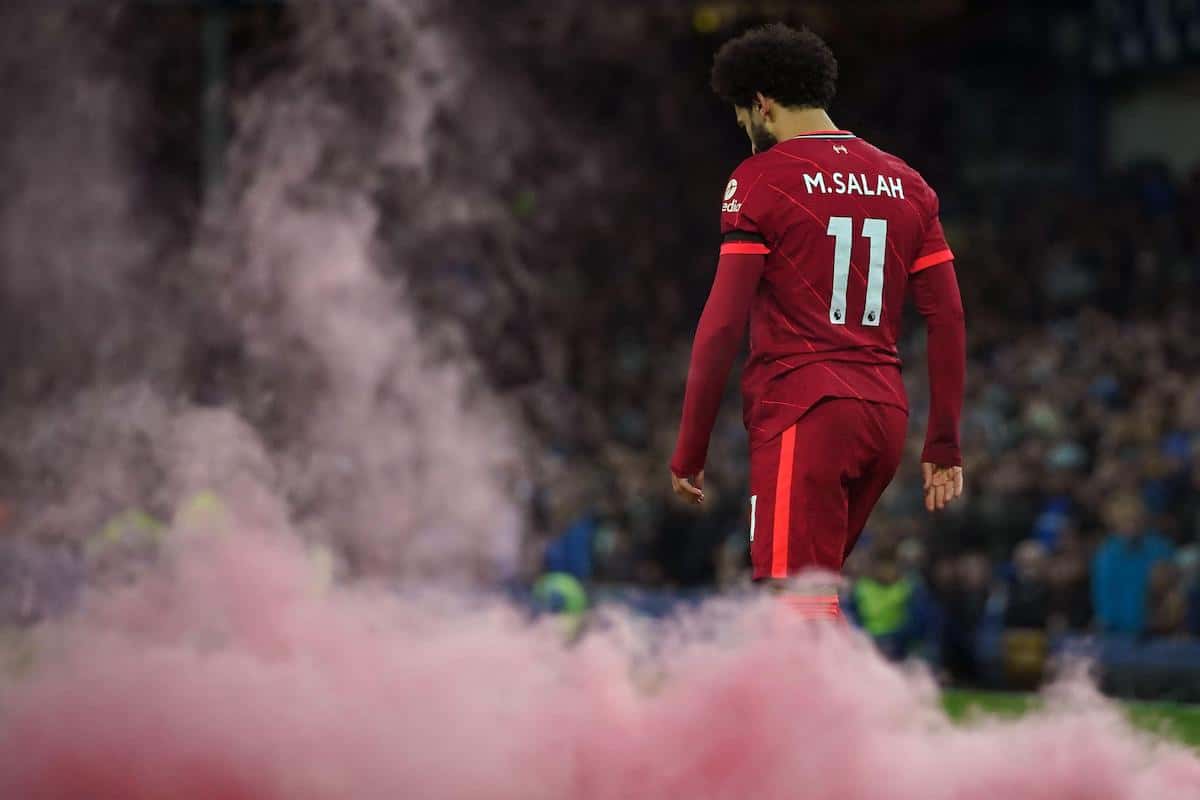 Look up records in a dictionary and you’ll see Liverpool and an extended list such is formidable nature of this side under Jurgen Klopp, and they added another on Wednesday.

This record comes in the form of scoring two or more goals in 18 successive games across all competitions. Yes, you read that right. 18.

A beauty of a Jordan Henderson strike, a double from Mohamed Salah and a sublime tight finish from Diogo Jota made the record possible, and then some, in the 4-1 win at Everton.

It was another effervescent attacking display from the Reds, with chances readily arising not only against Everton but it has been evident throughout the season.

Liverpool now average three goals in every league game and it shows no signs of slowing down, meaning their run of scoring two or more goals could soon be extended beyond 18 games.

The 18-game streak is one that no other English top-flight team has accomplished, with the 1927 Sunderland side now having their run of 17 games eclipsed.

Liverpool’s streak dates back to the trip to Leeds on September 12, with a total of 57 goals finding the net in that time.

It’s the latest in a long line of records that this Liverpool side can lay claim to under the management of Klopp and it certainly will not be the last.