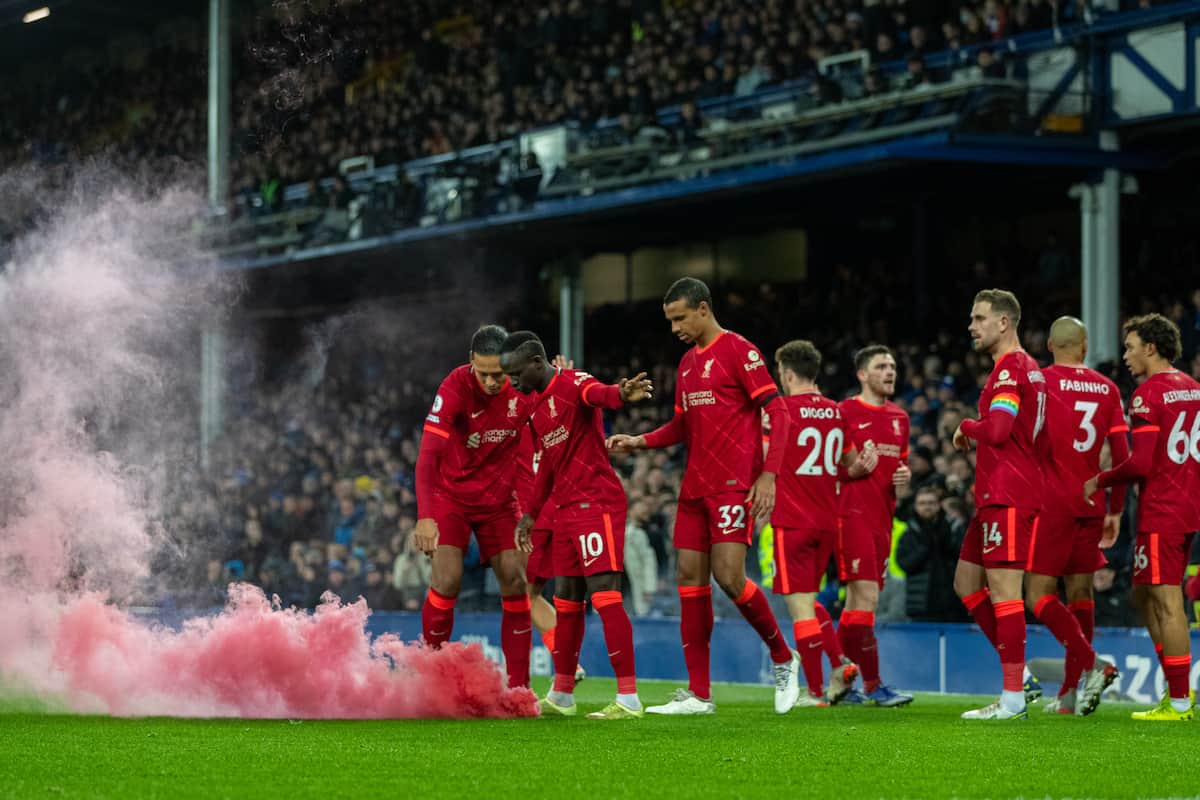 The jolly season got off to a cracking start for Liverpool with Merseyside red once more after a clinical display against Everton, leaving plenty of happy Reds in its wake.

You could be forgiven for having a few pre-match nerves considering Liverpool’s luck at Goodison Park but Jurgen Klopp‘s men made them vanish pretty swiftly with the 4-1 win.

As Everton booed, the red corner of the ground celebrated in delight first as Jordan Henderson found the net, then Mohamed Salah, and Salah again, before Diogo Jota finished the job.

It was a demolition derby and the scoreline flattered the Blues in the end with Liverpool gifting them one before the break to offer the hosts impetus to get back into the game.

It was a fleeting feeling with Liverpool’s superiority showcased for all to see, with the comprehensive victory piling more pressure on Rafa Benitez’s doorstep. 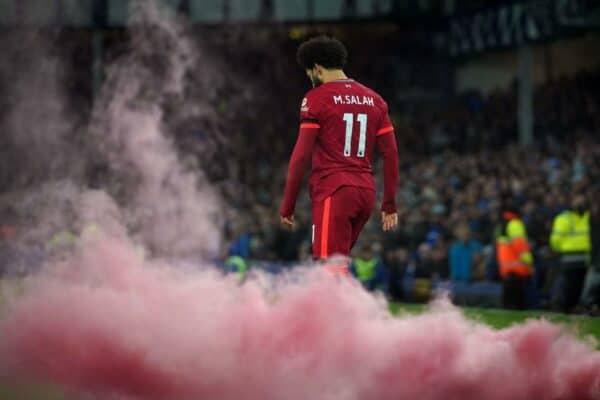 “We know what it means to the fans to play a derby and they were here supporting us and it’s amazing for them – 4-1 away, it will be for history, I think,” Jota said post-match to LFCTV.

“People are getting goals, great goals, so that helps. I just hope we can continue like this for as long as we can.”

Goals indeed, Diogo. Liverpool are now averaging just over three goals in a game in the league and their record run of 18 games with two or more goals is to thank.

Confidence and morale are high and the players enjoyed their celebrations after “Wednesday night delight” in the derby:

And why wouldn’t they revel in the fact that “Merseyside is red,” with Henderson, Fabinho and Thiago all thoroughly enjoying the occasion:

James Milner joined the party with a classic social media post, and you know it’s hard to separate a 4-1 derby win and cracking open that first day on the advent calendar!:

And Andy Robertson is right, it “‘Tis the season to be jolly” after all and the left-back, Jota and Salah were all key in kicking off the festive season in style:

Notably, there was also a classy tribute from Trent Alexander-Arnold for Ava White, the 12-year-old who was stabbed to death in the Liverpool city centre on November 25:

The victory is one to savour and keeps Liverpool in striking distance of the top spot, but the Reds will need to keep racking up the wins and the next box to tick off is Wolves on Saturday.