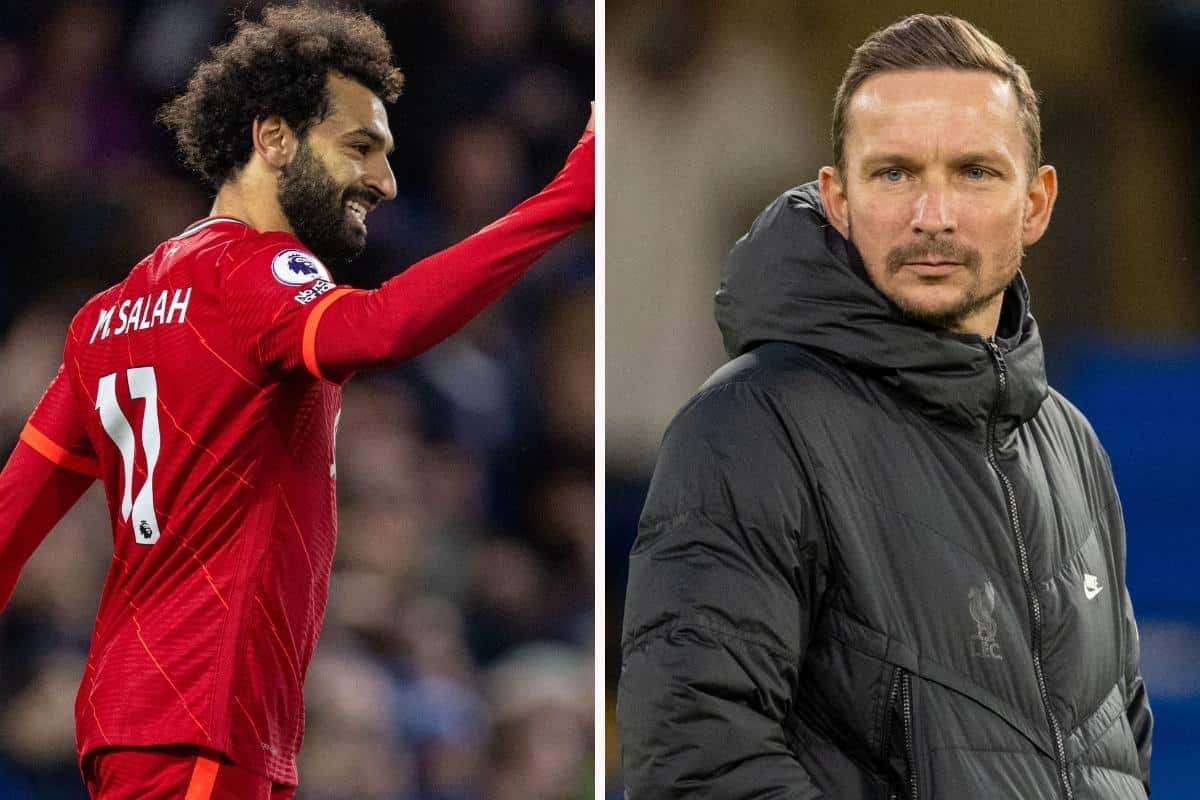 Pepijn Lijnders has revealed his conversation with Sadio Mane, Mohamed Salah and Naby Keita ahead of their departure to the Africa Cup of Nations next week.

The Reds played out a 2-2 draw with Chelsea on Sunday in which both Mane and Salah found the back of the net, but now they will head to Cameroon.

Mane, Salah and Keita will join their respective national teams for the tournament on Monday, ahead of the start of the group stage on January 6, with Liverpool now planning without them.

It has been a point of contention among fans, players, staff and pundits alike, with a host of key players across Europe leaving mid-season to play in the AFCON.

But speaking to Sky Sports after the game, Lijnders insisted the Reds’ three internationals head off with the blessing of Klopp and his staff.

“I just told Sadio and Mo: ‘I wish you all the best in the Africa cup’,” he said.

“[I said]: ‘You’re already legends there, but everyone knows how it feels to play for your country. Go and try with everything you have and try and win it. Then you become an even bigger legend’. 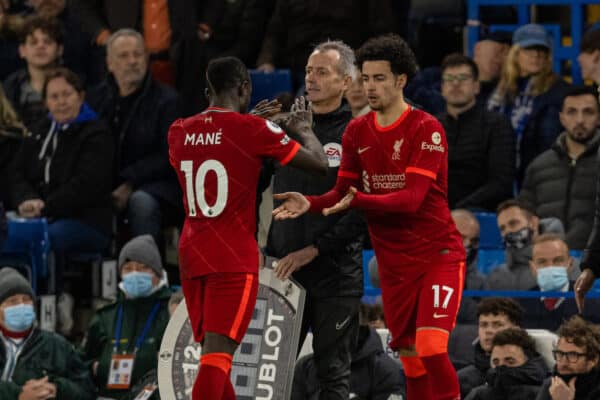 As their influence on the result at Stamford Bridge showed, losing Mane and, in particular, Salah could be a crippling blow to Liverpool.

They, along with Keita, are set to miss the next four games at the very least, and factoring in recovery time and a potential run to the final, realistically they are not expected back until the visit of Leicester on February 10.

Lijnders praised Salah and Mane, then, as Liverpool look to find solutions over the coming weeks.

“We have many different weapons,” he continued, having hinted in his post-match press conference that Divock Origi and Takumi Minamino are due back shortly. 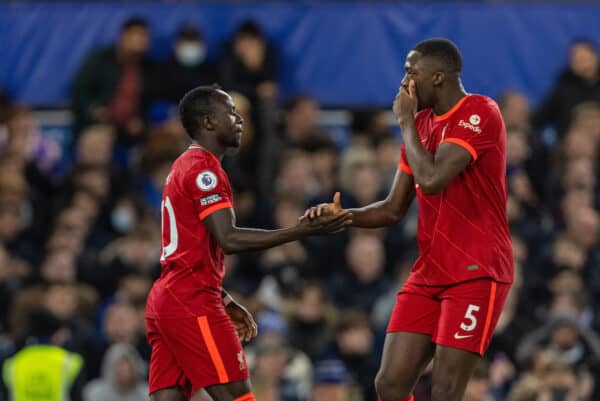 “But what I liked most today was how they defended, it’s unbelievable.

“These wingers, with this world-class skill, that they have a world-class attitude makes them the best in the world, for me.

“We are really happy that they are with us.”