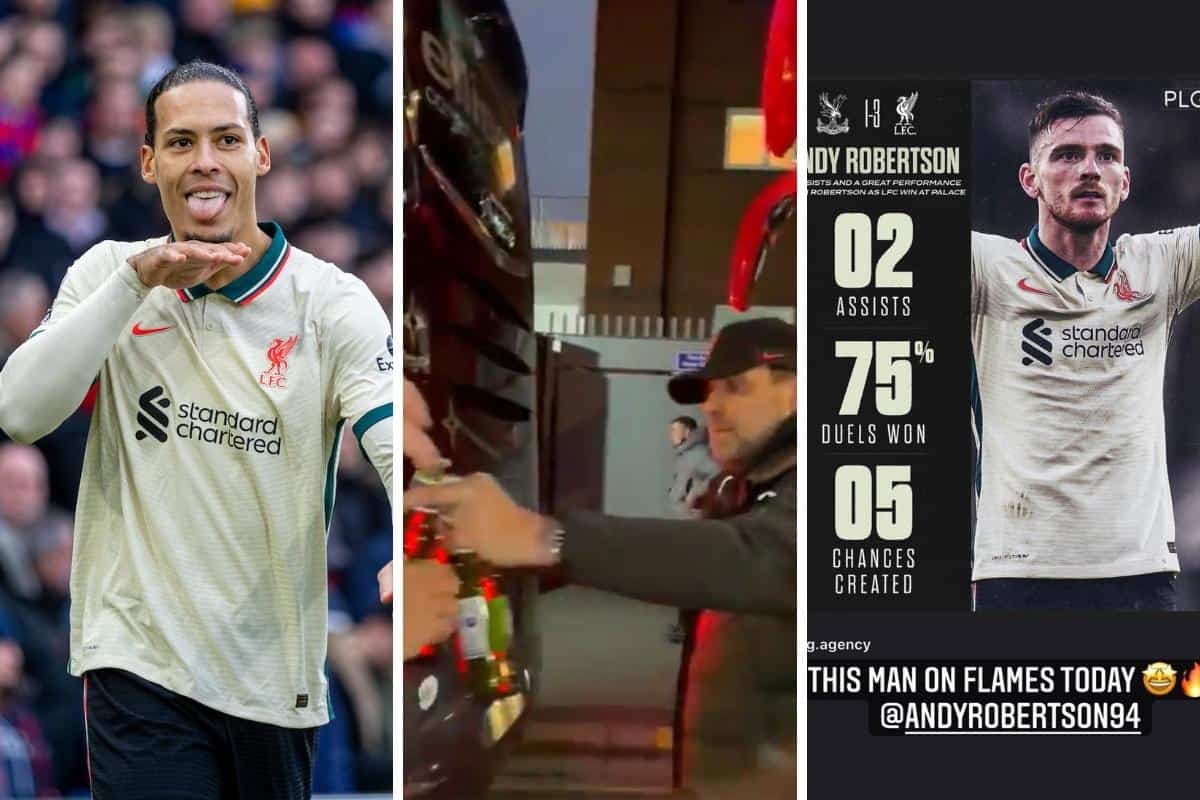 With a break now upon us, Liverpool ensured it will not be one that drags after notching a “big three points” at Crystal Palace, to keep the boss in a celebratory mood.

Jurgen Klopp made only two changes to the XI that secured a route to Wembley, despite less than 68 hours between the final whistle at the Emirates and the first at Selhurst Park.

The feel-good factor had the Reds up and about in the first 35 minutes, however, with Virgil van Dijk and Alex Oxlade-Chamberlain both netting their second league goal of the season.

Things would then get a little sticky as Liverpool invited pressure and became their own worst enemy, ensuring Alisson had plenty to do – which he did in world-class style.

“Down to us more or less! In the second half, we didn’t win the right battles,” Van Dijk would later assess. 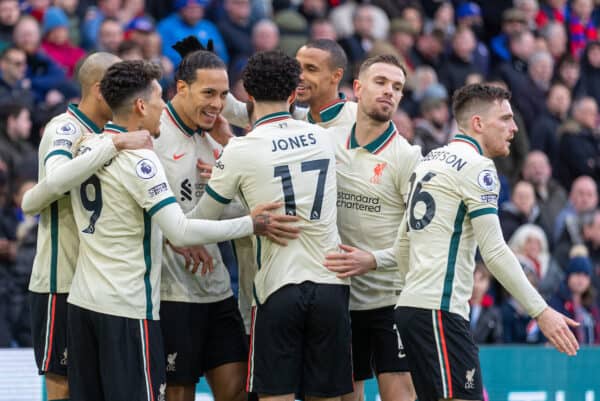 “We gave them a good feeling towards the end of the first half. In the end, it was three points away from home. We knew it would be tough and it showed.”

With Fabinho adding the buffer after Odsonne Edouard pegged one back, it was relief all around and plenty of smiles from afar and from the travelling Kop – which Klopp did not mind assisting with.

It came in the form of a few beers for those waiting near the team bus at Selhurst, which begs the question of how much they stock up for the trip home:

And the message from the squad after collecting all three points was clear, it’s time to refresh and keep pushing on.

For the man who delivered two assists on the day in Andy Robertson, there was no getting away from how “BIG” the three points were as he also lauded the away fans:

But now comes the time for the majority of the Liverpool squad to take a breather and recharge before yet another big month that will see the Reds compete across four competitions:

It’s all about the need to keep moving forward for Roberto Firmino and James Milner after the Reds were able to peg two points back from Man City:

And as one of three to represent their country in this international break, Fabinho only has eyes for what is next:

Liverpool have ensured the break is to not be a painful one with the victory, with 13 days to wait until they next take to the field against Cardiff in the FA Cup.

It’s a time which should see Klopp’s side return to nearly full strength and we for one cannot wait.