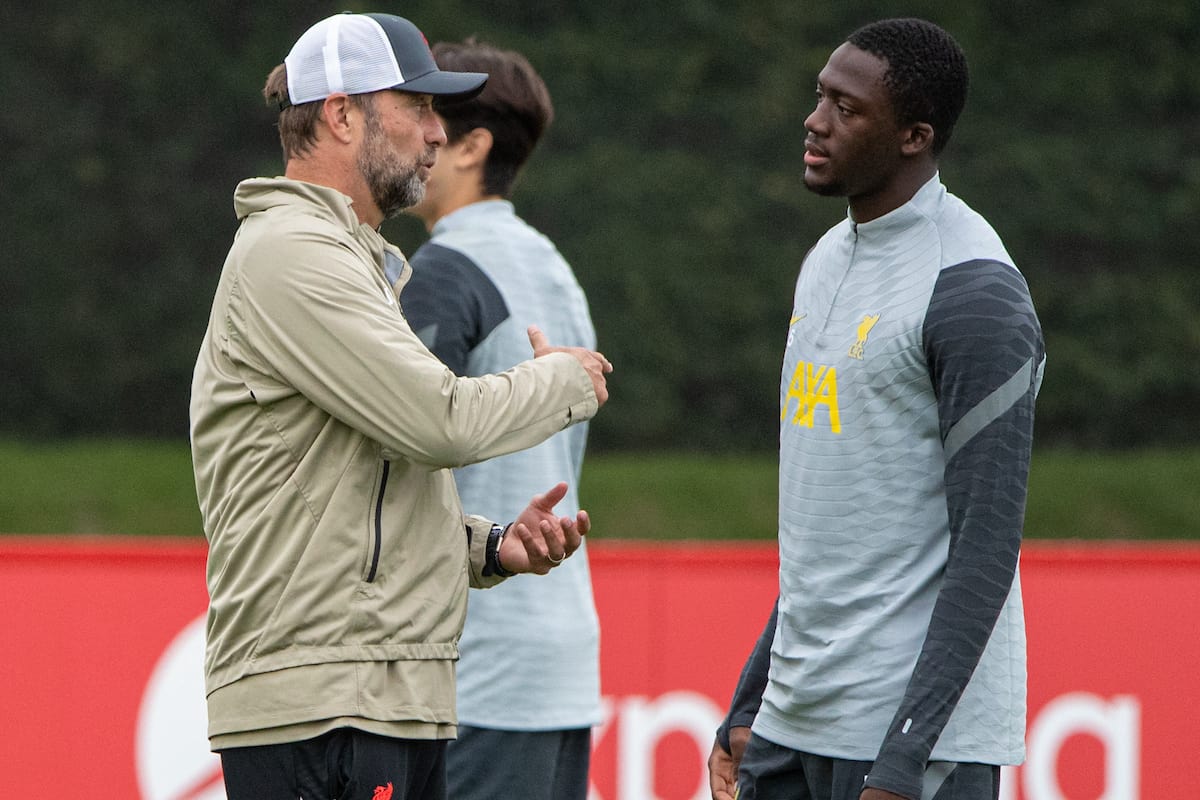 Jurgen Klopp has praised the form of Ibrahima Konate since arriving as Liverpool’s only signing of the season in May, while highlighting an area in need of improvement.

The Reds moved early in the summer transfer window, following a desperate end to last season that saw Nat Phillips and Rhys Williams fill in as starting centre-backs, with Konate brought in from RB Leipzig.

A £36 million incoming still stands as the only such deal of the campaign for Liverpool, despite calls for further reinforcements in both midfield and attack.

It has been a slow build for Konate, too, though injury to Joe Gomez and the management of Joel Matip‘s fitness have seen him make 12 appearances so far, including starts against Man United, Chelsea, Porto and AC Milan.

He has largely impressed, and in his pre-match press conference ahead of the League Cup semi-final clash with Arsenal, Klopp hailed his new No. 5

The manager did, however, stress the need for Konate to adapt further, along with improving his concentration at the back.

“First and foremost, what players should be is themselves, in the first moment. That’s why we sign them,” he told reporters. 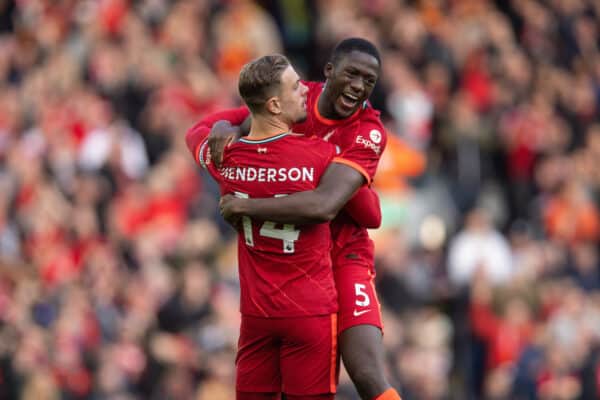 “But one thing is the analysis you do when you sign a player, the rest is what you see when you have him really around on the training ground.

“So he played pretty early games for us, and I think we all agree he’s an exceptional talent.

“Tactically, we play obviously very different to Leipzig. They play quite frequently there with three at the back, which is different as well.

“He had to adapt and has to adapt still to his team-mates left and right of him, and on top of that, we have with Virgil, Joe and Joel three – from my point of view – world-class centre-halves.

“So that’s the situation. 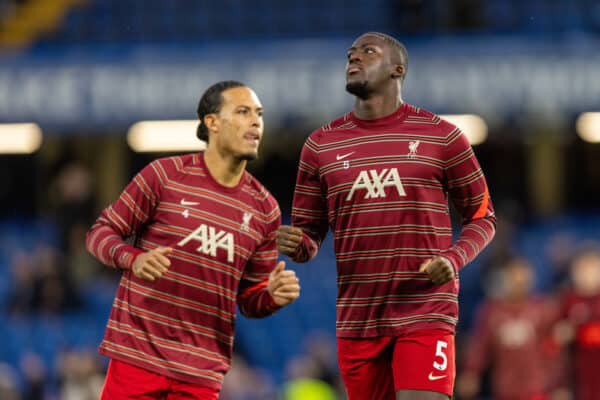 “We just couldn’t go into the situation again with three centre-halves, especially with [all] three coming back from long-term injuries.