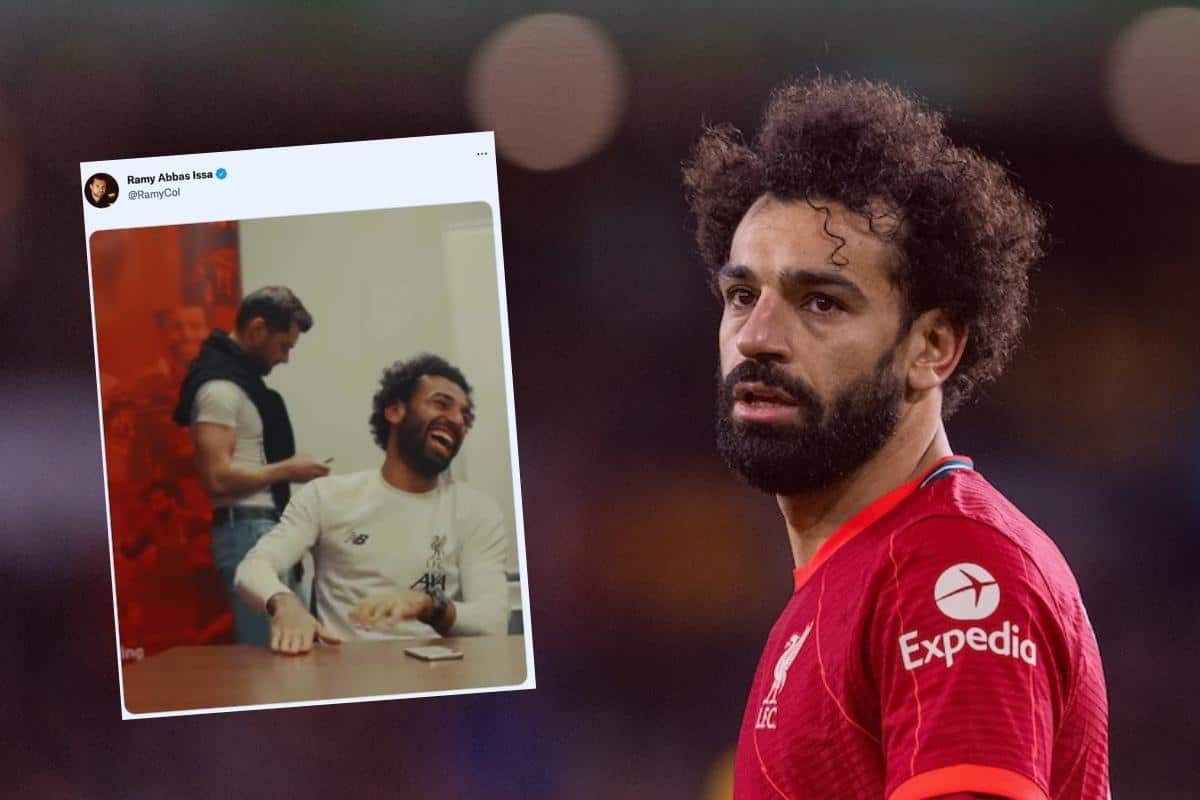 Mohamed Salah‘s agent Ramy Abbas is no stranger to cryptic tweets and his latest offering has Liverpool fans talking, mostly about the No. 11’s contract situation.

Contract talks surrounding Salah have been ongoing for some time, as while both Jurgen Klopp and the player have expressed a desire to extend the relationship no signature has been forthcoming.

Klopp is continually asked for updates and Salah continues to iterate that it is in the club’s hands, leaving fans eagerly awaiting the news they wish to hear.

And now Salah’s agent Ramy Abbas has stirred up Reds on Twitter with a cryptic tweet that some have optimistically interpreted as positive contract progress, but others feel it points to a laughable offer from Liverpool:

I really really hope this is good news. https://t.co/uk8fBdossh

He’s mocking it, FSG having fucked this up ain’t they https://t.co/C07MiWY9o3

Stop teasing us and actually get the contract signed! #LFC https://t.co/wwHehs0OsV

My opinion on this…

• Contract offer from #LFC is laughable.
• Do not understand the timing of this when Salah is on international duty.
• His agent is a money grabber & attention seeker.
• People saying it’s NB kit, that has no relevance to anything. https://t.co/N7PhGIe4Ic

Not a fan of what Salah’s agent is doing, even if it turns out he’s doing it because a deal is done or is close to being done. It just gets the fan base riled up for no reason. Just stop being a prick is what I’m saying.

Salah's agent is another Sterling type agent situation. Aidy Ward was acting like this all over social media. Clubs don't need that type of shite.

Honestly, I know he is looking after his client but surely Mo has a bit of common sense that his agent posting this type of stuff

Think this is unnecessary while Salah is away with Egypt. Not sure what is to be achieved by this https://t.co/zm09GZUCxN

I love this picture, but I hate this mystery https://t.co/nvhgfWeRTU

Either way, it does not necessarily make a lot of sense to instigate a story when Salah is currently with Egypt and aiming to win the Africa Cup of Nations.

Klopp’s latest update on the situation was prior to the first leg League Cup semi-final and he said: “These things take time, I cannot change that, sorry. But I think it’s all in a good place, nothing else to say.

“I’m very positive about it, but I don’t think it makes sense you speak on behalf of the fans, because I’m pretty sure the fans are not as nervous as you are.

“They know the club pretty long and know the people here have been dealing with things for pretty long, so I think there are enough reasons to be positive.”