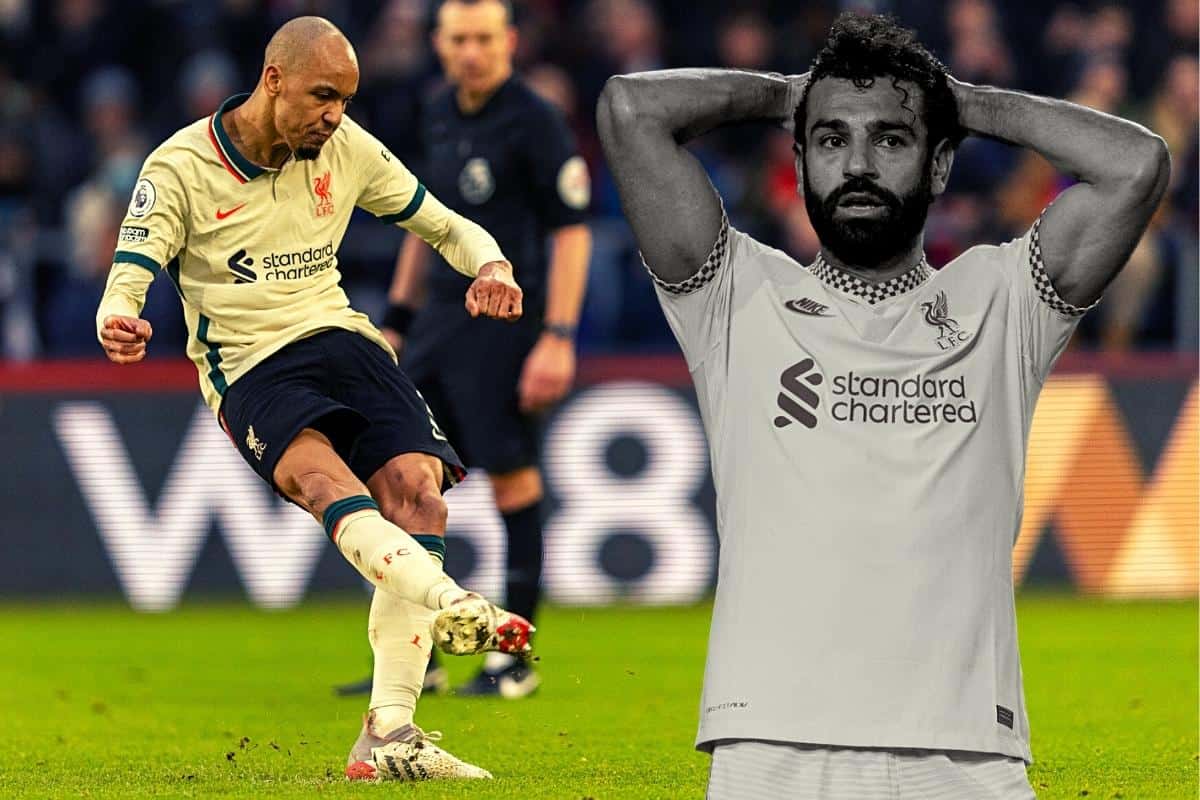 Alex Oxlade-Chamberlain and Jordan Henderson have both joked that Mo Salah‘s place as penalty taker could be under threat after another spot-kick from Fabinho.

Fabinho netted his fourth goal in the last five games as he stepped up to convert a late penalty at Crystal Palace on Sunday, sealing a 3-1 victory.

It was the Brazilian’s second penalty and his fifth goal of the campaign, finding the back of the net in the absence of usual takers Salah and James Milner.

He has picked up where he had left off, having excelled on penalty duties for Monaco prior to his £43.7 million to Anfield, netting 21 of a possible 22 during his time in the principality.

Though he missed from the spot in a pre-season friendly against Torino in 2018, Fabinho is clearly a trusted option for Jurgen Klopp – and Oxlade-Chamberlain has joked that Salah’s role could be under threat.

“I thought he was going to go the other way, the other corner’s usually his, the ‘keeper’s right,” he told LFCTV.

“But he managed to switch today and take another good penalty. He works on them a lot and he’s good at them.

“I think Milly was stood on the sideline as well, probably eyeing it up ready to come on. He was just about to come on there, but Fab did really well.

“He’s scored a few now, and he seems to have moved into that penalty spot.

“It will be interesting to see when Mo comes back, if he’s still got that No. 2 spot on pens! It was good though, we need that from him.” 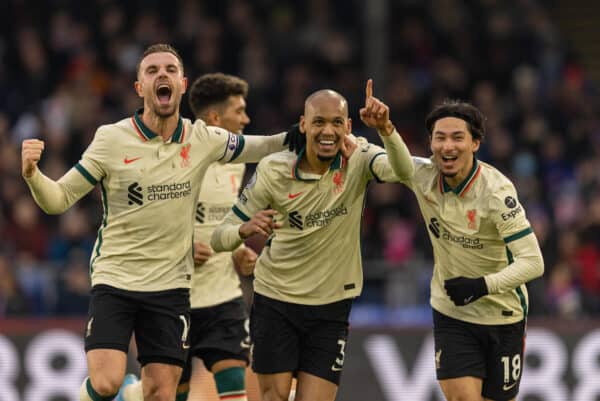 Also speaking to LFCTV, Henderson echoed the words of his fellow Englishman, with the captain in awe of Fabinho‘s newfound goalscoring edge.

“Mo will not be happy that he wasn’t here to take it!” Henderson said.

“Fab’s had a couple of penalties, couple of goals recently, so it was nice for him again, to get on the scoresheet to secure the win in the end.”

It is unlikely that Salah will give up his penalty duty when he returns from the Africa Cup of Nations, and given his quality from the spot there would be no reason to.

The Egyptian has a slightly worse record, netting 19 and missing three for Liverpool with two misses in seven for Egypt, but his mentality and willpower ensures he is first choice whenever Milner isn’t on the pitch.

But in Fabinho, Liverpool have another top-level finisher from penalties, and that can only be a good thing.