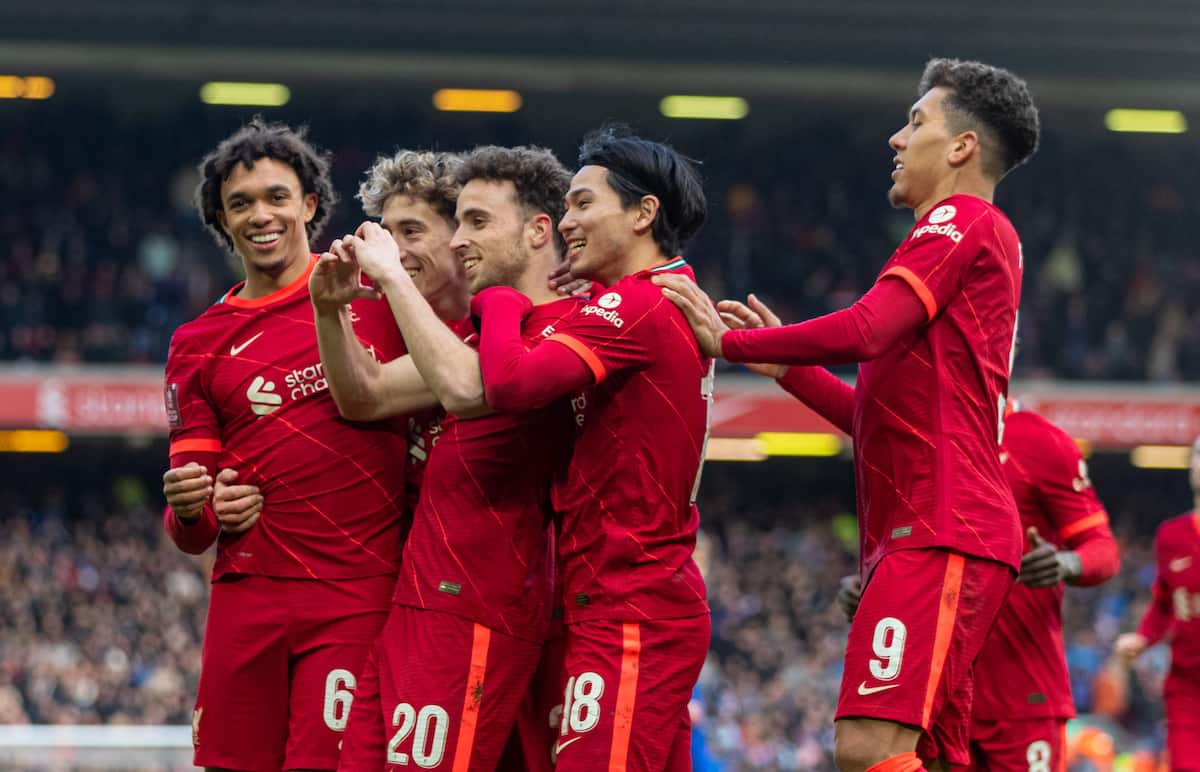 The watching media enjoyed Luis Diaz and Harvey Elliott‘s performances as the Reds eased to a 3-1 win over Cardiff in the FA Cup fourth round.

Victory was rarely in doubt for Jurgen Klopp‘s side, as they returned to action after the international break.

Diogo Jota, Takumi Minamino and Elliott scored Liverpool’s goals on the day, with Norwich now waiting at Anfield in the fifth round.

Elliott’s memorable return from injury was lauded by some… 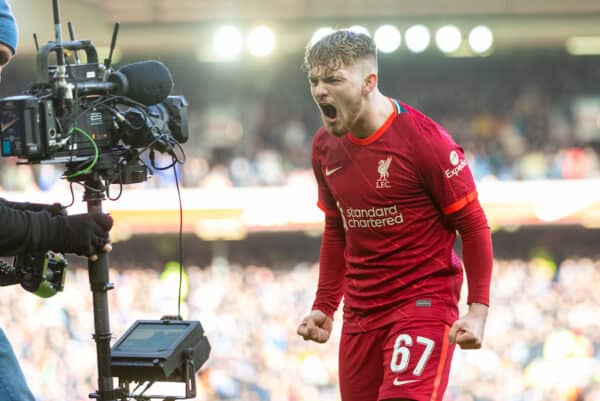 Goal‘s Neil Jones basked in the glory of the youngster coming back from injury:

“Harvey Elliott did not want to leave the pitch, and who could blame him?

“This was the day he has been waiting for, the ovation he has craved, the Jurgen Klopp hug he had longed for above all others.

“Enjoy it, young man. You deserve it.

“One-hundred-and-forty-seven days since the teenager’s world felt like it had caved in, here he was doing what he does best, and what he loves most.

The Guardian‘s Richard Jolly hailed the speed of Elliott’s return from a serious setback:

“For Elliott, their third was his first for the club and while it was taken beautifully – the winger taking a touch to control Andy Robertson’s cross and swivelling to dispatch a half-volley – perhaps his presence on the pitch was a greater achievement.

“It was 147 days since he dislocated his ankle against Leeds, when the immediate reaction was to fear for his future. A swift return had a stylish conclusion.”

The Mirror‘s Ben Husband was full of praise for both Elliott and Diaz:

“It’s not often that the debut of a £50million signing is overshadowed, but if it was possible, coming on with Harvey Elliott did just that.

“The Colombian was given a huge welcoming roar when coming on, as did Elliott, making his long-awaited return following a sickening injury at the start of the season.

“The sight of the talented Elliot returning to the field of play was a genuine feel-good story and he will now be hoping to pick up where he left off under Klopp’s tutelage.

“It didn’t take long for either to make an impact, with Diaz creating Minamino’s goal before Elliott took the roof off Anfield by scoring on his return.”

Liverpool have a genuine chance of cup silverware this season… 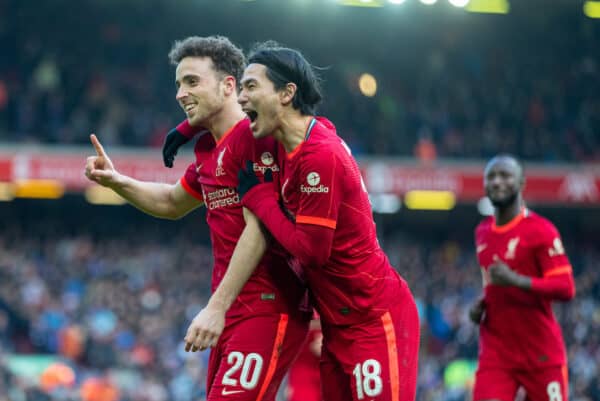 “The Liverpool boss has often been accused of taking the world’s oldest cup competition a little for granted, never truly taking a crack at lifting it.

“However, with the league title appearing to be beyond them, the two domestic cups have seemingly grown in importance.

“Having already reached the Carabao Cup final, they look set for a deep run in this competition and Klopp went with a very strong team to ensure their passage.

“Alisson Becker may have been rested, but aside from the Brazilian this was arguably as strong as Liverpool could have gone – and it paid off.”

Chris Bascombe of the Telegraph even talked up a potential quadruple:

“At what point do Liverpool start thinking about the quadruple?

“Too soon? Such a feat will be referenced at Anfield in whispers for now, but having reached one domestic final, Jurgen Klopp’s side secured a home FA Cup 5th round tie with Norwich City after seeing off a gutsy challenge from Cardiff City.”

This Is Anfield think Liverpool’s new-found depth bodes well for the rest of the season:

“Robbo, Thiago and Elliott were all starters at beginning of the campaign; all came on here for minutes in the legs. So too did our latest new face, all [potentially] £50m of him.

“Klopp has more options at this point of the season than he has done all year with maybe the only exception of the opening three weeks – though even then the likes of Jones, Thiago and one or two others were still missing at that point.

“And along with our AFCON pair, Brazil’s midweek duo Fab and Ali weren’t even a consideration.

“Every reason to be extremely confident about what lies ahead.”

“Big things lie ahead for Klopp’s side, who still harbour ambitions of chasing down Manchester City in the Premier League, have a Champions League last-16 tie with Inter later this month, as well as a Carabao Cup final against Chelsea to look forward to before February is out.

“They will need as many of their stars firing as possible, if they are to pursue all four major targets.

“The good news here, is that they have two new ones to throw into the mix. Exciting times, indeed.”