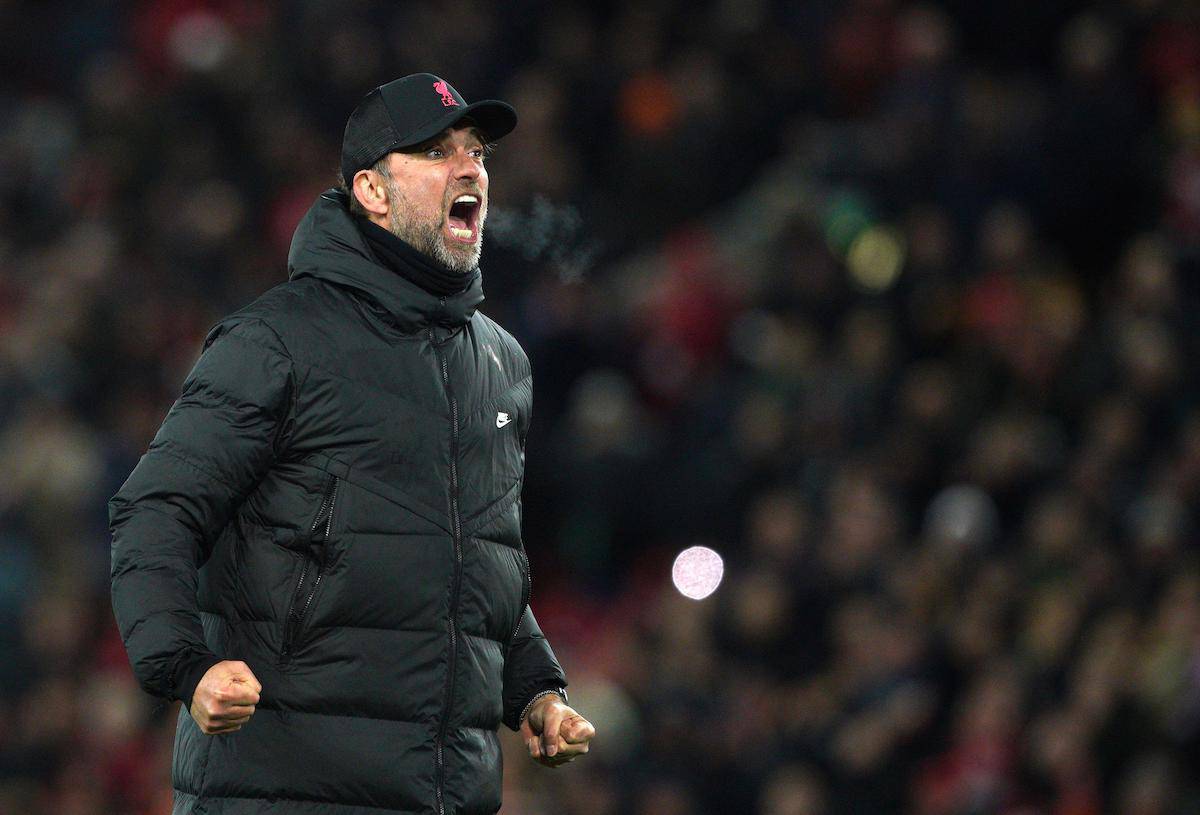 There was added passion in Jurgen Klopp‘s now customary post-match fist pump celebrations after the 6-0 win over Leeds at Anfield – and the boss admitted he got a little carried away!

Having seen his side hit six ahead of Sunday’s League Cup final, the Kop serenaded the boss in anticipation of his trademark salute after the match.

Klopp responded with plenty of passion and an extra few fist pumps for good measure!

Asked about it in his post-match press conference, he admitted he “got a little bit carried away!”

“If it would’ve been 10 seconds later, I wouldn’t have done it,” said the boss. “But in that moment I got a little bit carried away and it doesn’t happen too often anymore.

“Absolutely fine for the moment and I really love how the whole stadium responded to the game and how we really were in the game as a unit.

“I couldn’t be more thankful of the support of the people because so many things happen only because of them.

“I’m really that from time to time we can give them a performance and a scoreline like tonight.

It’s now nine wins in a row for the Reds, who moved to within three points of Man City at the top of the Premier League – and now with a better goal difference than their title rivals.

Next, it’s a trip to Wembley to face Chelsea in the League Cup final. Liverpool couldn’t be in better form.

Here’s hoping we see those fist pumps on Sunday afternoon!