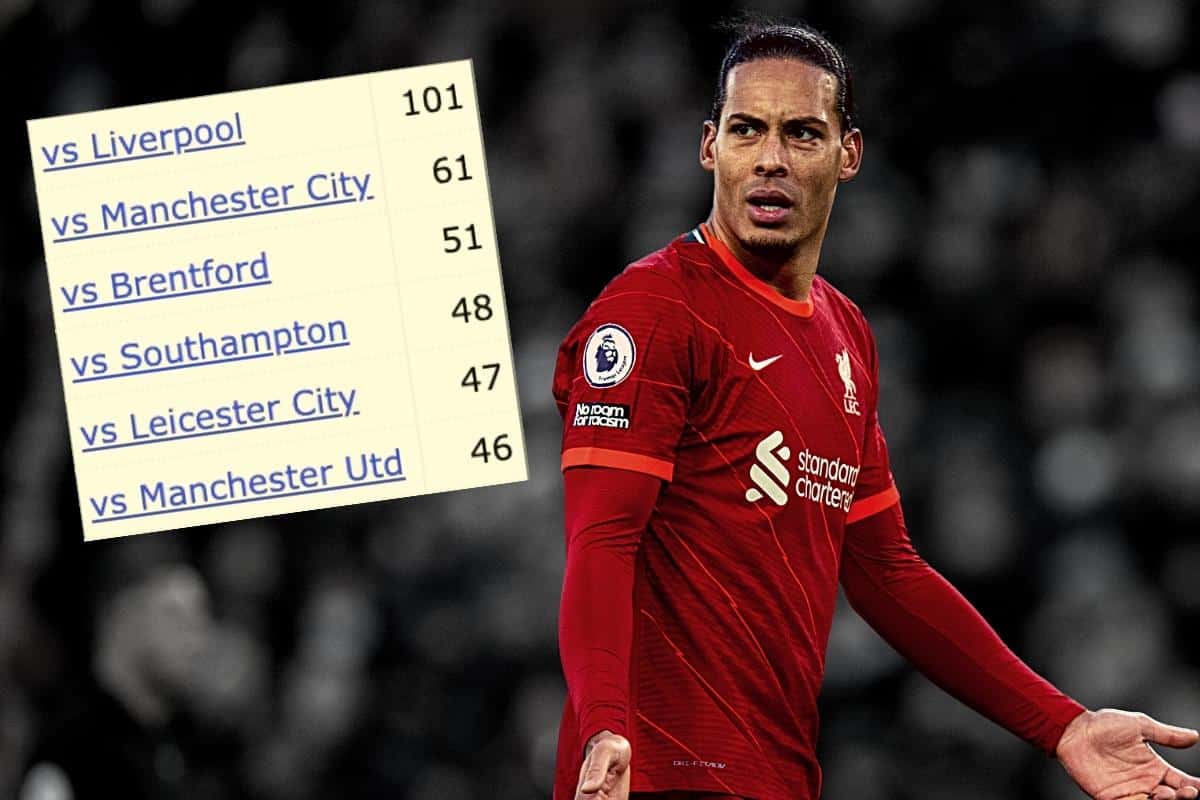 Liverpool have taken criticism recently over their use of a high defensive line, which has been singled out as a problem, but the stats show it is working in their favour.

It has become a point of contention among the more narrow-minded pundits in England, with the Reds’ use of a high line even described as “shocking” by Match of the Day 2‘s Jermaine Jenas.

As quoted by The Athletic, Jenas picked apart the defensive work in the 3-1 win over Crystal Palace last month, saying “at times I feel like they should have had it much more simple” and that “it’s like they pick their line and say: ‘We’re not moving’.”

This risk vs. reward approach was even discussed by Virgil van Dijk after the 2-0 victory over Leicester on Thursday night, while Burnley were claimed to have exploited it during Sunday’s 1-0 at Turf Moor.

Fabinho laughed off the suggestion that Burnley had “a lot of chances,” with the Clarets firing eight shots on goal but finding themselves flagged offside on seven occasions.

Only in two other games have Liverpool caught their opponents offside more often this season – Arsenal and Watford, both eight – with it proving a successful tactic.

Incredibly, despite the criticism, the numbers back up Jurgen Klopp‘s approach, with the Reds seeing the offside flag waved more times in their favour than any other side in the Premier League.

? Yesterday saw #LFC become the first side to catch their opponents over 100 times in this season's Premier League (101).

But that high line is a problem, right? pic.twitter.com/isf3AOZdml

According to FBref, Liverpool have seen 101 offsides called against their opponents, which is 40 more times than the next closest, Man City (61), and more than five times that of Everton (19).

It shows that the high line is doing its job, with Klopp comfortable with the organisation and recovery speed of his defenders, led by Van Dijk.

That does not work in the narrative of a plucky Burnley side taking the fight to the title contenders, of course, and it was telling that a number of their offside ‘chances’ were included in highlight packages.

Speaking to BT Sport after the win over Leicester, Van Dijk explained why Liverpool use a high line and how it works.

“We want to keep a high line because we know we can win the ball up high, and it’s the risk you have to take,” the Dutchman said.

“Luckily they trust us at the back to be able to deal with that.”

He added: “We train on this, obviously we don’t want to be standing, keeping our hands up and hoping for offside, we try to do it at the right time.

“When you are not sure, you just have to follow.

“But we want to win the ball high up and that’s the reason why we try to keep a high line and keep as compact as possible.”