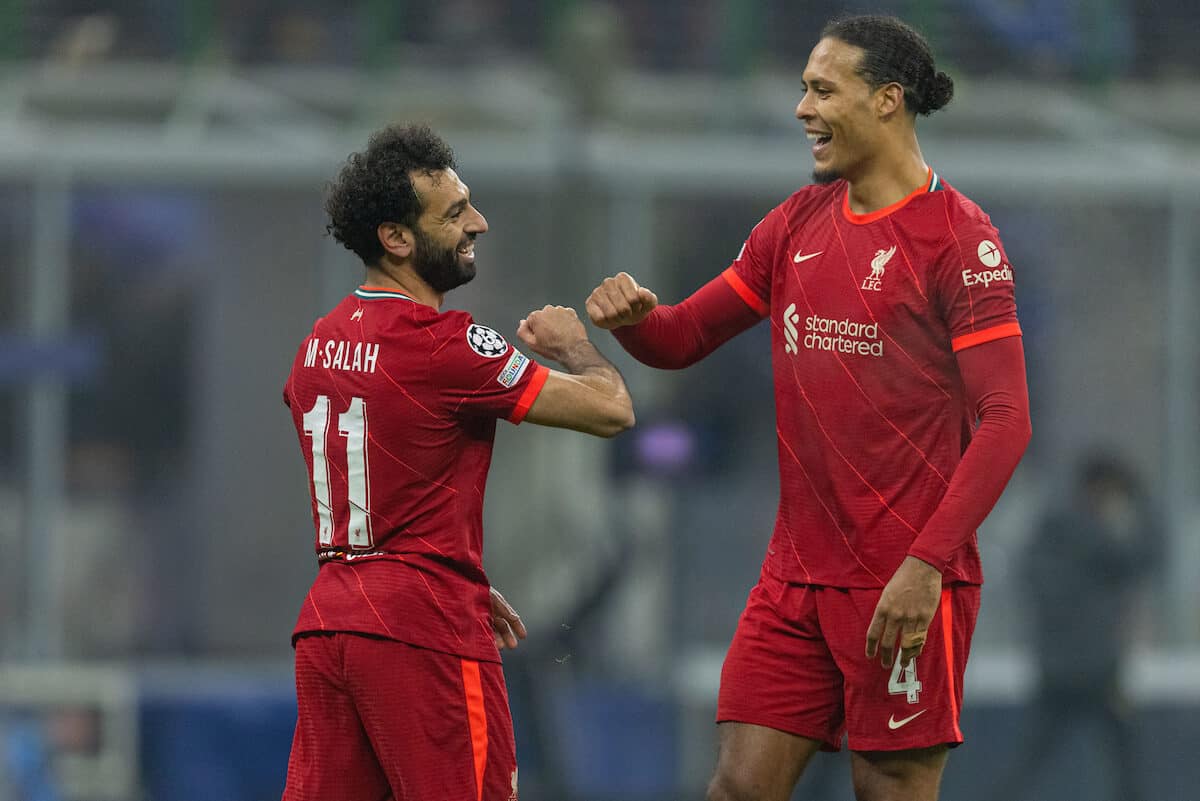 A defensive masterclass eventually led to a couple of goals for Liverpool to take back to Anfield after some excellent displays at the back.

The Brazilian’s passing out from the back was tested thanks to Inter’s high press, and he generally displayed a good range of distribution skills.

One kick from hands that fell straight on the feet of Mane in the opposition half was particularly impressive.

Made some difficult collections of Inter crosses look fairly routine.

Feels like he was targeted but he did well most of the time defensively. Couldn’t really get anything going in attack, perhaps as a result of this, and sent a couple of shots flying over the bar.

Echoed Van Dijk at times, which can only be a good thing. Uses his body well to stop opposition players and also made some good forward passes.

Was also put under pressure by Inter’s high press and came through it well. Made a number of key blocks in the second half, and passed what was his biggest test in a Liverpool shirt so far with flying colours.

Some excellent decision making and positioning, using speed and physicality only when needed.

There were moments when Inter forwards Lautaro Martinez and Edin Dzeko appeared to give up as they knew they couldn’t win the battle that would ensue.

Led the line which managed to catch Inter offside on a number of key occasions, and along with Konate limited the opposition to zero shots on target.

Liverpool players took in turns losing the ball in the first half so it feels unfair to add this to Robertson’s assessment — maybe did so more than most but it was still a good performance overall.

He created the best chance of the first half with the cross from a free-kick which Mane might have expected to score from once he got his head to it.

It was his corner, perfectly placed at the near post, which saw Firmino open the scoring with a header. A tireless display in which he was able to create a number of chances from dead-ball situations.

Very involved in both halves driving the team forward, even if not always in the tidiest of fashion, and defending well.

His pass success was quite low, though, at less than 80%, which may be one of the reasons he was replaced by Henderson.

Was the only midfielder who survived the second-half substitutes, remaining on the field until the final minutes when he was replaced by Milner.

Played a brilliant ball over the top for Salah in the early stages, and made one vital interception in the second half in his own box.

Nothing as outstanding as we know he’s capable of, but a very useful presence in and out of possession.

Caught out a yard or two from where he should have been on a couple of occasions, and perhaps could have done better tracking Hakan Calhanoglu when the Inter man hit the bar.

It wasn’t necessarily a bad performance but it was no surprise to see his number come up to be replaced by Keita.

A good experience for a future star of the Champions League. 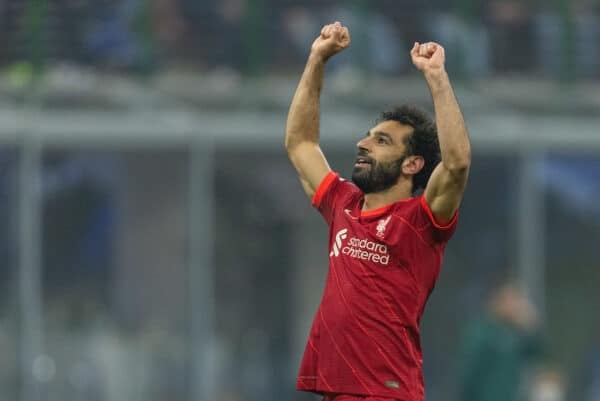 Had been doing a fair bit of the unspectacular teamwork, holding the ball up and tracking back, while also showing the occasional glimpse of his attacking threat.

This paid off later in the game when he was able to get his name on the scoresheet, pouncing on a loose ball in the shadow of Konate to grab Liverpool’s second and put them in the driving seat in this tie. A well-taken goal.

Jota was back through the middle between Mane and Salah as was the case for much of the start of the season.

That wasn’t to last long though as he was replaced by Firmino at half-time.

He struggled to get into the usual shooting positions, but that was often to do with good Inter defending rather than any fault of his own.

Sometimes a different dynamic was needed, and he was sacrificed at the half so Firmino could provide it.

Mane has been thrust straight back into the action following his Africa Cup of Nations win with Senegal, starting both games since his return.

Headed over from a Robertson cross and was busy enough to trouble the Inter defenders, tiring them out ready for his new teammate Diaz, who replaced him in the second half. 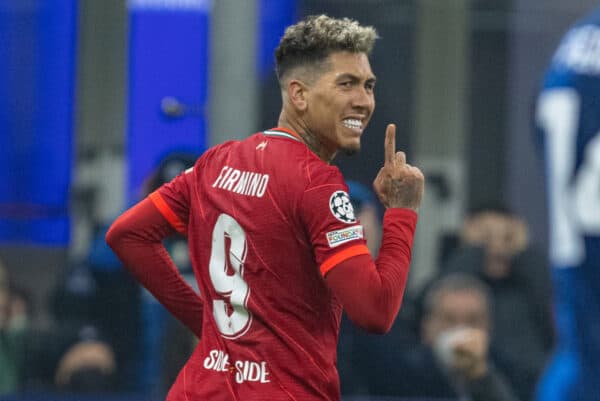 Had similar problems to Jota, and though he gave the ball away on a couple of occasions, was able to drop deep and provide an option in the build-up.

Made the breakthrough with an expertly executed glancing header from Robertson’s cross.

Didn’t take long before he was having his first shot, and was a livewire as soon as coming on. Looked as dangerous as Mane, if not more so. Really made a difference.

Added an element of control in midfield as the Inter players tired, and this helped lay the platform for Liverpool to take the lead in this tie.

Like Henderson, benefitted from the work those before him had done, and helped his side take control of the game, but also helped keep the tempo up in midfield.

Helped his side see out the game, coming on for his 800th career appearance. 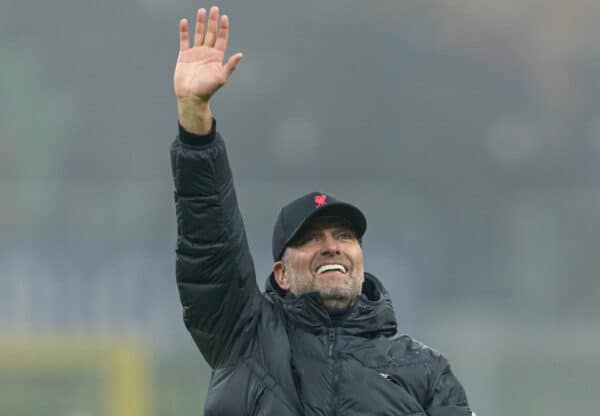 The boss took the bold step of starting Elliott in his first European fixture in what was also his first start after returning from injury.

It was a show of faith that worked to some extent, but he wasn’t afraid to change things up when changes were obviously needed.

Made a triple substitution just before the hour mark which added extra energy in a tiring game.

They were very effective, and the manager made sure this was a win for the whole squad rather than just eleven players.