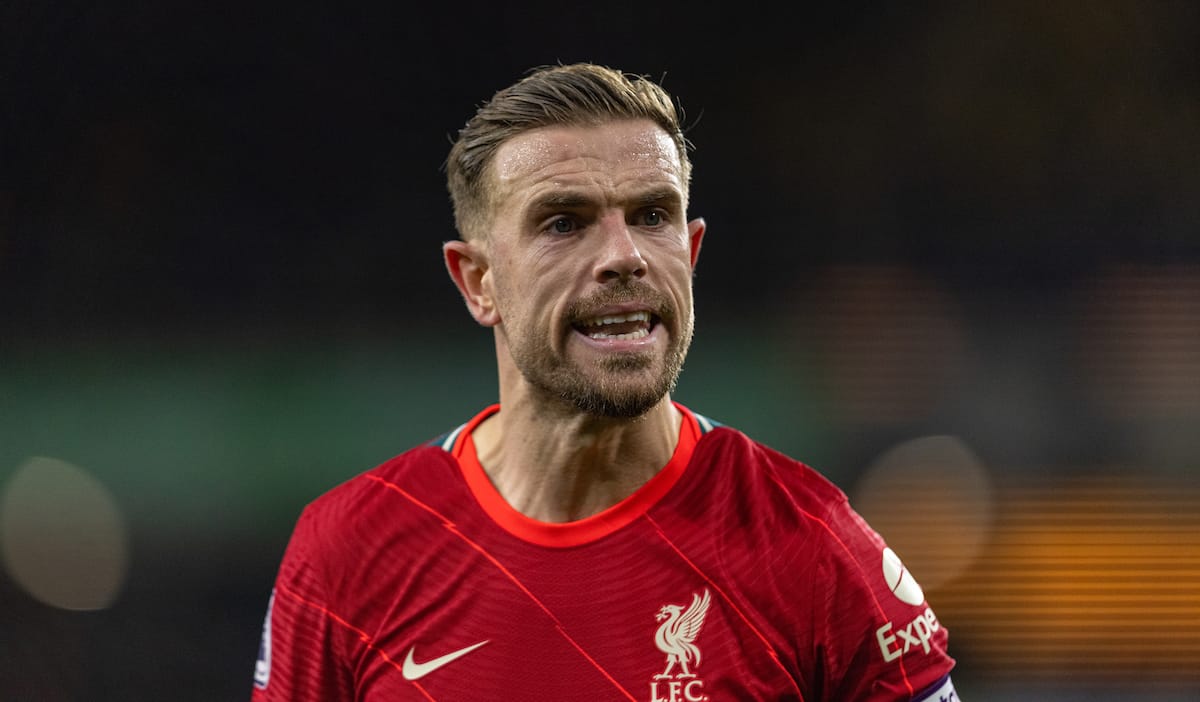 Jordan Henderson was a notable absentee in Liverpool’s training on Tuesday and Jurgen Klopp confirmed the captain is carrying a back issue from the Cardiff game.

The skipper was named in a strong XI that faced the Championship side on Sunday and took a heavy hit to his back in a strong challenge, leaving him on flat out on the turf for a few moments.

Henderson pushed on played 78 minutes before being replaced by Thiago, but he will be in doubt for the visit of Leicester on Thursday night.

With options aplenty, Klopp has the luxury of choice and it means Henderson will not need to be pushed to play if not at 100 percent.

“Hendo has a little back problem and Sadio is not here,” Klopp said of his squad. “But neither issue will be long-term, so that’s good.” 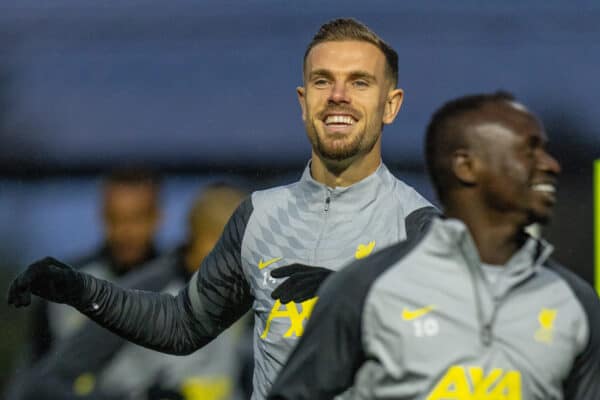 Mane is set to return to Liverpool on Wednesday evening to add further firepower to the attack and will provide another selection headache for Klopp.

With the treatment room now not home to a handful of players, it’s a new situation for the boss to have a handful of options across each department, and he does not quite want to jinx it.

“I can’t remember any time in my career when that happened, so I’m really cautious about talking about it,” Klopp continued.

“We have to use that responsibility now. The quality is there, but it’s not important who is playing but how we play.

“That’s obviously different for lineups, we played some good stuff and we have to deal with the situation and the job we have now. A new [situation], but an exciting one.”