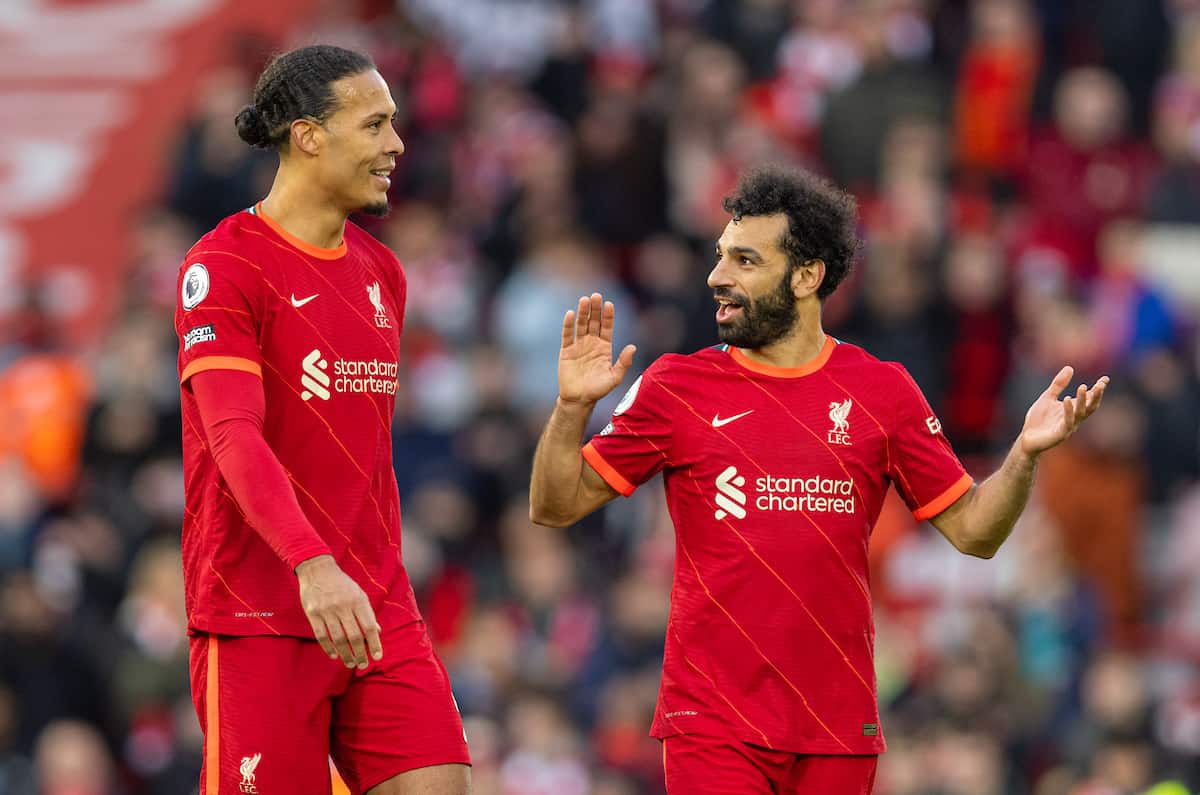 Liverpool returned to domestic action with seven changes against Norwich and had to come from behind to secure the points at Anfield on Saturday afternoon.

A few uneasy moments with so many crosses to deal with, though there were rarely attackers on hand to actually profit.

His distribution right from the start was fast and pretty much spot-on – but very little can compare to his assist for the Reds’ second goal, an inch-perfect, long-range pass right onto Salah’s toe.

A surprise starter at right-back for his first in the league this season and had himself a very solid first 45′.

He isn’t Trent, nobody is, but several times proved a good outlet or backup for Salah to recycle the ball and always on hand to mop up clearances.

Fair play to the No12; right-back isn’t his best or favoured role but he did everything he’s capable of to stretch the attack, be an outlet and even take on his man to find space to cross.

In the first half it was mostly a case of mopping up and recycling the ball for Matip, but he was also caught out with a couple of the more direct passes in behind him on the Canaries’ counters.

His biggest moment, though, was an outstretched boot right after the restart – which deflected Rashica’s shot away from Alisson and in for the opener.

Good finish for the ruled-out offside strike. Imperious in the air against Norwich clearances and crosses, with the afterburners getting a run-out once or twice too against counters.

How didn’t he score?! It’s the chance we’d all back ourselves to score even as overweight, non-sportsperson armchair fans – but Kostas blazed over from all of three yards in the first half from Salah’s cross.

Pretty good aside from that though, defending with aggression most of the game and finding a smart headed assist for Mane’s equaliser.

Another who had a hit-and-miss first half, with some of his defensive work both important and diligent, but also seeing him missing in the actual 6 zone when he decided to challenge higher upfield and was missed out.

Some of his passing forward was inventive and at a good tempo, keeping the Reds on the front foot, and he was involved in the build-up to the equaliser.

Finished the match very strongly in a two and assisted Diaz. 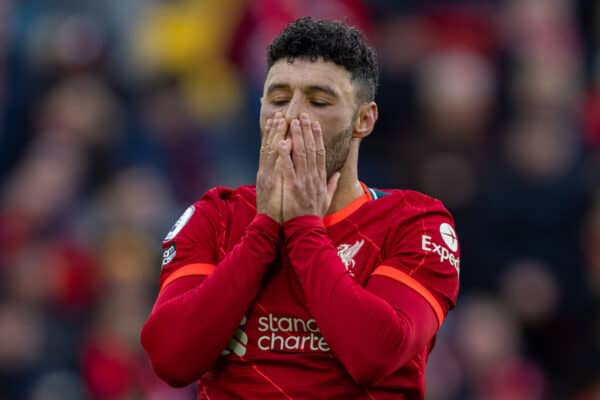 Started and finished the first half involved and looking sharp, but in between there was an awful lot of clearly rusty approach play and off-the-ball running.

Overhit passes and being turned over in possession only increased after the restart and should perhaps have been replaced earlier.

Industrious and often involved in the intricate build-up play in the first hour that was the hallmark of Liverpool’s performance at that stage – quick, short passes, but pretty much all in front of the defence.

Defended well and covered back in key areas; possibly unlucky to be subbed for a formation switch.

Had a lightning start; should have had a goal and an assist inside five minutes. His footwork and control of the ball was electric and he was constantly the player creating danger for the Reds – the amount of times he dribbled between two and three defenders was quite something.

It was inevitable Salah would score today and when he did, it was worth the wait: magic first touch, composure for days and then sent everyone the wrong way with his finish. 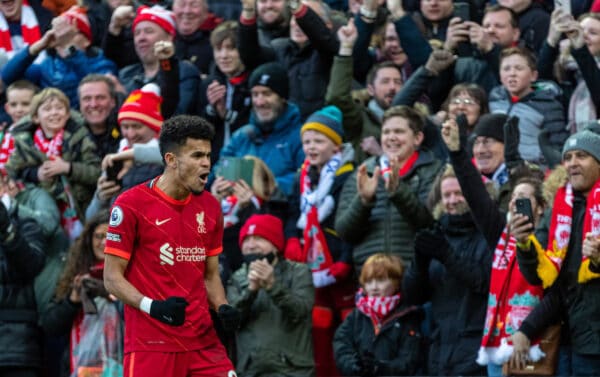 A hit and miss first half as we saw his traits in full flow and why they can’t always come off: he’s a high-risk outlet in the final third, lots of dribbles and attempted runs, which are of course hard to beat defenders with every time.

A few wayward touches and tackles, but also laid on a few chances and had a great chance or two he fashioned for himself.

Hard-working and dangerous at times but the end product wasn’t quite there until he went right up front in the final quarter – and found a perfectly dinked clip for his first Liverpool goal.

Really busy as the No9, showing great link play, inventiveness with his turns and intent to shoot and no shortage of pressing at all.

If Mane signs a new deal and stays, it’s absolutely worth considering whether the more central role should be his permanent home, given his changed approach to attacking over the last 18 months: fewer effective dribbles, not quite as much initial acceleration, but still incredible in the air, with hold-up play and industry.

Oh yes – he scored a worldie, too.

Divock Origi (on for Keita, 62′) – 7 – Nice to see him back to fitness. Caused the visitors problems as part of a two-man front line.

Takumi Minamino (on for Diaz, 89′) – n/a – The facilitator of a standing ovation for Luis! 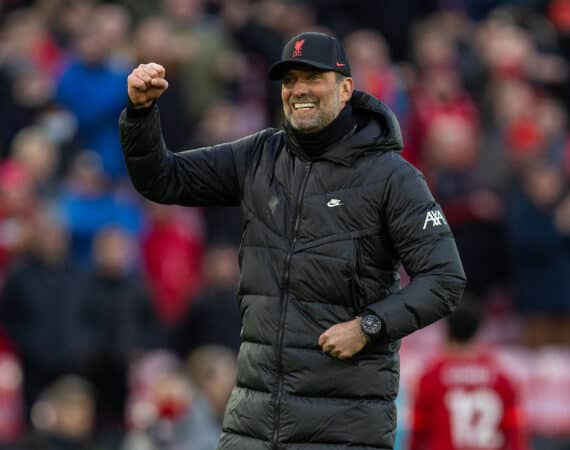 A much-changed side from the boss, far more than he usually would rotate, as he looks to make the most of having almost a full squad available.

It’s obviously easy to say it didn’t work, given Norwich took the lead and the Reds trailed when subs came at the hour mark, but they should have been ahead just minutes into the game and it wouldn’t have been a factor.

In any case, it was a risk to take out so many fundamental pieces such as Fabinho and both full-backs, but it all turned out fine.

Good subs and a tactical switch that paid immediate dividends.