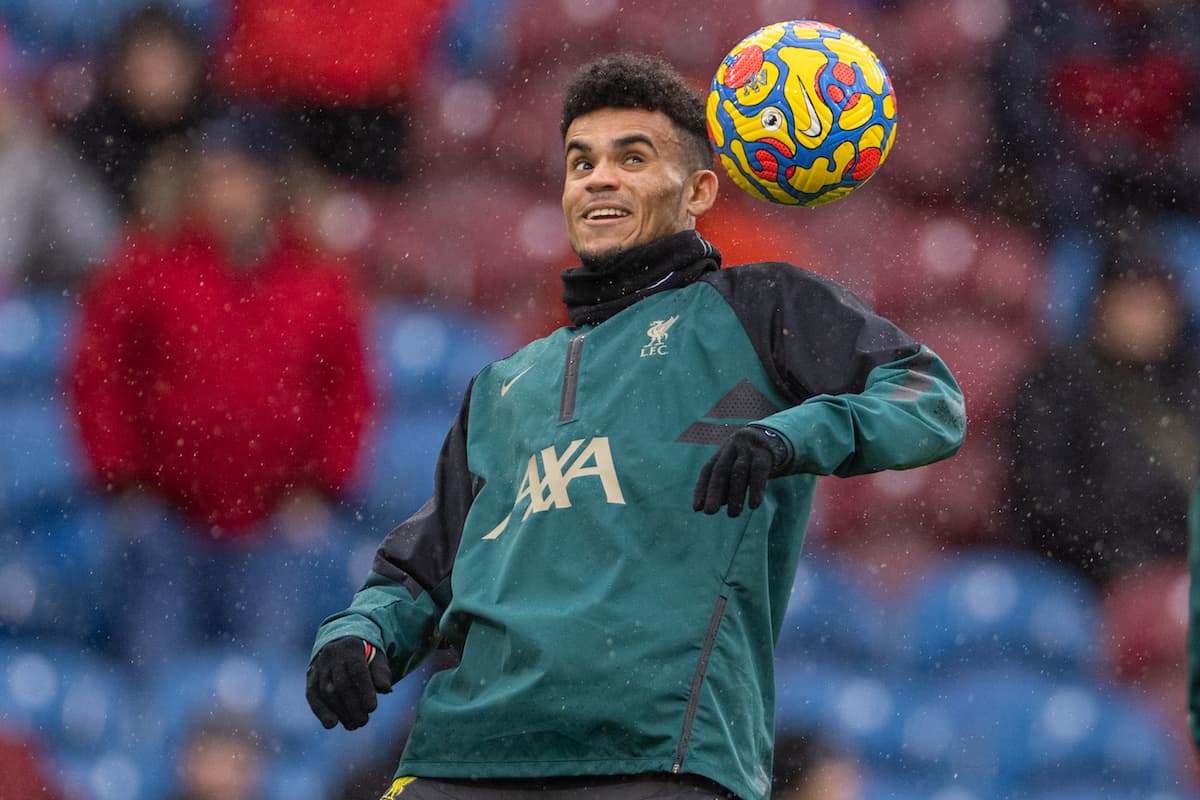 Luis Diaz is in line to start the League Cup final for Liverpool, and in the buildup to Sunday’s clash with Chelsea, the Colombian has stunned fans in training.

Few players have joined Jurgen Klopp‘s side and been able to play with such confidence and quality as quickly as Diaz, who has shone since arriving from Porto.

Injury to Diogo Jota and Roberto Firmino, along with the time Mohamed Salah and Sadio Mane spent at the Africa Cup of Nations, has led to increased exposure for the 25-year-old.

And a cameo debut against Cardiff in the FA Cup has been followed by starts against Leicester, Norwich and Leeds in the Premier League – playing almost every minute in each of those.

He has been direct and dangerous in his attacking play, while his work off the ball has shown why Klopp and his staff were so convinced he could adapt to the high-intensity system employed at Anfield.

Diaz has another edge, too, in his sublime skill, which he showed off in an interchange with Harvey Elliott in training ahead of the League Cup final:

In a video shared by @EverythingDiaz on Twitter, Elliott and Diaz can be seen playing keepy-ups with a series of extravagant returns to their new team-mate.

The pick of the move came as the Colombian jumped onto a loose pass from Elliott and produced a mid-air rainbow flick, before clipping the ball back to the No. 67:

It was a move Ronaldinho would have been proud of, and showed the influence the legendary Brazilian has had on a generation of footballers that grew up watching him at Barcelona.

Fam Elliott has so much tekk but Diaz is just a different breed wid it ? that rainbow flick in mid air?? https://t.co/LFVgLsB4Li

this is so ridiculous my brain can't quite understand what happens.

Diaz is our little Ronaldinho I’m telling you now https://t.co/TvPI36AJHs

I sincerely believe Diaz is who PSG thought they were getting when they signed Neymar .

Of course, there is a big difference between pulling off a mid-air rainbow flick in training and consistently making it count on the pitch for Liverpool.

But in Diaz, the Reds have signed a player high in confidence and skill, who will be looking to make his mark in the League Cup final.