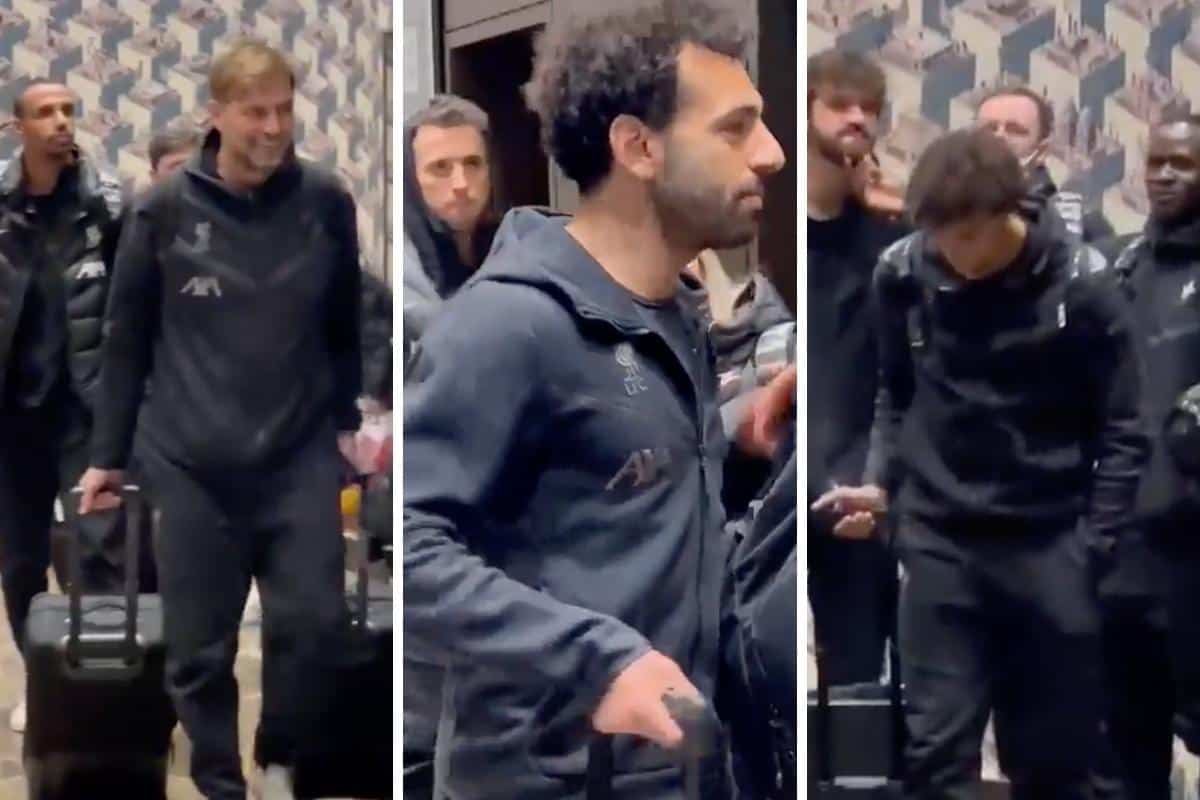 Jurgen Klopp‘s squad arrived in the capital on Saturday ahead of their Wembley cup final this afternoon and were greeted by some vocal Liverpool supporters at their hotel.

The Reds made it through four rounds and five games to seal their place alongside Chelsea in the League Cup final, with the manager using 29 different players in the process.

From academy talents to those on the fringe and his regular starters, the strength of Klopp’s squad has been put on show throughout the competition.

He will be left with some difficult decisions for his final 20-man squad, but that doesn’t mean others will be left behind as the team effort makes for a strong travelling party.

And they were given quite the welcome at their hotel overnight, with Reds loudly greeting the squad as they arrived and headed into the elevators.

Diogo Jota was one such player spotted amid the uncertainty over his ability to be named in the squad, but his presence is no surprise as he previously said, “I will be there anyway, supporting the team if I am not playing.”

The LFC team greeted by fans at their hotel in Wembley pic.twitter.com/Twobq58Wwr

Roberto Firmino is to play no part due to his adductor injury but was present, as too Kaide Gordon after his efforts are rightly recognised for the big day.

There will be tough decisions over the likes of Joe Gomez and Curtis Jones after being notably left out in recent weeks, while Takumi Minamino and Divock Origi are set for a place on the bench.

There are only hours to go until all will be revealed and Reds will certainly be eager to see Jota’s name grace the teamsheet and how Klopp is to approach the final.

The manager enjoys a curveball from time to time, but surely one of those is not on the cards this afternoon.