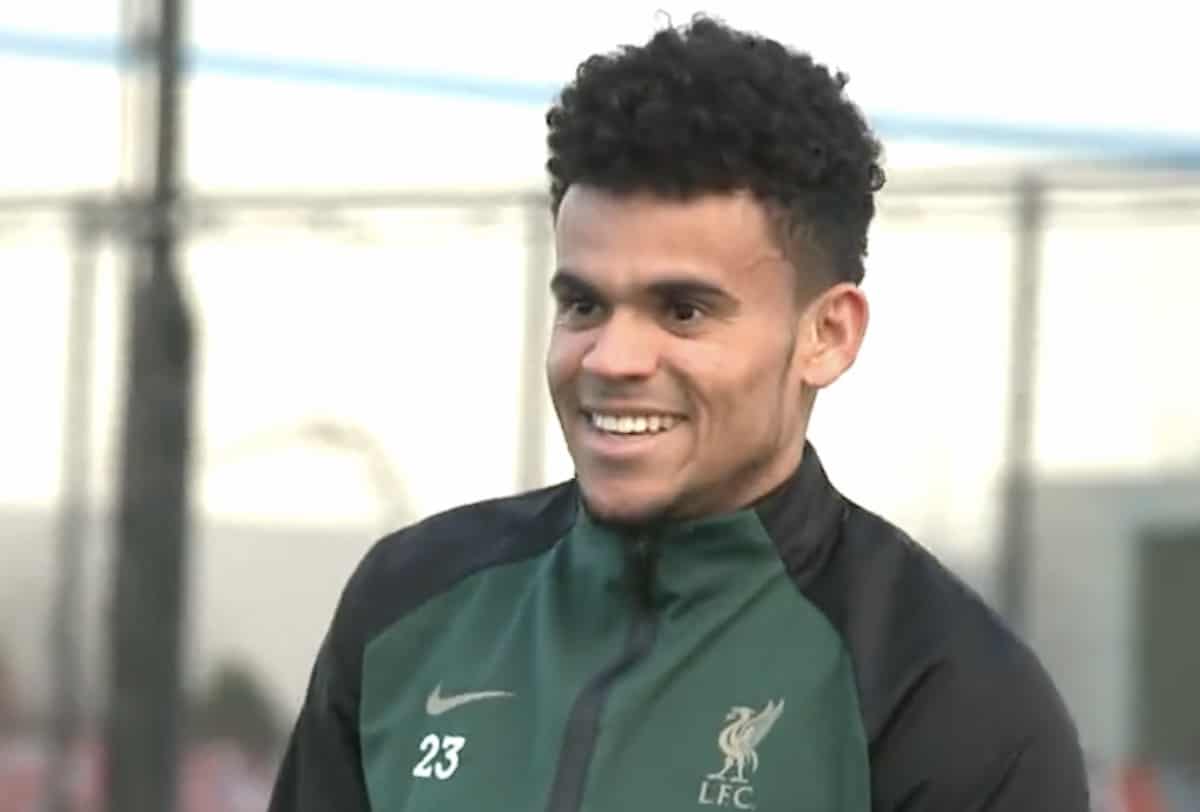 Luis Diaz only arrived at Kirkby on Friday but is ready to get stuck straight into life as a Liverpool player with the winger ready to “do my bit and contribute.”

It was a move that was received “like a bombshell” in Diaz’s home country and among Liverpool fans as the Reds moved quickly to land their target.

The Colombia international officially landed in Merseyside on Friday and a famous Jurgen Klopp hug awaited his arrival as he met his new teammates and coaches for the first time.

His introduction included an individual training session and media duties, where he spoke of his delight at making the move to Anfield and getting right to work.

“I think right from the word go! I’m committed to being available from today, the very first day I’ve arrived,” Diaz told the club’s official website.

“I’ve already trained a bit today, I was out on the pitch and then in the gymnasium. So yes, my mindset is that I’m ready to help out my team and do my bit and contribute, as you said.

“I’m available to the manager and his coaching staff for whatever they need me for, and I’ll be ready to go whenever.”

With 16 goals and six assists to his name before leaving Porto, there is a promise for more in a Liverpool shirt as the Reds continue their fight across all four competitions.

And under the guidance of Klopp, Diaz is excited by the prospect of taking his game to another level in what will be a foreboding thought for opposition clubs.

“It excites me a lot knowing that I am going to have a manager of that standing and stature,” the 25-year-old said of Klopp.

“You could see that for yourself both times we came up against Liverpool with Porto, you could tell he was a good person and that not only on the football side of things, but he takes care of the personal side of things as well. 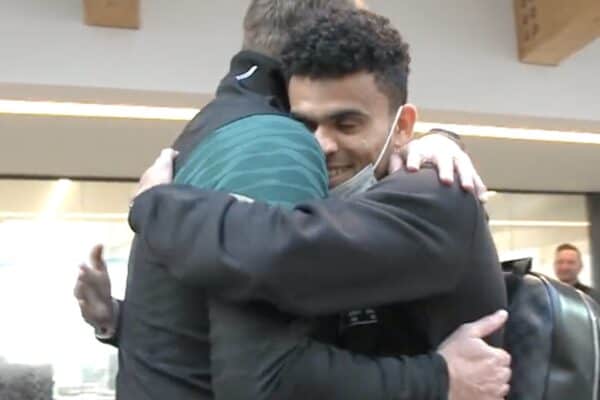 “At first it is going to be a settling-in period and a chance to grow alongside my teammates and the manager and his coaching staff.

“As you say, he is going to help me a lot, so I am really happy to be here sharing that experience with him. Here is hoping that helps me a lot in my career as a professional player.”

Reds could get their first look at Diaz against Cardiff on Sunday with Klopp not ruling out a debut in the FA Cup tie.