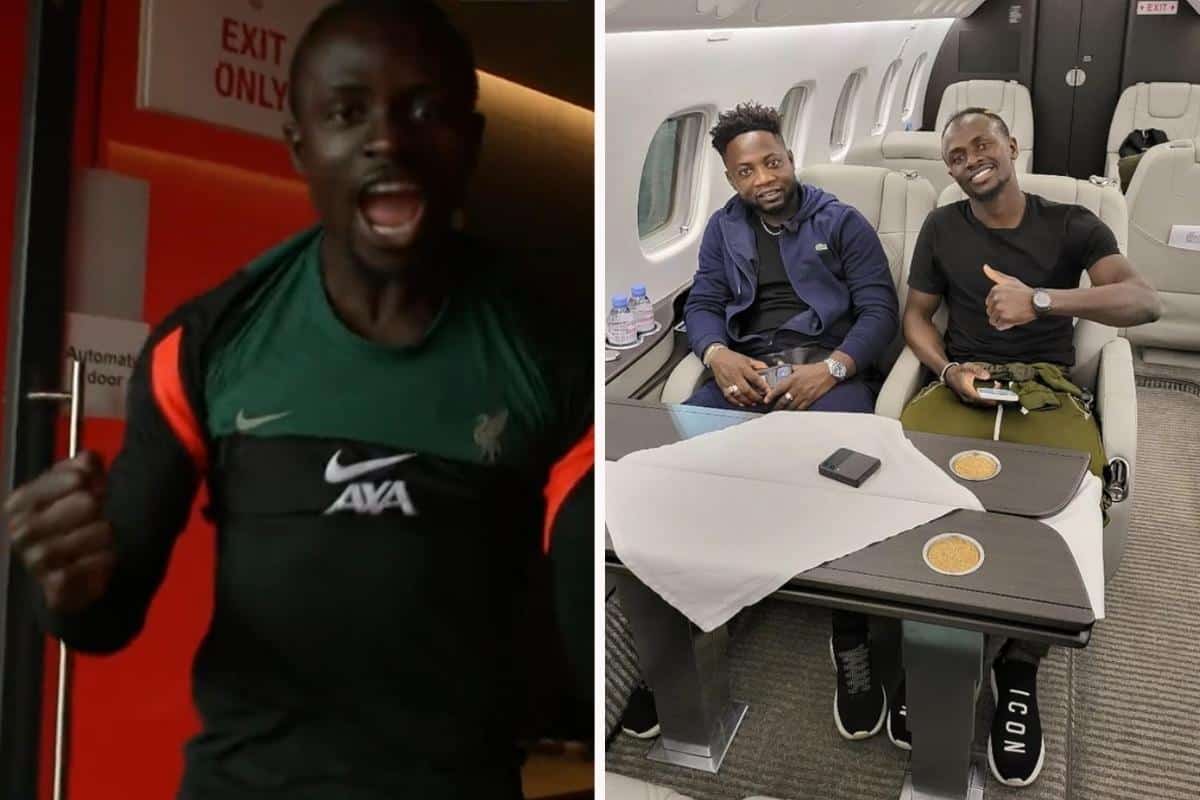 Sadio Mane trained with Liverpool for the first time since the start of January on Friday as he gets set to mark his return following his Africa Cup of Nations triumph.

It has been a whirlwind five weeks for Mane since he jetted off to Cameroon following on from the draw at Stamford Bridge at the turn of the year.

He played a total of seven games that amounted to 640 minutes, took a nasty hit to the head, scored three goals and set up another two and was named player of the tournament as Senegal lifted the trophy.

With a crazy parade that followed and a meeting with Senegal President Macky Sall which saw Mane and his team receive the country’s highest order, it’s been an emotional and physical ride.

But after a quick rest on his return, Liverpool’s No. 10 was back with his teammates on Friday as preparations for the trip to Burnley got underway.

And he received a typical English winter welcome, a far cry from the heat of Cameroon.

Clearly pumped to be back, Mane will be in contention on Sunday with Jurgen Klopp confirming a decision will then need to be made as to how involved he can be.

“Sadio will come in for training this morning and I assume will be in full training, then we will make a decision after that,” Klopp told reporters on Friday morning.

“Emotionally, he will still be high flying but physically we have to see how intense it was for him in the last few days.”

The 29-year-old adds to an already explosive forward line and a squad that is fully fit, with the manager having more options than he does spaces in the matchday squad.

But it is likely the manager will take a similar approach to Mane as he did with Salah against Leicester, easing him back in with, thankfully, no rush for a spot straight in the XI.