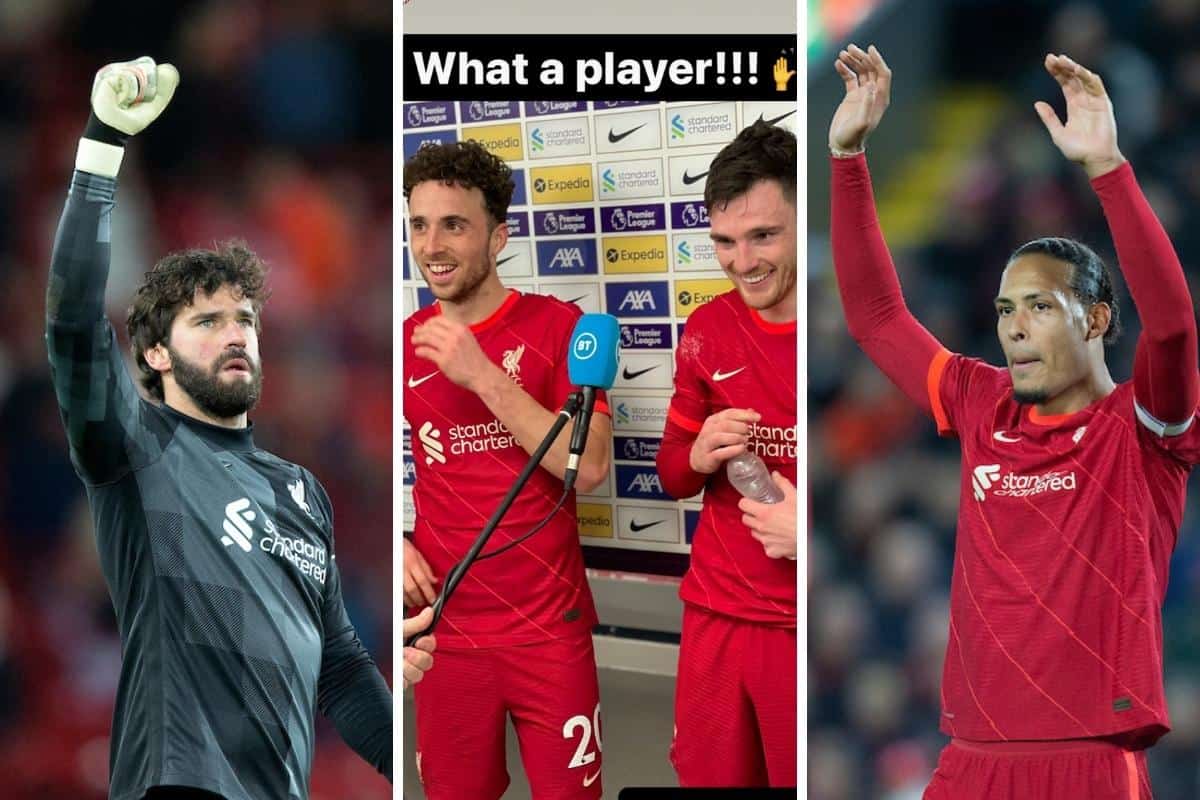 ‘What a player’ seemed an apt remark from Andy Robertson after Diogo Jota‘s match-winning brace in the win against Leicester, a result that brought about a number of positives.

It was a quiet start to the match for Liverpool’s No. 20 on the right flank, but that did not stop him from being in exactly the right spot for the opener.

Nor did it prevent him from finding the space to convert Joel Matip‘s nutmeg assist, taking his tally to 17 goals this season and moving Liverpool’s win column to 15.

Jurgen Klopp commended his “genius moment” and forebodingly said “we have no idea where his limit is,” in what is an exciting thought for the near and long-term future.

And he also had ex-Red Daniel Sturridge lauding his talent, with an accurate summation that he is, indeed, “on flames.”

On another note @DiogoJota18 is on flames. Keep banging them in ????

“It’s my best [goals tally] so far. I want to keep helping the team. That’s the most important thing,” the No. 20 humbly said after the match.

And while not eager to focus just on his goals, Jota reserved a place to thank Matip for his valuable contribution to the 2-0 victory:

It was another night under the Anfield lights and with Thiago and Fabinho reunited in the middle, there was only ever going to be one result.

It’s safe to say the pair enjoyed their evening:

As for Robertson, the focus is on what is next with the Reds needing to “keep going” after ticking off another box in their pursuit of Man City:

“The only way we can answer the questions is by getting results. The gap is still too big. We just have to keep putting pressure on them,” Robertson stressed after the win.

And the next chance to do so comes with little wait time, with a trip to Burnley now on the agenda on Sunday – with another victory a must.