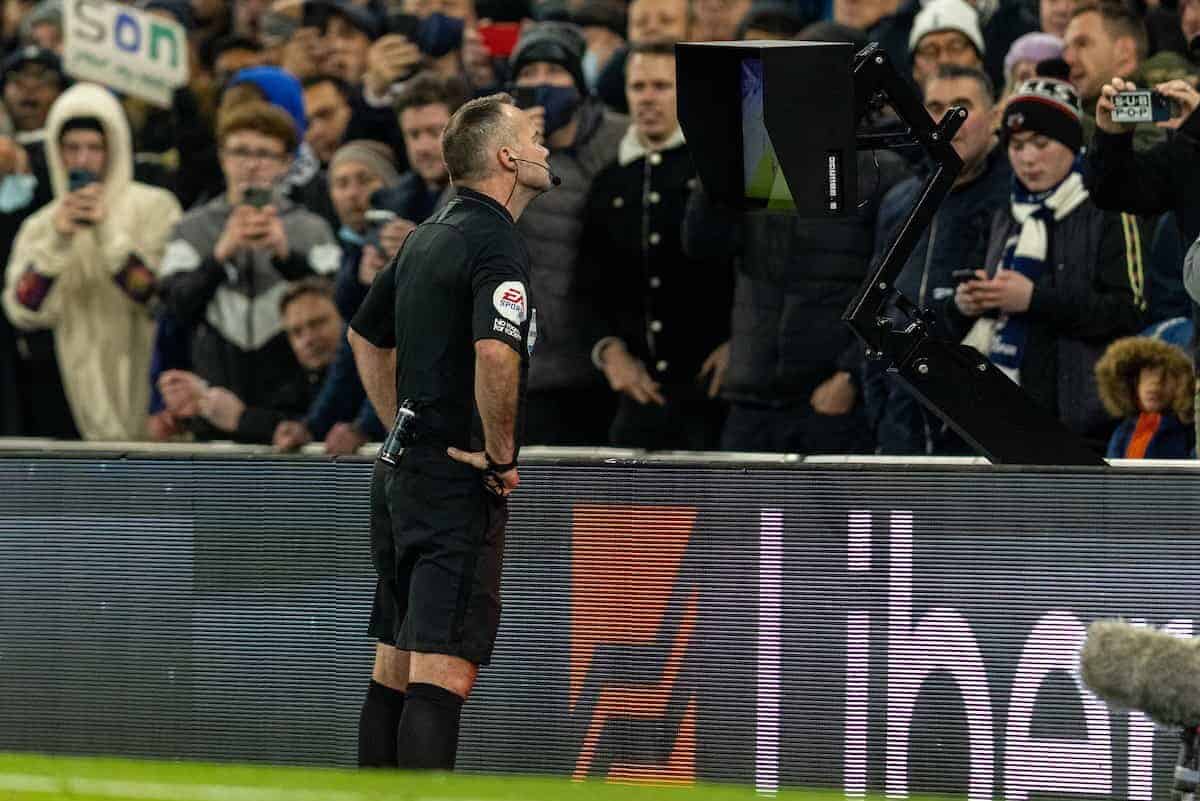 The referee and his assistants have been named for the League Cup final, with the appointment of Darren England as VAR a contentious one for Liverpool fans.

Liverpool will take on Chelsea in the final of the League Cup on February 27, and the officials in place for the tie have now been named by the EFL.

Stuart Attwell is to serve as referee, with Dan Cook and Dan Robathan his assistants and Andy Madley the man standing as fourth official.

There is a perhaps controversial appointment in the VAR booth, with England – who has filled the same role in each of the Reds’ last two games – the lead at Stockley Park.

In both of those games, Liverpool have been denied a penalty after VAR review following clear fouls on Mohamed Salah in the box.

Against Leicester, it came after Daniel Amartey scythed the No. 11 down just after he had shot during a one-on-one with Kasper Schmeichel.

Darren England has been named VAR for the League Cup final.

He overlooked fouls on Mo Salah in the box in #LFC's last two games against Leicester and Burnley…? pic.twitter.com/YtxKIInqT6

And on Sunday at Turf Moor, Salah was brought down by Wout Weghorst only to see the appeal waved away, seemingly due to the way in which he went to ground.

While there are questionable decisions in almost every game, it is notable that these came in consecutive fixtures with the same man on VAR duty.

There is clearly faith in England among those on the PGMOL board, which is in place to cut through the tribalism of supporters – with every fanbase having an issue of some sort with every official.

But there will be a keen focus on the 37-year-old from Doncaster, as well as Attwell himself, as they preside over the first major final of the campaign.