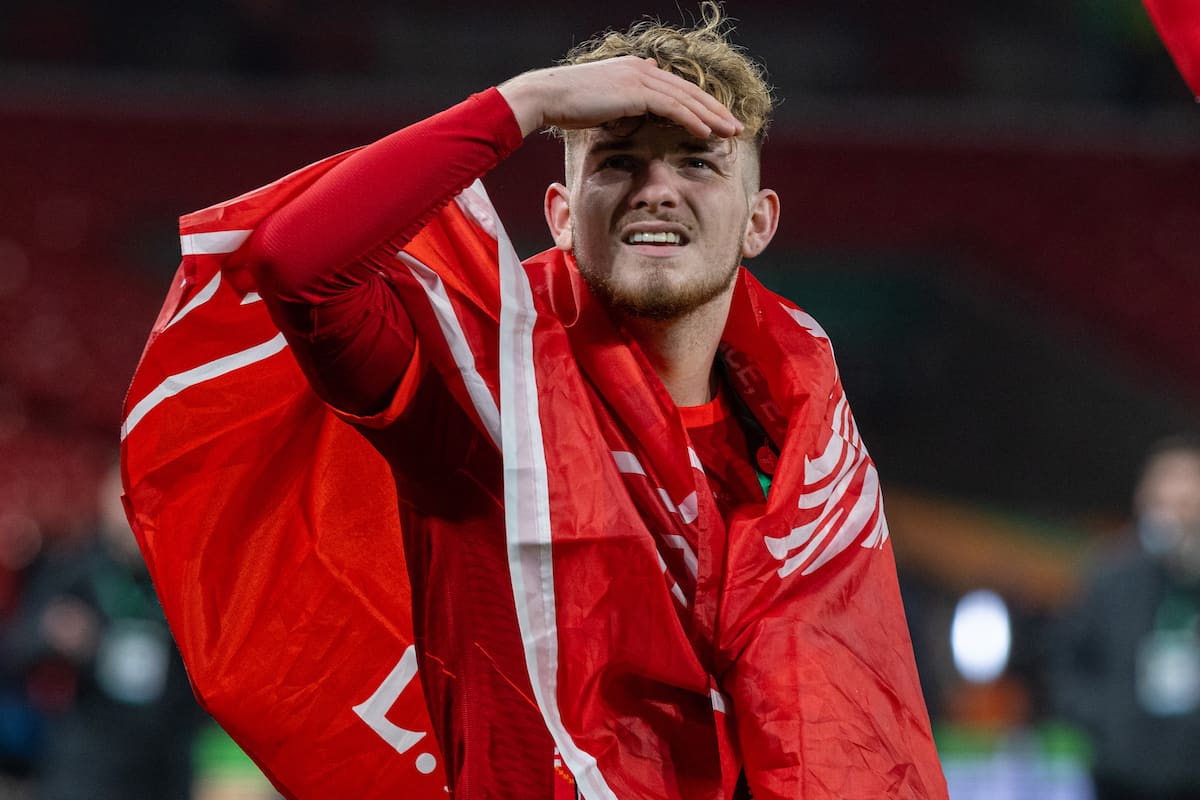 Since returning from injury Harvey Elliott has been in and out of the matchday squad but it is not due to managing his injury, just a sign of competition in the squad.

The 18-year-old has made five appearances since his comeback from a horror ankle injury, with only one start in Liverpool’s last 12 games – twice missing the matchday squad in that time.

The FA Cup tie against Cardiff represented his return and in the month-and-a-half since, he’s settled for 206 minutes of action across four different competitions.

It has led to questions about his role and place in the squad, and on Friday the manager was asked about Elliott’s situation and denied his minutes are due to a case of managing his fitness.

“Managing [the injury] not really, to be honest. It is the competition for the places and stuff like this,” Klopp explained. 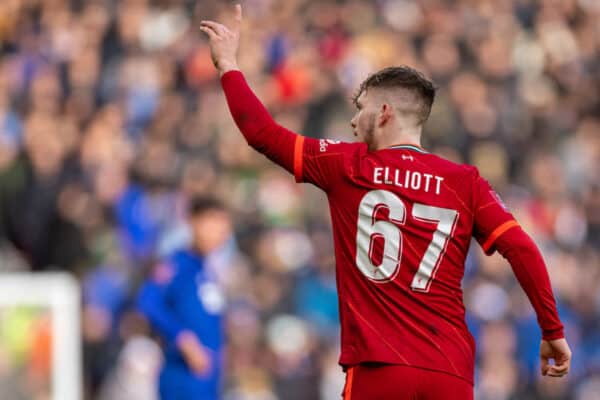 “He was really long out, came back immediately and looked like, ‘Wow, he is back’ and then everything settles slightly and that’s how it is.

“It is a completely normal situation, all fine, training well and, yes, nothing else to say actually, all fine.”

With the likes of Fabinho, Jordan Henderson, Thiago, Naby Keita, Curtis Jones, Alex Oxlade-Chamberlain and James Milner all competing for a spot in addition to Elliott, Klopp has been spoilt for choice.

It’s certainly understandable, therefore, that Elliott has not seen much action but it is still a talking point having been readily relied upon prior to his ankle injury.

But the teenager will be in contention for the trip to Forest on Sunday, with Klopp looking for a side that is “fresh enough, physically and mentally” to get the job done in the FA Cup.

While there is no guarantee of a start, the No. 67 could certainly have a role to play as the Reds hunt for another Wembley occasion in the semi-final.