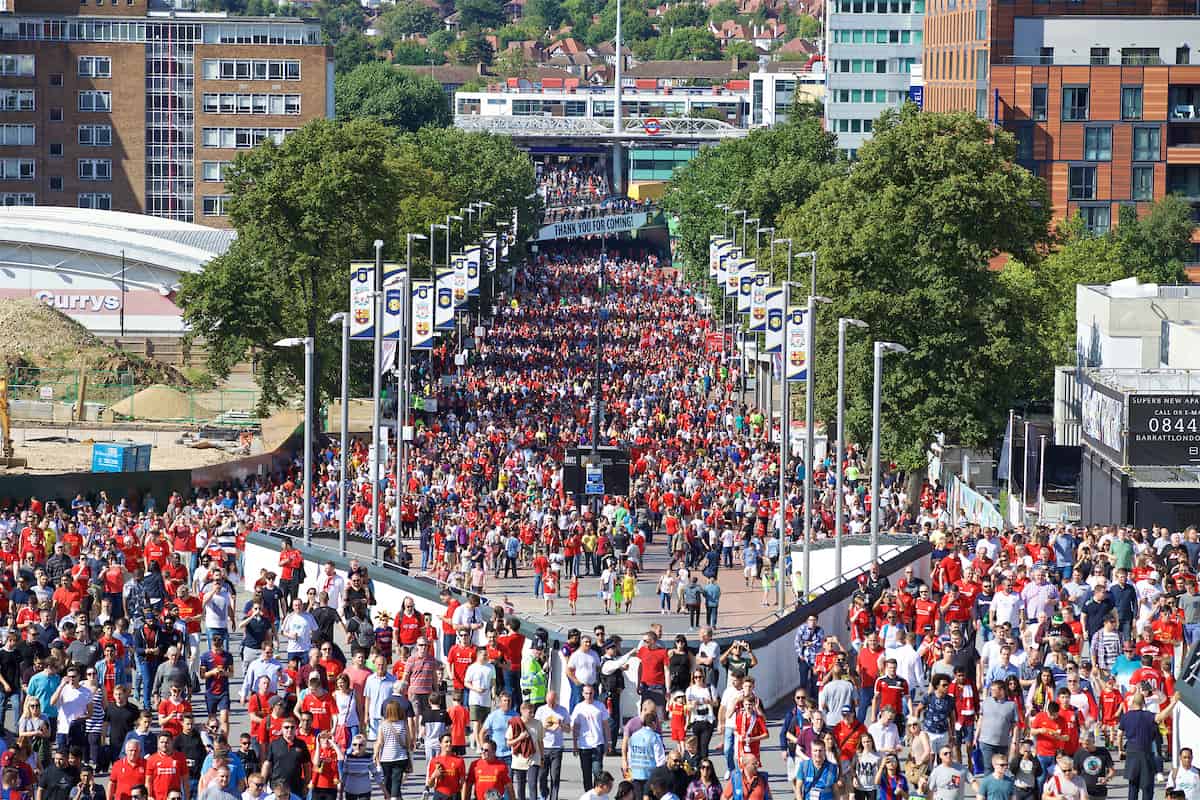 The FA have done little to soothe the disconnect between the north-west and London for Liverpool’s FA Cup semi-final meeting with Man City, offering a measly number of free buses to fans.

Liverpool’s FA Cup semi-final clash with Man City has been confirmed to take place on Saturday, April 16 with kickoff scheduled for 3.30pm (BST).

The Easter weekend event, however, takes place during engineering works on the train lines which the FA were informed of last year by Network Rail.

With severely disrupted travel for Liverpool and Man City fans, calls came from supporter groups and the mayors of Greater Manchester and the Liverpool City Region to move the match from Wembley.

But with a 30-year agreement to host all FA Cup semi-finals and finals at the national stadium due to a financial necessity, the likelihood of a change was always near on impossible. 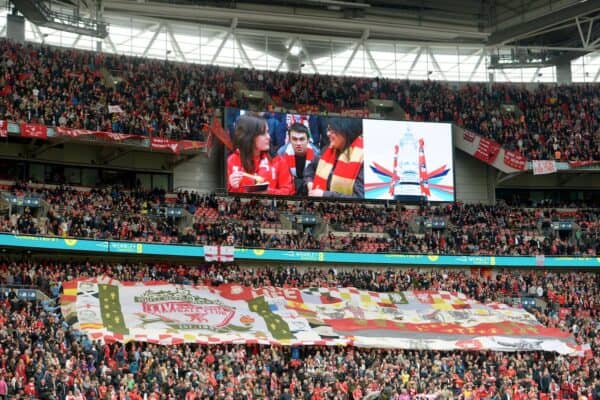 Many, therefore, expected significant support from the FA for fans to be able to make the journey south but only 100 free buses from Anfield and the Etihad Stadium have been confirmed.

That caters for approximately 5,000 fans of more than 60,000 expected to attend from both clubs, it hardly makes a dent and fans were quick to have their say on social media:

I naively presumed the FA might pull out all the stops to help travelling supporters in order to offset criticism resulting from the money-driven decision to keep the semi-finals at Wembley. To cater for just 5,000 of the 60,000 or so who will be travelling is pure contempt.

FA throwing out crumbs, hoping people are desperate enough to pick them up.

The FA will provide 100 free buses on FA Cup semi-final day from outside the Etihad and Anfield.

A good start but that will only accommodate for 5,000 fans. What about the rest?

The FA isn't even meeting the fans halfway.

Some free buses are not a solution, they are just a less shit fudge. https://t.co/84JTH2nPzN

A year ago fans were told how important they were to clubs and associations. Now this. Not good enough @FA ? https://t.co/EOOT7BsKH1

It did not take long for fans to be forgotten despite the constant nod to their importance throughout the pandemic when games were silent and soulless in their absence.