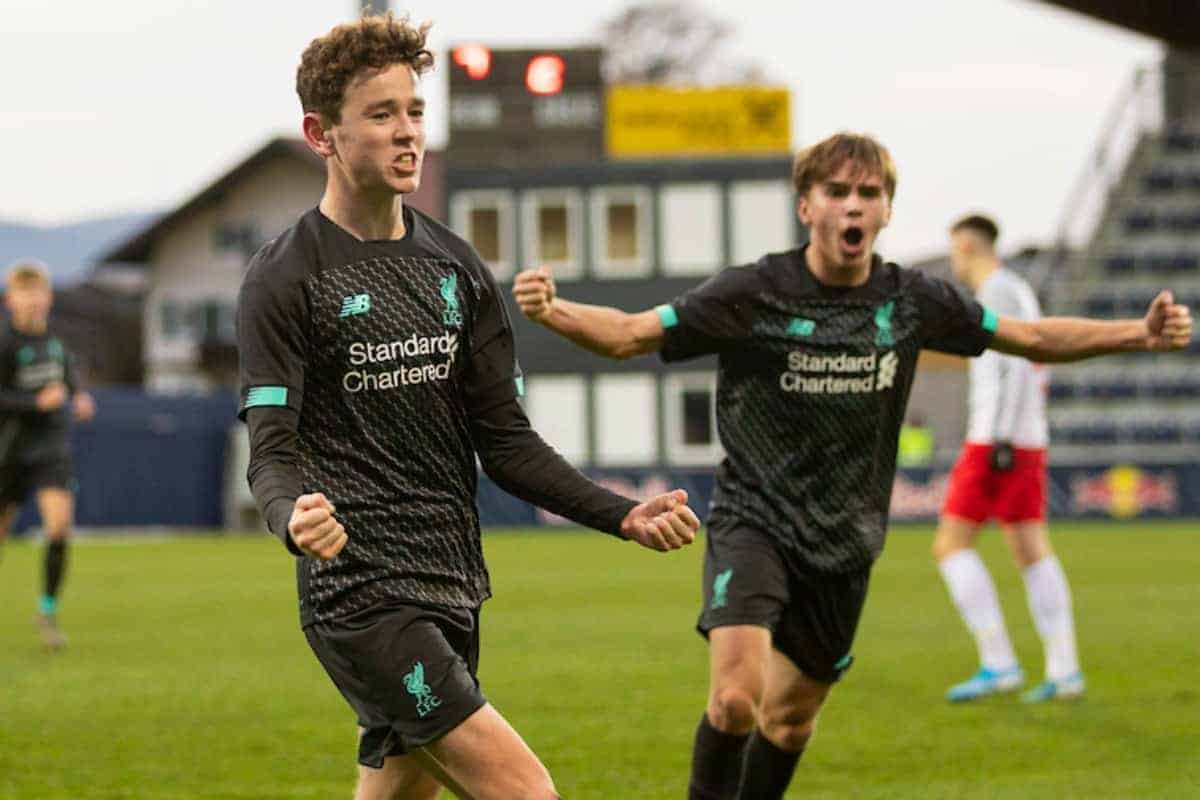 Liverpool have received a surprise international call-up for young midfielder Tom Hill, despite the 19-year-old having not played in any capacity in 18 months.

Hill has been sidelined since September 2020, when he required surgery on an ACL injury he suffered in training with the under-23s.

The teenager has missed almost two full seasons as a result, but is nearing his return for the Liverpool academy after undergoing his rehabilitation alongside another long-term absentee in Layton Stewart.

But before he has even stepped foot on the pitch for his club, Hill has been called up by the Republic of Ireland under-20s for their friendly against an Ireland Amateur XI on March 22.

It is Hill’s first-ever international call-up, with his Irish heritage allowing him to be included in Jim Crawford’s squad despite having been born and raised in Formby.

Whether he will join up with the national team remains to be seen, however, as he would almost certainly be advised by his club to take caution in his recovery.

The friendly is set to take place in Dublin, with Hill one of a number of players receiving a first-team call-up.

Liverpool handed Hill a new long-term contract a month after his injury in 2020, and speaking to LFCTV at the end of last year he set his sights on a “mid-to-late February” comeback.

That deadline has, of course, passed, but he may well have been training with the U23s as he works his way back to contention.

“The main thing for me is just to get some game time, get used to playing again, get used to contact,” he explained.

“Because obviously in rehab it’s just yourself, so getting used to being around players, contact and stuff.

“[So the aim is to] get some game time under my belt then hopefully push for the first team.”