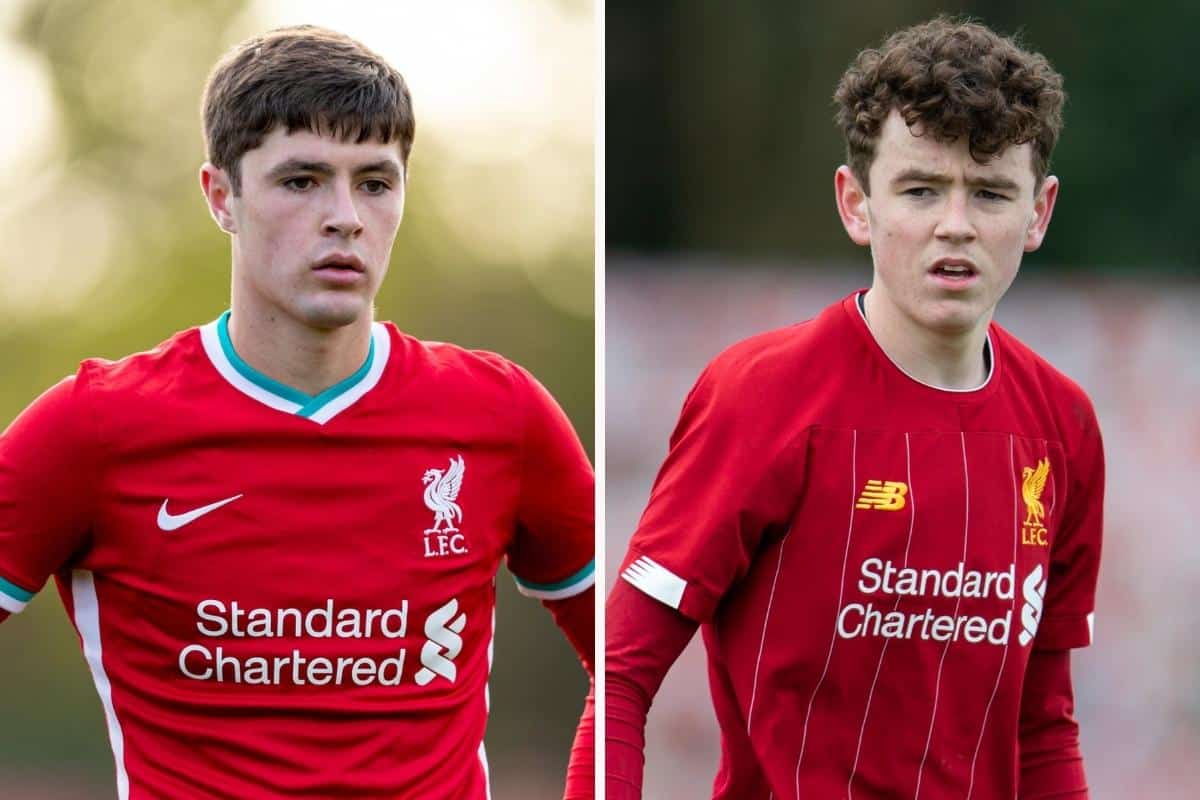 Liverpool under-23s duo Layton Stewart and Tom Hill are nearing their return to action after long-term knee injuries, with the pair providing a rare update on their recovery.

It has been a long time out for close friends Stewart and Hill, who were both on the fringes of the first team prior to being laid off with injuries.

For Hill, the time on the sidelines stands at 15 months, having suffered an ACL injury in training with the U23s last September, while Stewart’s ACL was ruptured in a 1-1 draw with West Ham in March.

The duo have been out, then, for a combined 24 months so far, with the club allowing them to undergo their rehabilitation away from the cameras at Kirkby.

But speaking to LFCTV this week, they issued a welcome update on their return, with Stewart expecting to be the first back next month.

“Hopefully I should be back mid-January, with all the luck I need,” the striker said.

Meanwhile, Hill revealed: “I’m hoping mid-to-late February, but ask the physios, they’ll give you a better answer than me!” 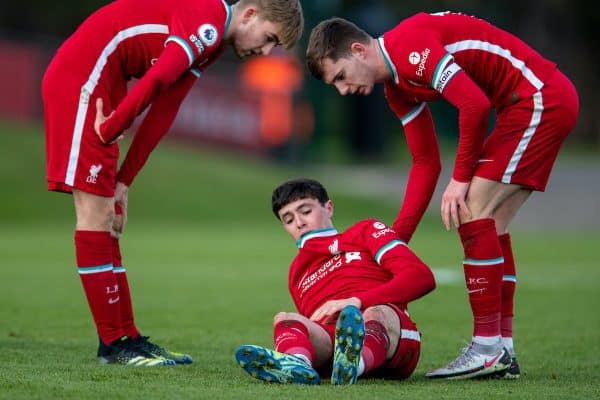 They are likely to rejoin the U23s squad for the time being, with a slow reintegration planned, though they have both set their sights on a breakthrough under Jurgen Klopp.

“Hopefully, my aim is to get in and around the first team as much as I can when I’m back.”

Hill added: “Similar to Layton, after being out for 15 months the main thing for me is just to get some game time, get used to playing again, get used to contact.

“Because obviously in rehab it’s just yourself, so getting used to being around players, contact and stuff.

“[So the aim is to] get some game time under my belt then hopefully push for the first team.”

Though they will be urged to stay realistic after such a lengthy spell out, it is not out of the realms of possibility that Stewart and Hill will be pencilled in for a first-team chance.

For Stewart, a new four-year contract in May was a sign of Liverpool’s faith, while Hill penned a new long-term deal of his own a month after his injury.