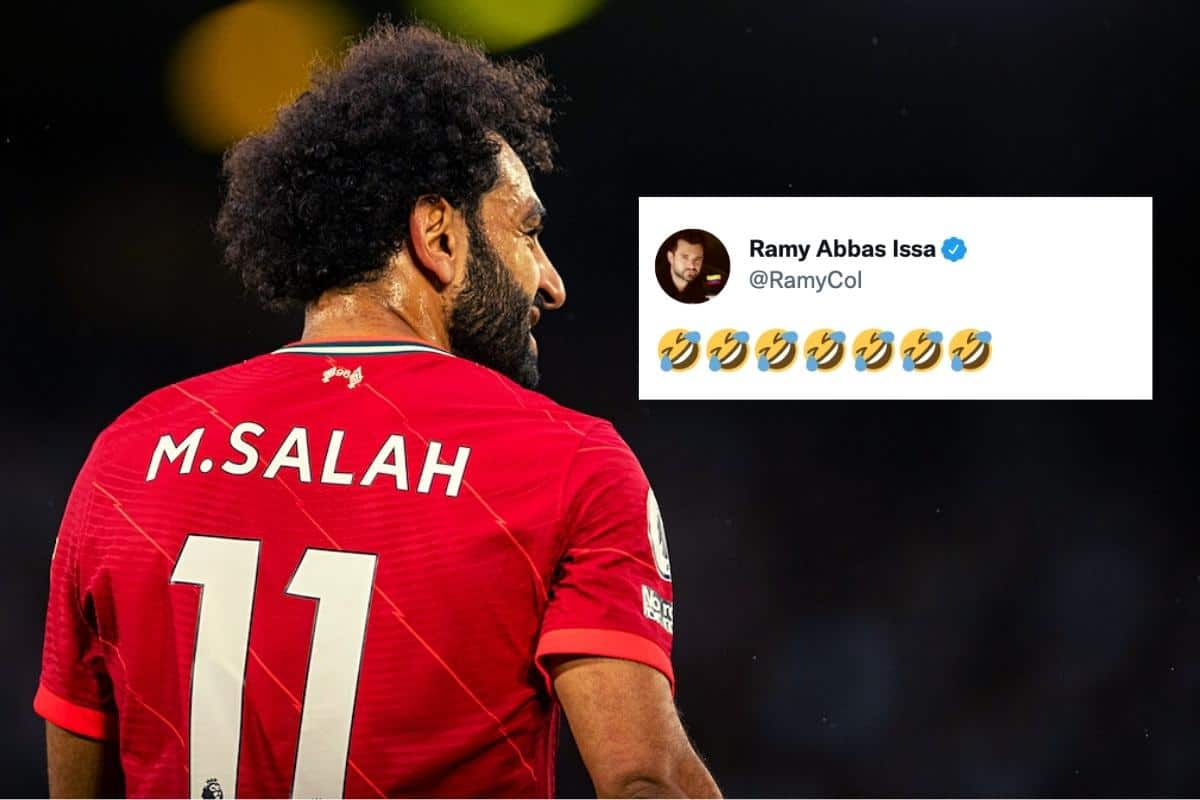 With 16 months remaining on his current deal and no fresh terms signed, the manager was asked about the situation on Friday and said “It’s Mo’s decision” with the club having done “what the club can do.”

It’s in direct contrast to Salah’s comments from late last year when he stipulated it was in the “club’s hands,” all of which paints a worrisome picture of the current state of affairs.

The manager would conclude that “It’s all completely fine. There’s no rush in that situation,” but it does suggest the club has signalled it is take it or leave it.

And as is often the case in situations pertaining to Salah, his agent, Abbas, looked to make a thinly veiled response on Twitter in the form of laughing emojis.

It certainly got Liverpool fans talking as a result, with various responses:

Does this guy have any personal relation to Mo? Can’t fathom why Salah sticks with him it seems like he’s the complete opposite of Mo regarding professionalism and standards. https://t.co/uhFnQvEKap

The agent's a piece of work – as they all tend to be, of course.

Hoping no-one makes the same mistake they made with Sterling; that the player's somehow got nothing to do with the way his EMPLOYEE acts. https://t.co/CALafXV1py

If this lad think he can go against Klopp then there is only one winner. https://t.co/37969XNiFT

This Mo situation seems to be ending with a conclusion that might not be popular, but necessary.

Don’t do this to me https://t.co/CPNSuTajs4

Not letting the Salah thing become a subplot to what could be a historic season. Nor will I read into what Klopp says, one way or another.

So he’s laughing at nigh on the world’s best manager basically ? Or calling him a liar ? If you’ve got something to say Ramy, be an adult and say it . https://t.co/lTSJ04DDNR

Use the Salah money on Klopp if this bell end keeps playing games imo https://t.co/OtNlJnJLxq

It is not the first time, nor will it be the last, that Abbas has taken to social media in circumstances such as these and it certainly is not always a good look.

As for Salah’s contract, it will remain a topic that is hotly debated and more so if it gets to the summer and no conclusion has been reached.