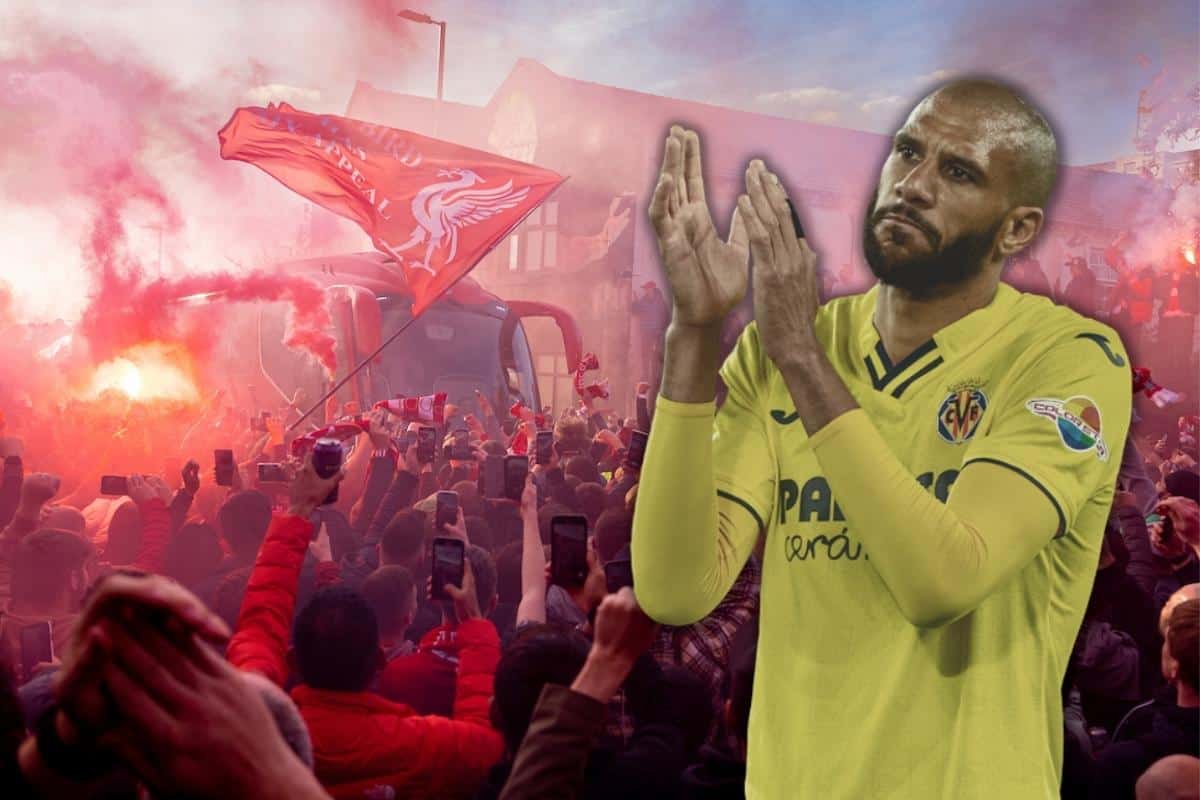 Liverpool masterfully nullified Villarreal’s game plan at Anfield and after first describing the ground as “hell,” Etienne Capoue had another comparison after his side’s 2-0 defeat.

There was no surprise to see Villarreal locked into position to try and stifle Jurgen Klopp‘s side at Anfield, nor their early time-wasting antics.

But after sustained pressure and one Liverpool wave after another, they came unstuck as Jordan Henderson instigated the opening goal before Sadio Mane added another two minutes later.

Anfield was in fine voice throughout to guide Klopp’s side to the final whistle with a healthy 2-0 advantage in their favour ahead of Tuesday’s second leg.

With only one shot and 27 percent of the possession, Liverpool locked Unai Emery’s side out of the contest and Capoue was not surprised about the “bad statistics.”

The former Tottenham and Watford midfielder is no stranger to Anfield and in the build-up described Liverpool’s home as “hell.”

But on Wednesday evening, he had an entirely different analogy to dish up.

“I don’t know, it’s like the sheep around the wolves,” he told LiveScore when asked what it was like to be in the middle of the Anfield atmosphere.

“Did I lie [when I said Anfield was hell]?” Capoue said with a laugh.

“I know the atmosphere here and know this team, they showed it again. I think it’s a bad result for us but we still have a little hope to do it at home.

“It was really hard tonight, but at home, it will be different because we know we are going to get some opportunities to score goals.

“Tonight was not great for us, we had a plan and it didn’t work.

“Football is like magic and we still have one game left and we have to play at home with passion and let’s make history.”

And yet some still like to utter the words that the Anfield atmosphere is a myth.