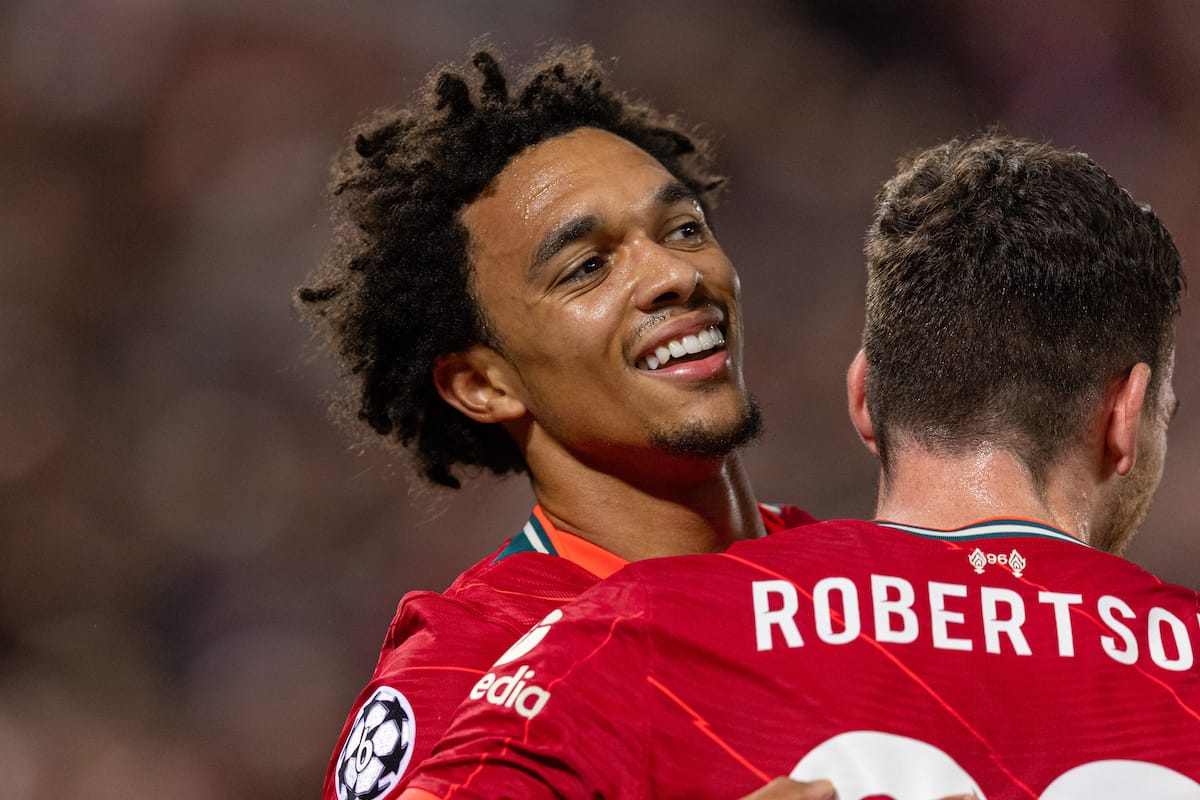 Liverpool’s fully fit squad no doubt provided Jurgen Klopp pause for thought with tonight’s selection, and he has made six changes to the XI with Trent Alexander-Arnold making his return.

The Reds’ European charge continues tonight, with Benfica the next side Klopp’s men must conquer to set up a third appearance in the Champions League semi-final since the German arrived.

The two clubs head into the match off the back of contrasting results, with Liverpool putting two unanswered goals beyond Watford after Benfica had suffered a defeat at the hands of Braga.

In what is the second game in a hectic month for the Reds, Alisson is aiming to help keep up the momentum with his 23rd clean sheet of the season.

Trent Alexander-Arnold marks his return from injury and sits next to Ibrahima Konate, Virgil van Dijk and Andy Robertson in the back four.

In midfield, Fabinho is back in from the off and will sit between Naby Keita and Thiago, widely considered the dream midfield trio.

Finally, in attack, Luis Diaz, who is no stranger to Benfica, is joined by Sadio Mane and Mohamed Salah.

A 12-man bench is available to Klopp tonight and he can make five changes from what is an impressive list of names. 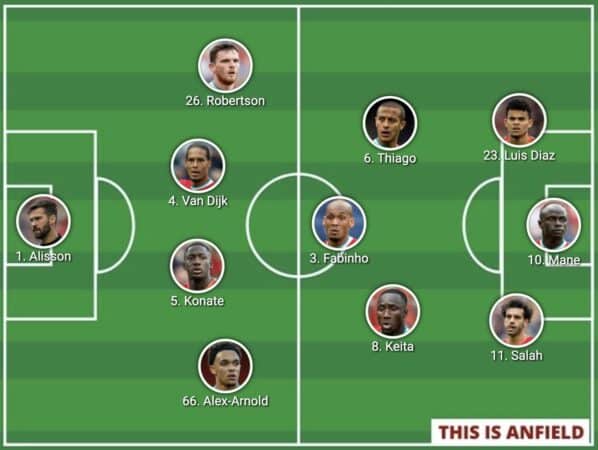