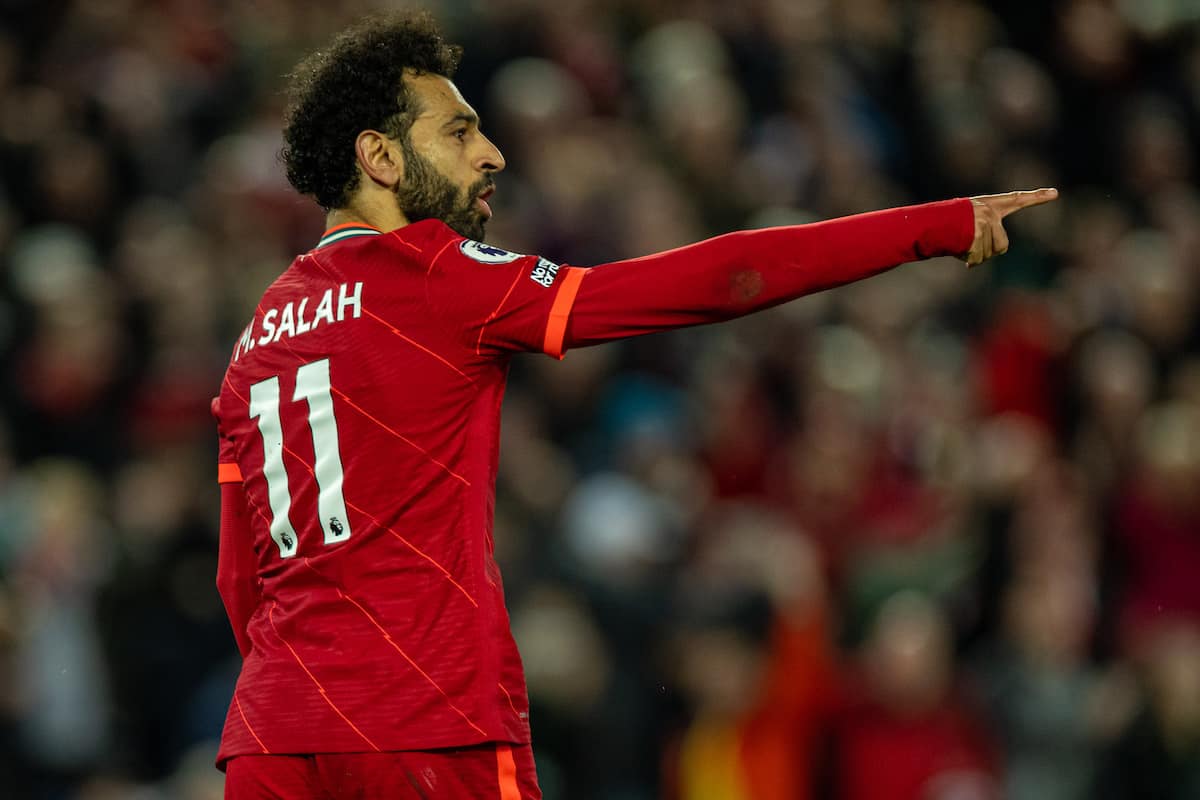 With Mo Salah providing an update on his contract talks with Liverpool, fans took to social media to speculate on his claim “not everything is about the money.”

In an interview with FourFourTwo, conducted on the day of the 2-0 win over Watford on April 2, Salah reiterated his desire to stay at Anfield.

But with his contract due to expire in 2023, and no resolution at this stage in talks over an extension, there remains the prospect that the Egyptian departs in just over a year’s time.

“I don’t know, I have one year left,” he said. “I think the fans know what I want, but in the contract it’s not everything about the money at all.

“So I don’t know, I can’t tell you exactly. I have one year left and the fans know what I want.”

Salah pledged that he would remain at Liverpool next season regardless, but his comments on “not everything is about the money” when it comes to the current impasse are open to interpretation.

Reacting to the update, supporters took to social media to discuss what Salah could have meant.

Many believe he may be after a longer deal…

I suspect its due to contract length. Perhaps he wants a 5 year deal that sees him out for the rest of his career at LFC. But do you offer a 31 year old (he's 30 in June) a 5 year deal?

Sounds like Salah wants to be offered a longer contract, it’s not just about the money.

“If it really isn’t money, I can only suspect it’s length of contract. Maybe he wants 5 years and the club think he’ll be way past it then.”

But others aren’t convinced it’s not about the money…

The obvious question here that fans will ask is what is it about if it's not about money?!

Reading between the lines, I'd say it still is really – it's just the length of contract rather than the weekly wage. He was quite pointed about naming five or six players who were still doing their thing at the top level well into their 30s.

No Mo, what do you want? If it's not about the money. https://t.co/VrBAe6TcCI

Sorry but the new contract for #Salah is very obviously about money. #LFC

“What does he want please? If it’s a cream egg I’ve got him.”

Of course it's about the money, it always is with modern day footballers and their agents.

“If it’s not about money why hasn’t he signed the contract then? The fans know what he wants? Yeah, half a million quid a week which is obscene and much as he’s an incredible player if the club give in to him then everyone will be expecting similar wages & we just can’t afford that. If you love the club so much Mo, sign the deal offered.”

"Not everything about the money"
"The fans know what I want"

It HAS to be about the money! https://t.co/kdOM9BRk2M

While some suggested Klopp’s future may be a deciding factor…

Knowing Salah, it's not just about the money, maybe length of contract and Klopp's extension beyond 2024. https://t.co/BJfMXbTomS

“I think also to do with klopp and when he leaves and who would be coming in!”

Might be a shot in the dark but maybe it isn’t about money with salah. What if it’s about klopps contract and will only sign if Klopp stays past 2024 as he believes in Klopp hugely?.

It had been claimed by journalists on Merseyside that there had been slight progress in talks between Salah’s agent and the club, with it expected that he eventually sign a new deal.

But there are clearly still obstacles in the way of an agreement, and it leaves Liverpool fans to stew on the prospect of losing the No. 11 by 2023.